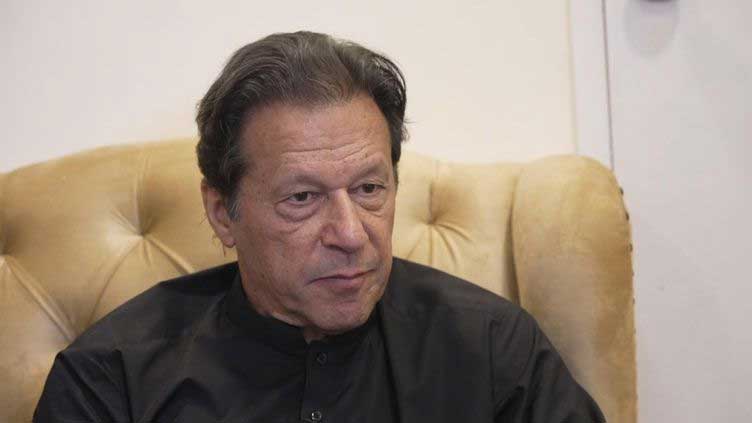 Pakistan Tehreek-e-Insaf (PTI) supremo and former Prime Minister Imran Khan on Tuesday while reiterating demand for independent investigation assassination bid said that his party rules in Punjab province and he was former premier of the country, yet he could not get a first information report lodged against three officials.

In an exclusive interview with TRT, the former premier, while expressing post attack feelings, said that psychologically he is more determined than ever after the assassination bid, adding that he predicted this four months ago that there was a plot against him in a closed room by using extremism in same way as Punjab governor Salman Taseer was assassinated.

“(There was) the whole sequence of events, with a video first manufactured by a certain agency, showing me as if I am committing blasphemy, which is picked up by one of the pro-government journalists and then it is run on national, government-owned television,” he said.

“It was all part of a plan to make it out that eventually, some fanatic had killed me,” Imran said.

The PTI chief claimed that there were seven people behind the assassination attempt, adding that in the first phase, four people planned to kill me, and now three more people wanted to kill him. “I have told the public three people’s names because they are too powerful, even If I have a bulletproof car, my life will be in danger,” said Imran Khan.

The former premier pointed out that despite having a government in Punjab he had been unsuccessful in registering a first information report (FIR) of the attack. “But the Punjab police refused. Who is controlling the Punjab police?”

Imran Khan added that “My party rules in Punjab […] I’m the ex-prime minister and the head of the largest political force in the country, yet I could not get a case registered against these three people.

“I know they were involved. I know that these three people will be implicated. But even then I can’t register an FIR against them,” he stated.

After the attack on Imran Khan; the police contacted the deputy speaker to arrest the PTI member of the assembly in the case of protest in the red zone.