Türkiye could install another 1,000 megawatts (MW) in wind energy capacity next year, an addition that could attract $1 billion (TL 18.57 billion) in fresh investments, an executive said Saturday.

Türkiye’s installed wind energy capacity will reach 12,000 MW heading toward the end of the year, a threshold that will be exceeded in the first quarter of 2023, Turkish Wind Energy Association (TÜREB) head Ibrahim Erden said.

“My guess is that close to 1,000 megawatts will be added in Türkiye by the end of next year. The investment equivalent of this is at the level of about $1 billion,” Erden said in a statement, also citing the energy crisis around the world marked by soaring prices.

Türkiye is still highly dependent on imports to cover its energy needs, which leaves it vulnerable to rising costs that skyrocketed following Russia’s invasion of Ukraine. To boost its renewable energy production, it launched large-scale projects and began solar and wind power station tenders.

Renewables accounted for more than 95% of new capacity increases in the country last year. The total installed electricity capacity reached over 100 gigawatts by the end of March this year, with more than half from renewables, including hydro, wind, solar and geothermal.

Erden said Türkiye could be adding about 3,000 MW in wind energy capacity per year through the effective use of financing, human resources, engineering power and equipment production.

Some 1,750 MW in wind energy capacity were added throughout 2021, according to the Turkish Wind Energy Association, the highest annual addition to date. A previous record increase was recorded in 2016 with 1,248 MW.

The total wind energy installed capacity reached 10,750 MW by the end of 2021, according to the TÜREB.

Erden also said Türkiye’s exports of wind turbines and equipment are estimated to exceed 1.5 billion euros this year, a figure that he said is seen increasing by at least 10% in 2023.

The country last year exported approximately $1.49 billion worth of wind turbines and equipment to nearly 50 countries. 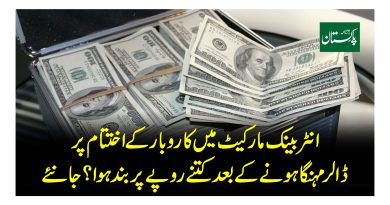 At the end of business in the inter-bank market, the dollar closed at how much rupees? know

Used-car prices are still sky-high, but they may be easing