This is the first in a three-part series on Roraima in the context of Brazil’s general elections. The project was supported by the Pulitzer Center’s Rainforest Journalism Fund.

Normandia, Brazil – Cheers and applause greet Joenia Wapichana as she arrives at a political campaign event in the Raposa Serra do Sol Indigenous territory in northern Brazil.

In 2018, Wapichana became the country’s first Indigenous woman elected to Congress; today, she seeks a second term for the Amazonian state of Roraima, where far-right President Jair Bolsonaro has more support than in any other state, according to recent polls.

But Wapichana says Bolsonaro has been a disaster for Indigenous communities across Brazil, as his pro-mining rhetoric fuels the growth of illegal gold mining operations on Indigenous lands.

“From the moment he opens his mouth to talk about the absurd, illegal, illicit issues that he supports, he puts the lives of the Indigenous people at risk,” she told Al Jazeera in a rare interview with foreign media.

Highlighting the importance of Indigenous political representation, she added: “Thirteen percent of Brazil is Indigenous territories, yet in Congress, they make decisions without our participation.”

Indigenous advocacy groups hail Wapichana as a trailblazer, and this year, a record number of Indigenous candidates — more than 180 — have registered to run in Brazil’s October 2 elections. Yet, with campaigns on shoestring budgets, lacking traditional political party structure and wealthy donors, many face an uphill battle.

“It’s a frontier state with a mainly conservative population that mostly shares the president’s views on family, land use and Indigenous rights,” political scientist Paulo Racoski, who teaches at the Federal Institute of Roraima, told Al Jazeera.

He highlighted several of Bolsonaro’s past claims, including that Indigenous people have too much land for their population numbers and that if he were “king” of Roraima, its economy would rival that of Japan or China on account of the state’s mineral wealth.

“Despite being mostly untrue, these are messages that resonate,” Racoski said.

In the 16th century, Spanish conquistadors scoured Roraima for the mythical, gold-rich kingdom of El Dorado. In the late 20th century, thousands of migrants from across Brazil, and especially the poorer northeastern region, flocked here in search of opportunities. Many ended up working as gold miners on the Yanomami Indigenous territory, which, since Bolsonaro’s election, has seen a new uptick in illegal mining and related violence.

Today, while there are no legal gold mines operating in Roraima, a seven-metre-high monument to miners outside the legislative assembly in the capital Boa Vista is emblematic of the state’s relationship with mining.

“Politically, it’s tough for a candidate to confront the interests of wildcat mining in the state,” Alisson Marugal, a federal prosecutor based in Roraima, told Al Jazeera. “It plays a large part in the economy.”

Last October, Bolsonaro visited an illegal mining site in Raposa Serra do Sol and touted a proposed bill to legalise mining and other industrial-scale activities on Indigenous lands.

According to Roraima’s Indigenous Council, the state’s largest Indigenous rights group, more than 4,000 illegal miners have operated on the Raposa Serra do Sol reserve since Bolsonaro took office in 2019. The council has presented federal prosecutors with a report listing alleged human rights violations linked to these operations.

“The invasion of illegal miners causes environmental degradation, deforestation, pollution of rivers, streams and lakes, an increase in cattle and vehicle thefts, high rates of malaria, STDs and COVID-19 in communities,” notes the report, a copy of which was seen by Al Jazeera.

In April, three people were shot to death in the territory, in a killing authorities alleged might have been tied to illegal mining debts.

This has led some locals to take matters into their own hands. In one recent example, a surveillance group organised by Indigenous guardians in Raposa Serra do Sol in June burned a raft used by illegal miners to extract gold on the Ireng River, near the border with Guyana.

During Roraima’s recent rainy season, Al Jazeera joined three Indigenous guides on an expedition through flooded plains to one of several illegal mining sites at the base of a sacred local mountain known as Serra do Atola, and surveyed the area with a drone. The destruction was striking: the mining encampment opened up like a brown scar across the otherwise green landscape, with dozens of mining pits, some covered by blue tarpaulin to protect miners from the elements.

“Lots of strange people pass through here,” said one of the Indigenous guides, who asked to remain anonymous for security reasons. The guides said that because of the recent heavy rains, the number of miners was temporarily reduced, but they would flow back in again for the dry season.

Roraima’s Indigenous Council says that businesspeople and politicians from outside the reserve have financed the mining, taking a percentage of the gold extracted, while Indigenous people have often been exploited as cheap labour.

“There is no Indigenous person here that has gotten rich from illegal mining,” Bartolomeu da Silva Tomaz, running for Roraima as Brazil’s only Indigenous Senate candidate, told Al Jazeera.

If elected, he says he would make the removal of illegal miners from Indigenous lands a top priority — a bold position in a state whose economy is sustained in part by illegal mining, according to federal prosecutors.

Today, more than 26,000 Indigenous people from five ethnic groups live on the 17,470sq-km (6,745sq-mile) Raposa Serra do Sol territory, which borders Venezuela and Guyana. Unlike many Amazonian Indigenous lands covered in lush rainforest, Raposa Serra do Sol is mostly tropical savannah. Cattle ranching, often associated with deforestation, is also permitted in the area.

In all of Brazil, which is home to some 900,000 Indigenous people from more than 300 ethnic groups, Roraima has the largest Indigenous population, at more than 55,000. Nearly half of its territory comprises Indigenous lands, and yet, there is no Indigenous representative on its 24-seat state assembly.

“Today we have a voice in Brasilia, which is our lawmaker Joenia Wapichana,” Aldenir Wapichana, an Indigenous leader who is running to be a state legislator, told Al Jazeera. “But on a state level, we still don’t have dignified representation … It’s important to defend our rights, in health, in education.”

He praised the work of Lula da Silva, who is running again to unseat Bolsonaro and leads polls by a double-digit margin, in ensuring that Raposa Serra do Sol gained full protected status in 2005. Bolsonaro has previously said he would “undo” this demarcation, even though he does not have the power to make that change, and arm local farmers “with rifles”.

In Brazil’s 2018 elections, Normandia, Uiramuta and Pacaraima, located within the limits of Raposa Serra do Sol, voted against Bolsonaro — the only three municipalities in Roraima to do so. A rock painted with the words “Get Out Bolsonaro” sits near an entrance to Normandia.

Still, public opinion on Bolsonaro remains divided in this region.

Last year, the Society for the Defence of the United Indians of Roraima, which opposes the Indigenous Council’s leadership and advocates for mining and other activities, invited Bolsonaro to an illegal mining site in the Flexal community, where he touted the bill to legalise mining. The group’s leader, Irisnaide Silva, is also running for Congress against Joenia Wapichana.

While Silva did not respond to Al Jazeera’s request for comment, she has publicly described herself as “the Indigenous woman who defends development”.

In Brazil, political parties are allocated public funding based on how many seats they have in Congress. Joenia Wapichana’s Sustainability Network has only two seats in the lower house, compared with 77 for Bolsonaro’s Liberal Party.

Candidates may also receive private donations from individuals, a system that tends to favour those who represent mining or agricultural interests. In addition, candidates can use their own money to help fund their campaigns.

Joenia Wapichana, who declared 20,000 Brazilian reals ($3,900) in assets this year, is competing against Rodrigo Cataratas, a pro-mining businessperson and Liberal Party supporter of Bolsonaro who declared 33 million Brazilian reals ($6.45m) in assets, for one of eight congressional seats for Roraima. The fight promises to be a tough one, and it will not end on election day.

If re-elected with enough support in Congress, Bolsonaro could try to push through his long-planned bill to allow mining and other industrial activities on Indigenous lands. As is the case with many Indigenous territories, official requests from companies to mine in Raposa Serra do Sol, including proposals for both gold and diamond mines, have increased since Bolsonaro took office, according to data compiled by the monitoring group Amazonia Minada and seen by Al Jazeera.

Some fear that a long-planned hydroelectric dam on the Cotingo River, a project considered strategic by mining interests, could also be resurrected in the event of Bolsonaro’s victory, posing a flood risk to many communities in Raposa Serra do Sol.

“If Bolsonaro is re-elected, we will see a continuation of anti-Indigenous policies,” Antenor Vaz, a former coordinator with Brazil’s Indigenous agency Funai who now works as an independent consultant, told Al Jazeera. “Raposa Serra do Sol would face even more pressure from illegal gold miners, as well as large landowners from outside the reserve.”

Back at her campaign event, Joenia Wapichana maintains that Indigenous representation in Congress is vitally important, both for Brazil and for the planet as a whole. 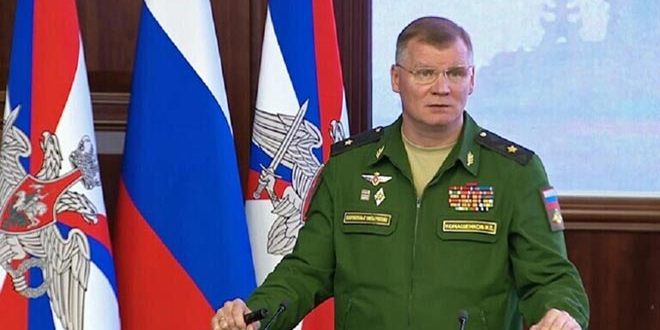 Saudi airline has 1st ever flight with all-female crew