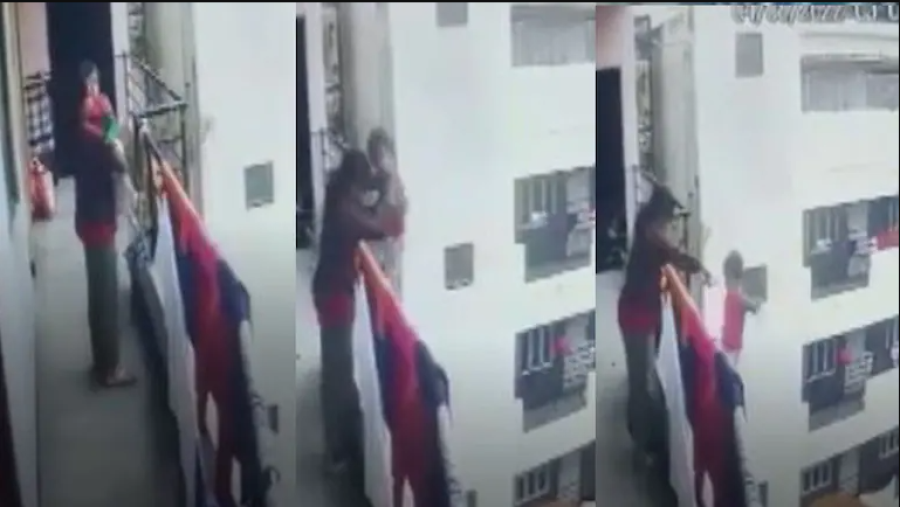 Bangalore (Daily Pakistan Online) In Bangalore, the capital of the Indian state of Karnataka, a mother killed her five-year-old mentally disabled daughter by throwing her from the fourth floor of an apartment building.

According to India Today, in the video of the incident, it can be seen that the mother threw her five-year-old daughter down from the building and after a few seconds she herself climbed over the railing. Before the woman could jump herself, bystanders pulled her down.

Officials say that the girl was mentally challenged due to which her mother was suffering from severe depression. The police have arrested the accused and registered a case. The Deputy Commissioner of Police says that the matter is being further investigated.