Stefanos Tsitsipas branded Nick Kyrgios “a bully” with an “evil side” after losing a stormy Wimbledon clash on Saturday.

“It’s constant bullying, that’s what he does,” the Greek fourth seed said in his post-match press conference after their third-round match.

“He bullies the opponents. He was probably a bully at school himself. I don’t like bullies.

“He has some good traits in his character, as well.

“But… he also has a very evil side to him, which if it’s exposed, it can really do a lot of harm and bad to the people around him.”

Kyrgios even demanded the Tsitsipas be defaulted for hitting the ball into the crowd.

Tsitsipas admitted he deliberately hit the ball at Kyrgios at one stage in an effort to quieten the Australian.

“I was aiming for the body of my opponent but I missed by a lot,” he said.

“This needs to stop. It’s not okay. Someone needs to sit down with him and talk. I’m not used to play this way.

“But I cannot just sit there, act like a robot and act like someone that is completely cold and ignorant.

Kyrgios, in his own press conference, said he understood why Tsitsipas would be upset after losing two times in recent weeks, including in Halle.

“Maybe he should figure out how to beat me a couple more times first and then get to that,” he said.

Kyrgios claimed he had been the victim of bullying on the court.

“I did nothing towards Stefanos today that was disrespectful.”

“He’s soft to come in here and say I bullied him. We’re not cut from the same cloth. If he’s affected by that, then that’s what’s holding him back,” he added.

After sealing his victory, the 2014 quarter-finalist said he had fancied his chances coming into the match after his recent win against the fourth seed on the grass in Germany.

“He’s a hell of a player. He knows how to beat me — he’s beaten me once,” said the 40th-ranked Australian, who now has a 4-1 winning record against the Greek player.

“It’s amazing, everywhere I go I seem to have full stadiums. The media loves to say I’m bad for the sport but clearly I’m not.”

Kyrgios, who received an obscenity warning, did not lose his serve in the entire match, saving all five break points he faced and winning 81 percent of his first-serve points.

There was little hint of the drama to come when 23-year-old Tsitsipas edged a first-set tie-break.

But the match descended into mayhem when a frustrated Tsitsipas hit the ball into the crowd after losing the second set, for which he received a warning.

Kyrgios said Tsitsipas should be kicked out of Wimbledon, recalling the incident at the US Open in 2020 when Novak Djokovic was defaulted from the tournament after hitting a line judge with a ball.

In astonishing scenes, the Australian called the umpire a “disgrace”, demanding to speak to supervisors and saying he would not continue until the situation was resolved.

“You can’t hit a ball into the crowd and hit someone and not get defaulted,” he said.

At that point Tsitsipas left the court but returned to boos in an increasingly volatile atmosphere on Court One.

Kyrgios, now on top against a clearly rattled Tsitsipas, broke in the fourth game of the third set.

Later in the set, Tsitsipas was given a point penalty for hitting the ball in frustration towards the back of the court after a Kyrgios underarm serve.

The 2019 ATP Finals champion appeared to aim shots in the direction of the Australian while Kyrgios continued to talk between points and bowed to the crowd at 5-3 following a winning drop shot.

Kyrgios won the set and immediately put pressure on Tsitsipas at the beginning of the fourth set but neither player could force a break despite multiple opportunities.

At 4-4 play was suspended for the roof to be closed and the match went to a nail-biting tie-break.

Tsitsipas had set points to draw level in the match but it was Kyrgios who came out on top when his opponent netted after a drop shot.

The Australian will play 20-year-old American Brandon Nakashima, the world number 56, in the last 16. 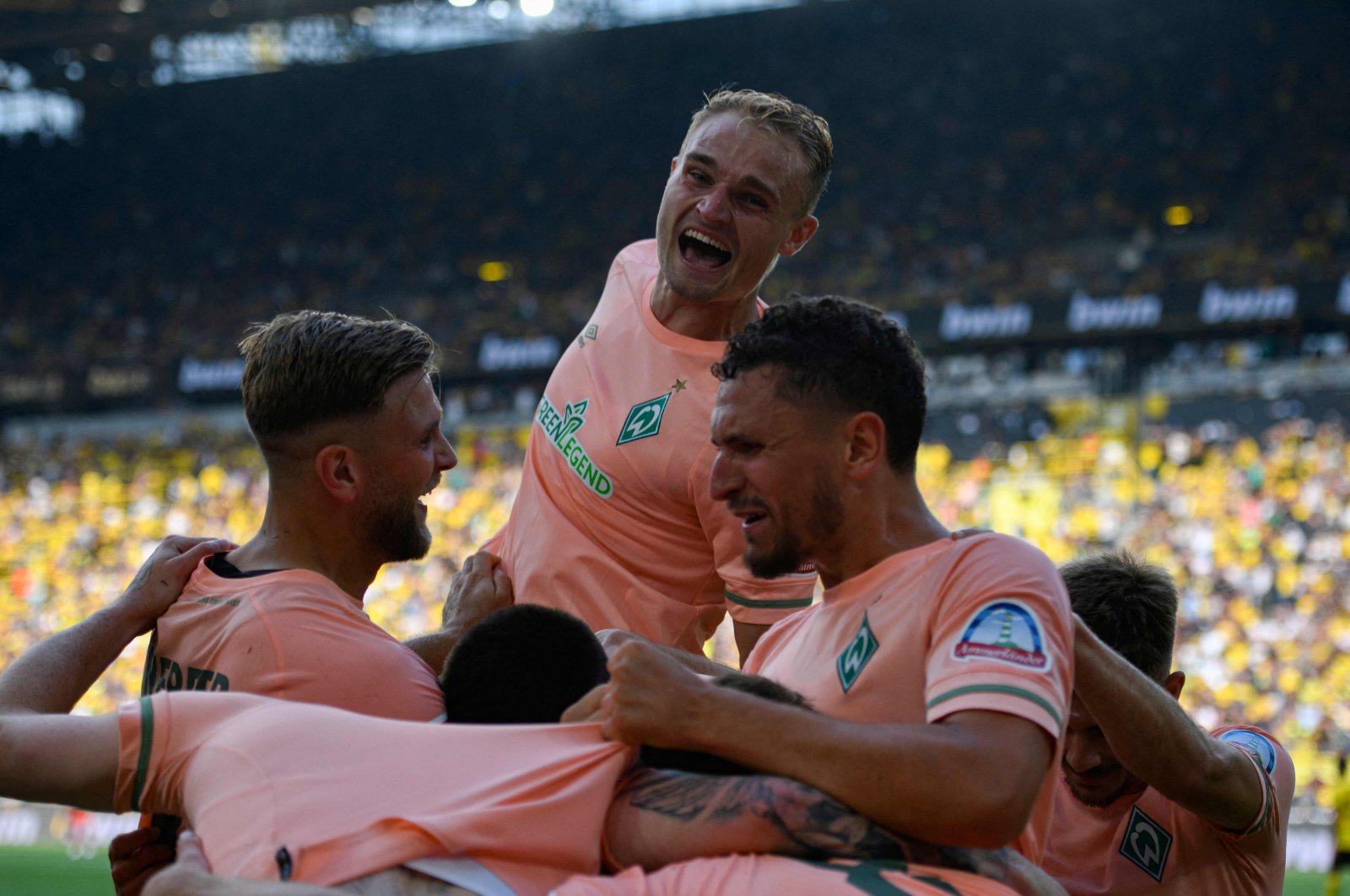