Bicycles are also out of reach of the common man, spare parts are expensive, large stocks actually earn … 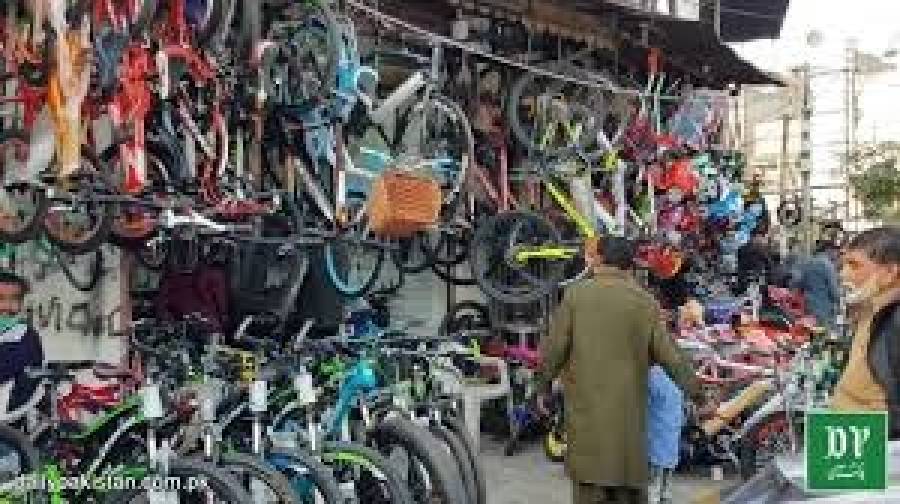 Lahore (From Afzal Iftikhar) The effects of the growing energy crisis in the country began to spread on them. Prices of bicycles and their spare parts went up in the country’s major bicycle market. With the sharp rise in oil prices and rising electricity prices in the country, the price of a 22-inch ordinary bicycle has gone up from Rs 10,000 to Rs 16,000, while a 20-inch domestic bicycle is now being sold at Rs 15,000 instead of Rs 9,000. The prices of bicycles have become completely unaffordable. They are being sold at Rs. 20,000, Rs. 35,000 and Rs. 40,000 respectively depending on the size and quality. Professional bicycles are available at prices ranging from Rs 30,000 to Rs 500,000. Similarly, bicycle tires and other spare parts have not only become more expensive but have become much more expensive. A survey of the Blue Dome bicycle market also found that the cost of manufacturing spare parts has increased. Shopkeeper Kabir Butt said that it has been a business for years but he did not see the common man so upset. Our sales have definitely increased. We sell the goods as we get them. The average shopkeeper saves a living. The real earnings are from the big stockholders whose four fingers are in the ghee. Ordinary people are once again buying bicycles for many reasons, but the biggest one is the rising price of petrol. Feroz Butt, Shahbaz Ali, Khurram Khan, Sohail Ali and Zubair Mohammad, who came to the market to buy bicycles, told Daily Pakistan that the distance from home to the shop is 11 km. Has decided to go to the shop on a motorcycle from time to time, using a bicycle will save petrol as well as health by cycling. Akhtar Ali from Patoki said that he sells small items in remote villages on his bicycle. My bicycle was stolen and he came to get a new one.

Thinking about buying a car? Here’s what experts say you need to know