Coco Gauff is not afraid to admit it. During the summer of 2019, when she suddenly emerged as tennis’s next superstar aged just 15, she briefly fell into the trap of believing her own hype.

Beating Venus Williams at Wimbledon, and progressing to the fourth round – the youngest player to do so in 29 years – Gauff found herself splashed across the front pages, overnight billed as a contender for every tournament she entered.

Three months later, at the US Open, she was thrashed by then reigning champion Naomi Osaka in the third round. Gauff, she admits now, was crushed. “It wasn’t that I believed I could win the tournament,” says Gauff, reflecting on her tears at Arthur Ashe Stadium.

“It’s that I expected to. The Naomi match [at the US Open], now I look back at it I’d say there was no chance that girl would beat her, but in my head at the time it felt like I had to win. At 15, I just put so much on myself.”

Alongside the insane highs of teenage stardom, Gauff – who is still only 18 – is realistic in recounting her angst-ridden first year on tour, with a refreshing ability to laugh at her younger self.

She speaks about being 15 the way an older, wiser sister might – with a mixture of protectiveness and lighthearted ridicule. When she meets up with Telegraph Sport in Berlin, fresh from reaching the French Open final, fans crane their necks to catch a glimpse of her.

The spotlight is constant, but Gauff is unfailingly polite and patient with every person she meets – introducing herself by name and thanking them for their time.

Walking into the players’ tent, she wears an easy smile, greeting fellow players and giving a little wave to her father and coach Corey, who sits out of earshot across the room on a sofa. The intense pressure Gauff has experienced in her short career would have been grounds to make any parent feel protective.

Watch back the footage of the fresh-faced Gauff in her famous win over Williams, and the words “prodigy” and “future champion” were thrown around like sweets.

Overnight she achieved worldwide fame, major sponsorship deals and magazine cover shoots. Not that it was entirely unexpected – when she was barely out of primary school, the girl from Florida was already telling anyone who would listen: “I want to be the greatest”.

Aged 10, she was hand-picked to train with Patrick Mouratoglou, Serena Williams’s former coach. As a standout junior she won the French Open girls’ title aged 14 and reached the junior US Open final. But her life-altering graduation to the big leagues still took some getting used to.

Looking back on her breakthrough blur now Gauff wishes she could have offered her 15-year-old self some blunt advice. “I would say, ‘You’re crazy, you’re putting so much pressure on yourself’,” she laughs. “She was crazy.”

“I think I’ve learnt a lot over the last three years,” she says now. “That moment – beating Venus at Wimbledon – made me believe that my dreams were closer to reality than it felt. It was definitely a lot to deal with. The biggest thing I’ve learnt is you don’t have to care about what other people expect from you. Just enjoy the moment. I wasn’t enjoying the moment then.”

Heading into Wimbledon next week, Gauff’s mentality has changed significantly. Rather than a sports psychologist, or new coach, she credits the epiphany to solo walks around the Jardin des Tuileries during the French Open. She had just celebrated her high-school graduation, and was in reflective mood.

“It just kind of happened,” she says. “I would go on walks in the morning, people watch. You take a step back from life and your own head. Seeing the ducks in the lake, that little moment … I don’t know how to put it into words without sounding crazy, but it made me feel there’s more to life than tennis and that took a big weight off my shoulders. And I definitely played like that in Paris.”

With no entourage around her, she had space to think. “Usually before tournaments, especially during Covid, I would be in the hotel. I think I got too caught up in tennis, tennis, tennis. I almost had main-character syndrome.”

Achieving this “zen”, as she calls it, was key to making her first major final, as well as the doubles final with compatriot Jessica Pegula. Though she was well beaten by world No 1 Iga Swiatek, the dominant force in tennis, Gauff made as much progress off the court as she did on it.

“People come up to me and say they support me regardless of whether I win or lose, and it almost brings me to tears,” she says. “Because when I was younger, even 15 or 16, I would think that people would only like me if I won.”

It shows how grounded she remains – for which she credits her family. Pushy parents in tennis, in particular fathers who coach their daughters, have often gained unsavoury reputations – with high-profile examples of abuse and burnout before the player reaches their prime.

But Gauff’s father has ploughed a different path. Having coached her since she was six, he had the foresight recently to employ coach Diego Moyano to supplement her training.

“We’ve heard some horror stories in tennis regarding tennis dads,” she says. “I’m so thankful to my dad. Between him and my mum, he’s always the one pulling me out of tennis, telling me to go do something else if I’ve only been doing tennis for a few days.”

Her parents insisted she finish her schooling, and are intent on Gauff taking college classes alongside playing. They also encourage her to speak out on social issues that have hit close to home.

In 2020, at the height of the Black Lives Matter movement, Gauff made an off-the-cuff speech at a protest following the death of George Floyd at the hands of police officers. It went viral. And when she won her semi-final in Paris this month, she wrote “End gun violence” on the television camera lens in response to the school shooting in Texas.

“The first thing my dad said to me after I got off court: ‘I’m proud of you and I love what you wrote on the camera’,” she said at the time.

It is an activist streak that runs in her blood, she explains. Her maternal grandmother, Yvonne Lee, was the first black student to integrate her high school in Florida more than 60 years ago.

“Those are issues [racism and gun violence] that, regardless of politics you believe in, can definitely be resolved,” Gauff says. “I think for me it’s important to talk about that. If I don’t, I’m doing a disservice to my family, because my family – and my grandmother especially – have pretty much been activists, so I’d feel like I’m doing a disservice to the people that came before me, my ancestors.”

As she speaks, confidently traversing some of the most challenging issues of our time, it is easy to forget Gauff is still a teenager. Until she breezily switches into talking about the joy of life without homework, binge-watching RuPaul’s Drag Race, and her younger brothers mocking her French Open final defeat.

“My brothers cracked me up,” she says. “Codey [14] was like, ‘You’re in Paris and you just made a final and you’re crying’. To my youngest brother [Cameron, nine], he was like, ‘You’re going to turn into a meme! You better stop crying’. Codey probably doesn’t know how much making a joke in that moment meant, but it meant a lot to me.”

If she was crestfallen after losing in Paris, Gauff bounced back with ease reaching the semi-final in Berlin on grass. Now she is tipped as one of a new young generation of contenders at Wimbledon, including 21-year-old favourite Swiatek and US Open champion Emma Raducanu.

“It’s definitely a transition happening,” she says of her peers. “It’s pretty cool. Emma and Iga I didn’t know as well during juniors, but we always played some of the same tournaments though and played ITFs at the same time. To see everyone you’ve known for a long time doing well, it’s cool. I always root for Iga, Emma or Leylah [Fernandez] when I’m not playing them.”

Wimbledon, she insists, remains the tournament she feels most nervous at. Walking through the tunnel on to Centre Court, blaring rap music from J. Cole or Jaden Smith in her headphones, the juxtaposition between the teen spirit she represents and the “whole royalty thing” at SW19 is most stark to her.

“Other tournaments play into pop culture and urban areas, but there you feel like you’re the Queen.”

Knicks vs. Hawks: Trae Young smiles at MSG crowd’s obscene chant, says ‘I’ll see you in the A’ for Game 3 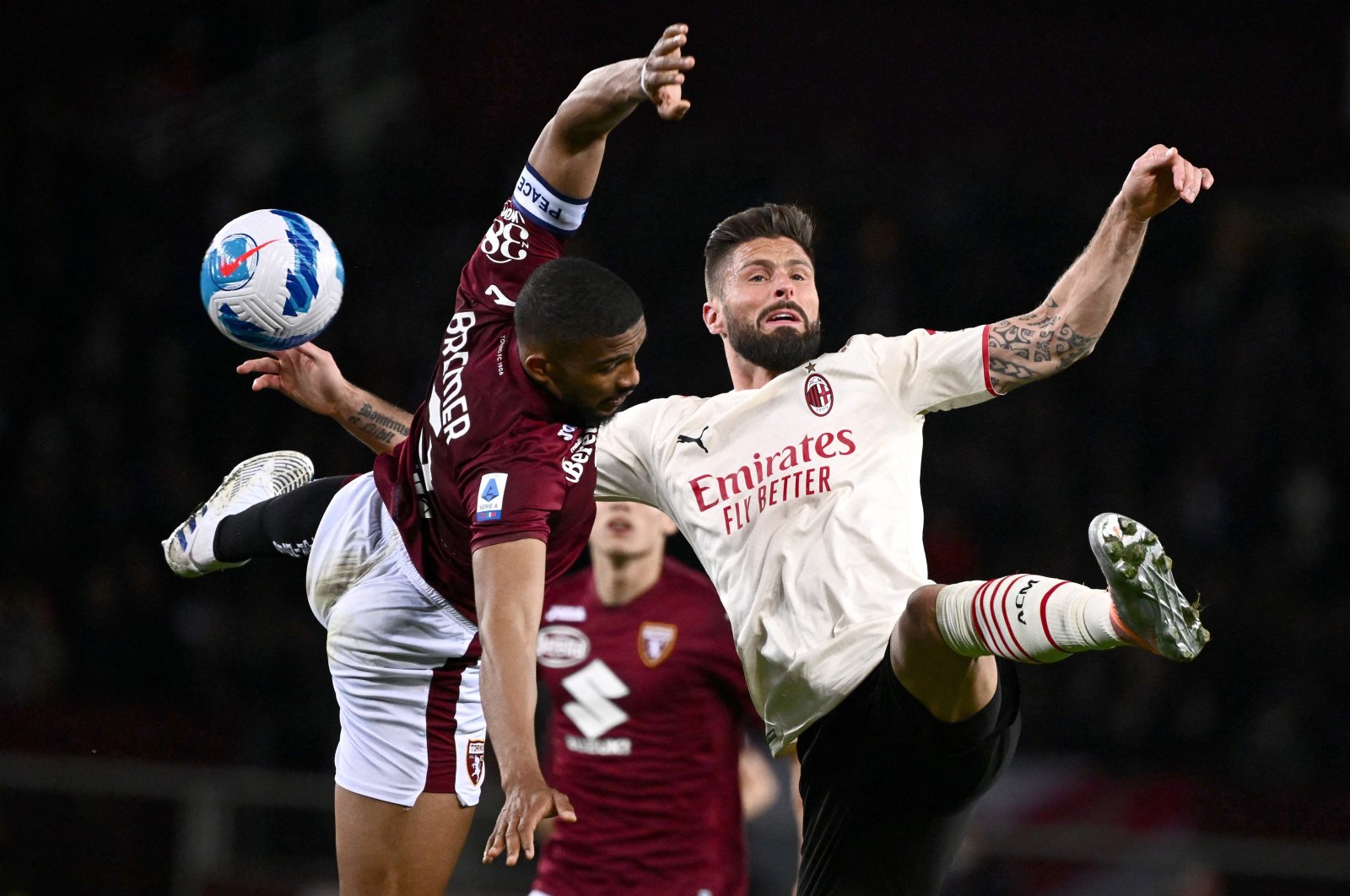