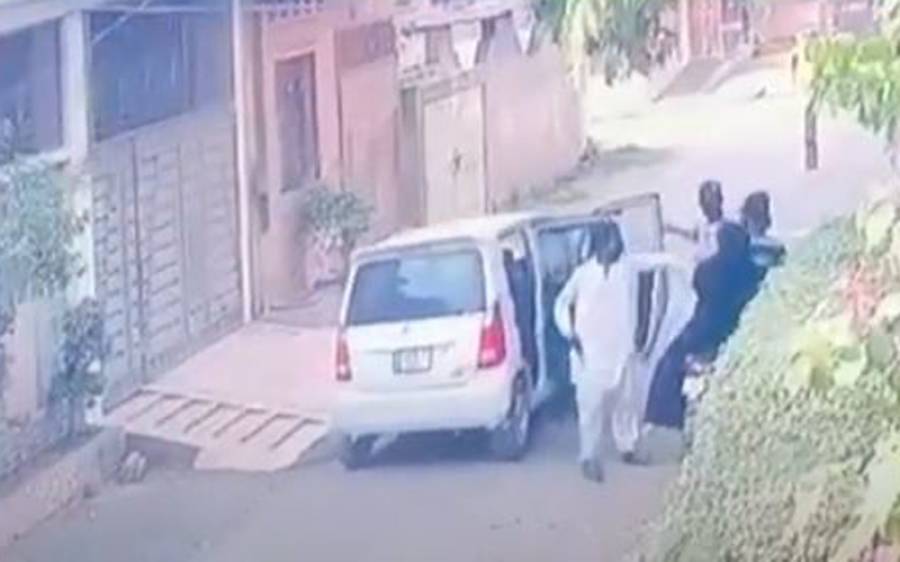 Lahore (Daily Pakistan Online): A 10th class student was abducted in broad daylight from Shadbagh area of ​​Lahore at gunpoint. A CCTV video of the incident has also come to light.

Private TV “Express News” quoted the police as saying that 17-year-old Isha Zulfiqar was returning home with her brother after passing the 10th class examination when four armed kidnappers abducted the students at gunpoint on the way home. CCTV footage shows the student being abducted by four armed kidnappers in a white car. The accused forced the girl into the car at gunpoint and fled. To kill him, Pistol Tana and Gol Bagh fled.

Police have registered a case against three persons including Abid Ilyas on the complaint of father Zulfiqar Ali. The CCPO, with the help of CCTV cameras and evidence, ordered the immediate arrest of the accused involved in the kidnapping.