For someone most often said to play tennis as if it were chess, Daniil Medvedev has had a white-knuckle ride into Sunday’s Australian Open final.

The quirky Russian world number two has polarised crowds, been taken to the brink, survived match point, staged amazing comebacks, had a furious meltdown with a chair umpire and yet he is into his fourth Grand Slam final.

Never afraid to speak his mind or vent his frustrations, 25-year-old Medvedev is closing on Novak Djokovic’s world number one ranking and is making his impact in world tennis.

He does it in his own distinctive style. Supremely confident in his ability, forthright, playing the unorthodox shot at critical stages of a match, but never dull, always unpredictable.

Should he conquer Grand Slam titan Rafael Nadal in the Australian Open final he will have won two majors to be equal with his country’s tennis elite, Yevgeny Kafelnikov and Marat Safin.

His gangly, elastic shot-making make him a tricky opponent, with a trusty two-fisted backhand and unconventional approach to constructing points.

“He’s a chess player. He hits the shot that he thinks is right for the moment, not because of where the score is, He’s just a really good tactician on court,” Wilander said.

Medvedev is a cerebral character. He excelled in physics and maths at school, graduating early and enrolling at a university in his native Moscow to study applied economics and commerce.

He keeps opponents guessing with his flat and low groundstrokes, while changing up the pace and angles, blending impenetrable defence with opportunistic offence.

But with the package comes a dark side to Medvedev.

His vein-popping tirade at chair umpire Jaume Campistol during his semi-final with frosty rival Stefanos Tsitsipas was startling.

Campistol had handed him a code violation for a “visible obscenity”, which triggered Medvedev at the changeover.

In an extraordinary meltdown Medvedev yelled “Bro, are you mad?”

“For what? And his (Tsitsipas) father can talk every point?”

He became more agitated repeating himself over again.

Then came the jaw-dropping: “Answer my question. Oh my God, you are so bad, man. How can you be so bad in the semi-final of a grand slam? Look at me, I am talking to you. Give him (a) coaching (violation) because his father is talking every point.”

As Medvedev left his chair to return to the court he warned Campistol: “If you don’t (give him a coaching warning)… you are — how can I say it — a small cat.”

He was subsequently fined $12,000 by Tennis Australia for the blowup.

“I regret it all the time, because I don’t think it’s nice. I know that every referee is trying to do their best.”

Medvedev, in trying to explain why he is so highly strung on the court, added: “I can get really emotional. I have been working on it.

“I think if we look back at myself five years ago when I started playing there was less attention on me, but I was just insanely crazy.”

He has the innate ability to wind up opponents and spectators alike with his take-no-prisoners approach.

So another opportunity at the Australian Open for Medvedev to make his impact on the men’s game.

“It’s been definitely emotional. It’s been a great run, and I’m happy that I have the chance for the title on Sunday.” 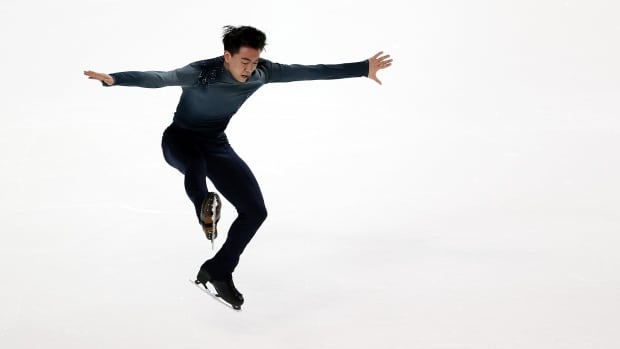