The meeting was convened to consider the following agenda:

Inaugurating the proceedings of the session, Khawaja Mohsin Abbas Secretary Lahore High Court Bar Association invited Siraj Ahmed Advocate to recite the Holy Quran and Muhammad Ashfaq Bhullar Advocate Supreme Court to receive the blessings of Naat Rasool Maqbool (Peace be upon him).
Rana Muhammad Asif Advocate High Court and Member Punjab Bar Council presented his resolution before the House. After which Khawaja Mohsin Abbas Secretary Lahore High Court Bar Association presented amendments in the Code of Conduct of Lahore High Court Bar Election Rules before the House. At the same time, he sought permission to withdraw money from the fixed deposit for daily expenses, payment of salaries, salaries of employees and benefits of lawyers.

Muhammad Maqsood Butter President Lahore High Court Bar Association in his address said that the resolution presented by Rana Muhammad Asif Advocate High Court and Member Punjab Bar Council reflects the difficulties faced by lawyers and litigants and their solution. Which must be implemented. Regarding the amendments in the election rules, he said that amendments have been proposed for the full participation of professional lawyers in the election of Lahore High Court Bar Association so that non-professional lawyers could be barred from the election.

Referring to the withdrawal of money from the fixed deposit of the Bar Fund, he said that the present Cabinet, with the permission of the General House, had held meetings keeping in view the dignity and honor of the Bar and the lawyers which remained fruitless. Therefore, permission is required from the House to withdraw money from the fixed deposit and run the day-to-day affairs of the bar in addition to paying three months salary to the bar employees and stipends to the widows.

Referring to the transfer and posting of District Judiciary, he said that the judge is picked up from Rahim Yar Khan and posted at Jhelum and Rahim Yar Khan from Jhelum. Due to which judicial affairs are being hampered and judges are not able to work wholeheartedly. Therefore, postings should be made keeping in view the difficulties of the judges and domestic matters.

It is humbly stated that the Lahore High Court Bar Association, Lahore is the biggest Bar of Asia and the Principal Seat of Hon’ble Lahore High Court is dealing with the litigations of 22 Districts. Litigants and advocates visit the Lahore High Court to pursue their cases from different districts and many districts are situated at distance of more than 600 km. To reach in time for hearing, litigant’s advocates have to travel throughout night to attend the court proceedings and to get justice. But unfortunately making all out hectic efforts beside financial burden which litigants bear for travel went in vain due to their cases leftover. It is proposed there should be give up mechanism for fixation of cases which can be heard in order to secure the litigants from wastage of time and money.
It has also been noticed that in the area of criminal litigations, suspensions in appeal against convictions are not concluded getting decide despite compromise between the parties just because as the court get start, the reader of court announced, the appeals and suspensions are leftover.
Moreover, some courts having very lengthy list of cases contrary to the space of court rooms, due to which Advocate and litigants have to wait for their cases in unpleasant suffocated atmosphere, so the criminal courts should be shifted in a comparatively larger space court rooms.
Some matters are very important and are urgent in nature but the litigants having no remedy for hearing on early basis such urgent nature of cases because of ban over applications of early hearing. Therefore it is requested to lift the ban over filing of application of early hearing in order to meet the end of justice. It is further stated that the rash behaviour of the court towards the Learned Advocates during the case proceedings is also a question mark which need to be redressed; Hon’ble Judges must show patience while hearing the arguments.
The respected member Majid Jahangir, Advocate High Court was arrested in FIR No. 780/21 in Police Station Old Anarkali, Lahore under section 7ATA. In this context the Finance Secretary, Lahore High Court Bar Association, Lahore Mr. Faisal Touqeer Sial, Advocate High Court has moved an application Reference No. 1068 dated 11-10-2021 to the Registrar Lahore High Court, Lahore for initiation of departmental proceedings against responsible employees whose negligent behaviour became cause of incident dated 06-10-2021 and the same is pending till now.
You are requested that the resolution should be passed unanimously in order to ensure the decision of pending application and deletion of offence under section 7ATA.

1.      The Election campaign will be allowed only through a visiting card (Size 3’ x 2’) without photograph, in a decent manner. All other printed matters including hand bills, stickers, flex banners or any other advertisement material, through any other mode even through media is strictly prohibited.

2.      All kind of functions by arranging of lunch or dinner at any place including Hotel, Hall, Bar premises or open places are strictly prohibited.However, the candidate may hold the election meeting at his/her practicing office, which will be consider as Election office of the candidate, with light refreshment.

4.      Announcement in favour of candidates can be made within the radius of four kilometer of candidates election office location i.e., practicing office. In this context no announcement can be made at homes, marriage halls, hotel or guest houses. In case of violation of this Rule Chairman Election Board may impose a fine of Rs. 100,000/- (Rupees One Hundred Thousand) which shall be deducted from the security deposited with Chairman Election Board.

5.      There shall be no canvassing/campaign in any part of the courts premises (High Court building, courts and other Bar Associations) in the form of que and groups while continuous standing at any place.

7.      The Election Board shall place the joint flexes or banners with visible names and photographs of contesting candidates for the purpose of election campaign in the court premises at proper places.

9.      The election campaign in any manner shall be closed before 24 hours from the day of election.

The length of practice shall be considered from the date of his/her Membership of the Bar Association at Principal Seat of Lahore High Court, Lahore.

For the purpose of practicing and professional advocate, the candidate shall file certified copies of cases of his/her power of attorney alongwith order sheets showing name of the candidates. Order sheets without candidates name will not be accepted.

Description of cases as under:-

More from Bar and Bench 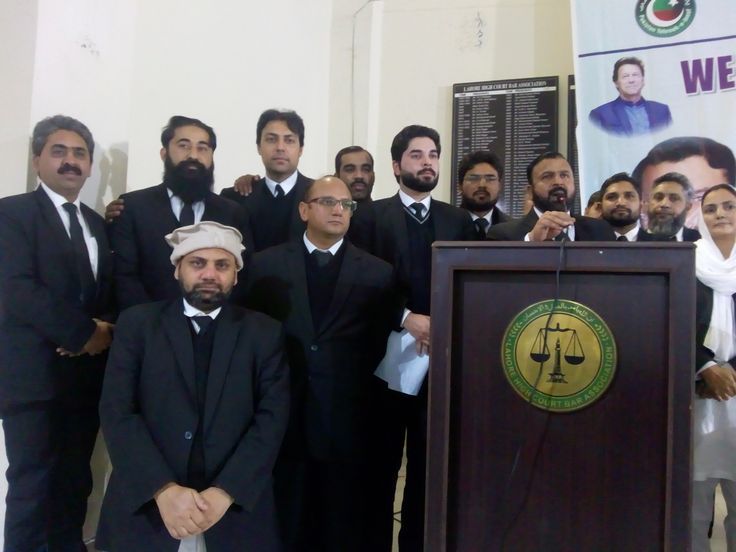 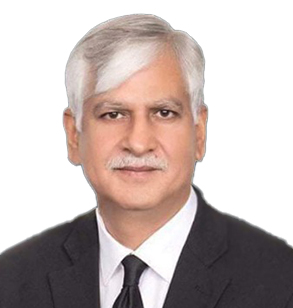