Foreboding clouds drizzle rain, matching the solemn mood at a hot spot in South Africa’s latest surge of COVID-19 cases and the country’s outlook after its “shock” confrontation with the omicron variant.

After several students tested positive, Tshwane University of Technology postponed some exams, and officials in the larger metropolitan area of Tshwane, which includes the capital of Pretoria, are pushing vaccinations, especially among younger adults who have been slow to get the shots.

At TUT, as the university is known, few students wanted to speak about the new variant that has cast a pall. Many were not vaccinated – only 22% of 18- to 34-year-olds in South Africa are – and some seemed to be rethinking that, though notably the university’s vaccination center was closed for the weekend.

Manqoba Zitha, a student who has gotten the shot, said he will be pushing fellow classmates to do the same.

“I’m trying to encourage them so that they can vaccinate, so they can stay away from coronavirus because it’s there, it’s killing people, and now numbers are rising,” said Zitha. “Now when we are watching TV we can see that people are getting coronavirus. So they must vaccinate!”

Nearly two years into the pandemic, the world is racing to contain the latest variant, first identified in southern Africa but popping up around the globe. Countries are imposing restrictions or bans on travelers from several countries – much to the South African government’s dismay – and reimposing measures like mask mandates that some hoped were a thing of the past.

The World Health Organization (WHO) named the new version of the virus “omicron” and classified it as a highly transmissible variant of concern, though its actual risks are not yet understood. Early evidence suggests it poses an increased risk that people who have already had COVID-19 could catch it again, the WHO said. It could take weeks to know if current vaccines are less effective against it.

Still, some experts are hopeful that vaccines will be at least somewhat effective at preventing serious illness and death – and continue to encourage people to get inoculated.

Gauteng province – home to Pretoria and South Africa’s largest city of Johannesburg – is the center of the new surge. So far, cases there appear to be mild, according to doctors, and hospital admissions have not spiked.

But experts warn the early round of infections has been among the young and the situation may become more serious if the new surge affects older, unvaccinated South Africans. In all, 41% of those aged 18 and over are vaccinated – but young people have been particularly slow to step forward.

At least three South African universities – the University of Cape Town, Johannesburg’s University of the Witwatersrand and the University of Free State in Bloemfontein – have announced that vaccinations will be mandatory for students starting next year. Some experts think further measures will be needed.

“I do think that the decision that South Africa is going to have to make is probably around mandatory vaccination,” said Mosa Moshabela, professor of public health at the University of KwaZulu-Natal in Durban.

Demand for the vaccine has been so sluggish that the government recently requested slower deliveries to allow it time to use up its current stock of 19 million doses of the Pfizer-BioNTech and Johnson & Johnson shots.

A new surge was long anticipated and even a new variant, but the speed with which omicron hit came as a “shock” to South Africa’s health experts.

While numbers of confirmed cases are still relatively low, they have been increasing at a high rate. The new spike started after some student parties in Pretoria. Numbers quickly jumped from a few hundred cases a day to thousands. South Africa announced 3,220 new cases Saturday, of which 82% are in Gauteng, according to the National Institute for Communicable Diseases. That’s still well below the peak of the last wave, when more than 25,000 were confirmed in a day.

As many as 90% of the new cases in Gauteng province are caused by omicron, Tulio de Oliveira, director of the KwaZulu-Natal Research Innovation and Sequencing Platform, said in a tweet, citing the results of diagnostic tests.

“We did expect that we may see a new or a different variant gaining momentum in the fourth wave … but we did not really expect to see a variant with the kind of multiplicity of mutations. And that is capable of becoming highly transmissible and escape or evade immunity at the same time,” said Moshabela, the expert from the University of KwaZulu-Natal. “This was really the shock that we had.”

Although the current cases are concentrated in Pretoria and Johannesburg, tests show that omicron is already in all of South Africa’s nine provinces.

South African President Cyril Ramaphosa met over the weekend with health officials and is scheduled to address the nation on Sunday night about the increased cases.

Back at TUT, Nhlanhla Africa Maphosa, a 25-year-old management student, is still trying to digest the news and what it will mean for his studies.

“It was just last week when they checked stats then they realize that so many students were affected by COVID-19 at the main campus,” Maphosa said. “We’re not that sure of the stats. … But what we can say is that a high level or a high percentage of students has got COVID-19.” 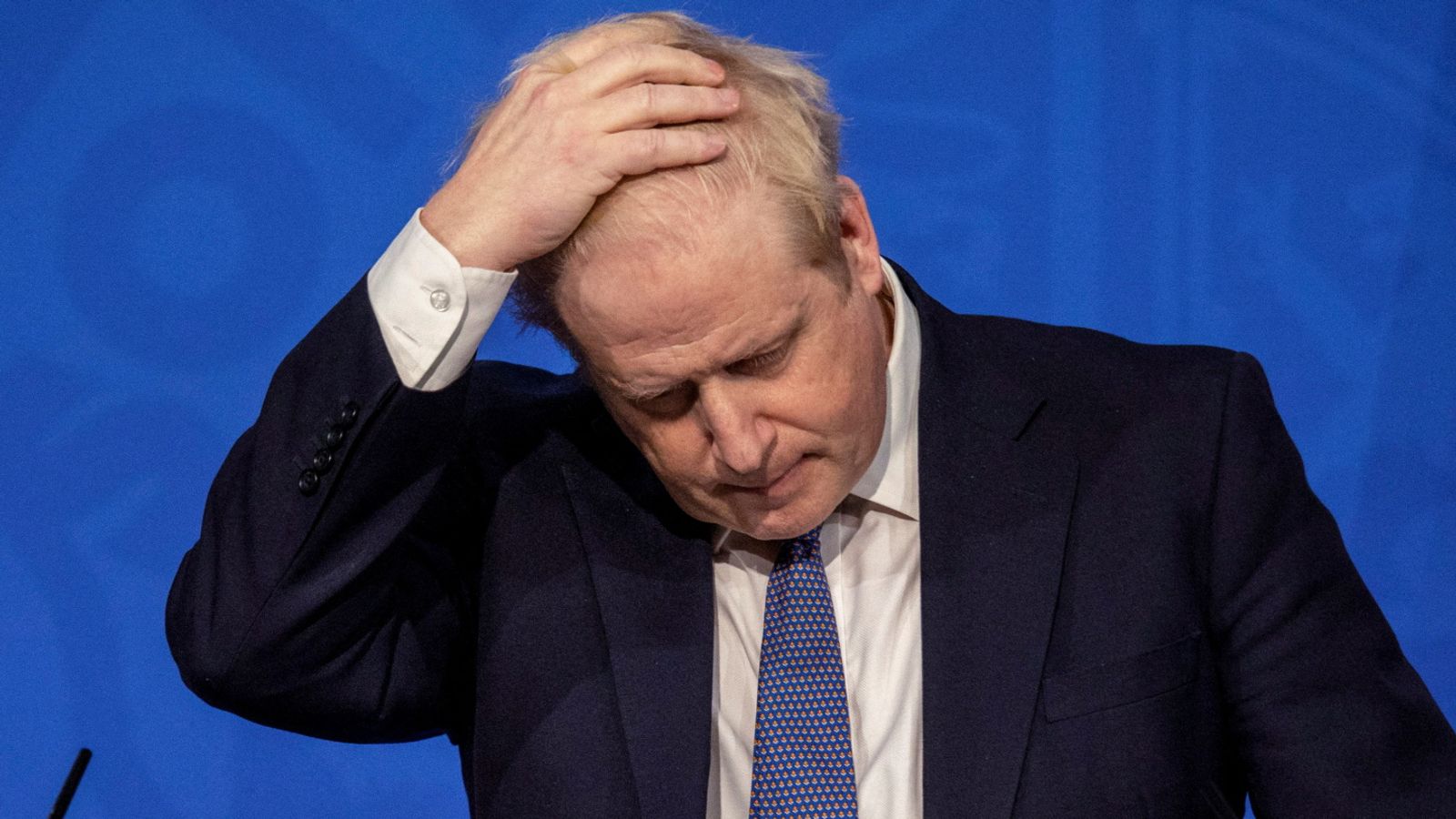 ‘Partygate’ allegations: Boris Johnson can run but he can’t hide and PM is now under enormous pressure | Politics News