India have fallen behind in the race to the semi-finals of the T20 World Cup, and according to Mumbai Indians’ head coach and former Sri Lanka captain Mahela Jayawardene, they may have contributed to their own downfall a little bit by fiddling with a settled batting order.
Rohit Sharma was pulled out of his usual position at the top of the order in the game against New Zealand and made to bat at No. 3. While that was in response to an injury – Suryakumar Yadav – and the replacement’s – Ishan Kishan – best chance of success being at the top, it left too many players dealing with unfamiliar roles. In the end a rejigged line-up could only post 110 for 7 and was soundly beaten.

“You can be flexible. But not with your top-three batters,” Jayawardene said on ESPNcricinfo’s T20 Time Out. “I think most teams if you take, you don’t have too much flexibility in that top three. They are settled. They are the ones who are going to give you that initial tempo, who are going to go about things. And then you have that guy at No. 3 who is going to glue things together and bat in both halves of the innings and the rest of the guys are the ones who will probably get floated in and around.”

Jayawardene, in his tenure as Mumbai Indians coach, has seen a lot of India’s players up close and he believed that the team would have been better served if Rohit had stayed at the top of the order.

“That’s his role he plays in T20 cricket and Virat Kohli is either an opener or No. 3. I think KL Rahul would have been able to play that No. 4 role because he has that ability to change and adapt.
“In an ideal scenario, if India had a good start and had a settled thing, even Rishabh Pant could have batted No. 4 – given they [New Zealand] had a left-arm spinner [Mitchell Santner] and a legspinner [Ish Sodhi], he would have got more licence to then play knowing that he had two-three batters behind him.

“So rather than making all those changes they should have done just that subtle change – one in, one out – and then maybe one batter changing positions, rather than three batters changing their slots, would have made a bit more sense. Especially going against a very good New Zealand new-ball attack because it was always going to do a little bit in those three-four overs.”

Jayawardene found it odd that India would ask their players to adapt to new responsibilities in the middle of a World Cup. “If you batted them in those correct positions, they are familiar with those roles and they would have executed,” he said. “If they had failed in those roles, then that’s a question you can always ask. But if you are pulling guys away from those particular roles where they are quite familiar with, then it’s always going to be a tough one.

“Especially when you are going into a World Cup, you should have a steady, stable, settled set-up where everyone understands where if someone fails, that’s my role, to go in, consolidate and then kick on, get the tempo going again. I think that’s where India struggled. Especially having lost to Pakistan and then going into another big match, once you unsettle that, the fear of failure and all those thought processes creep into your game.”
With back-to-back losses, India’s chances of making the semi-finals are complicated. But Jayawardene is not writing them off. “They still have an opportunity. Anything can happen. And if they sneak through to those semi-final spots they are a force to reckon with. But if they don’t have a successful T20 World Cup, there’s another one coming pretty soon [in Australia in late 2022] and obviously it’s an opportunity for them to look at some of the other options that they have.

“We see a lot of young Indian players coming through, we’ve seen it in the IPL as well, in the big stage, playing with fearlessness. They bat just the situation, they don’t bat anything other than that. So that’s something you need in T20 cricket. Bit of experience and bit of fearlessness to guide you through those tough situations.” 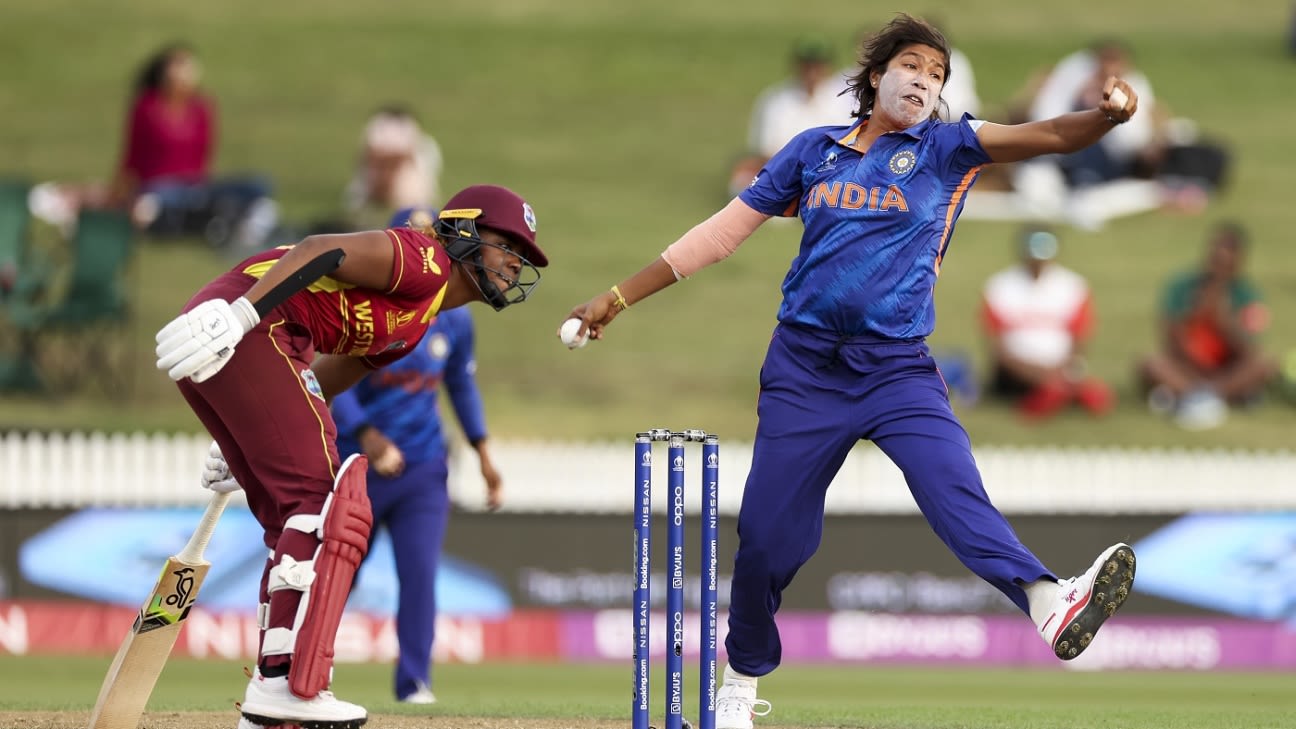