A British scallop trawler detained by French authorities as part of a fishing feud with the UK is still being held, despite a cabinet minister earlier telling Sky News it had been released.

The impounded Cornelis Gert Jan, a Scottish-registered scallop dredger that was seized by officials near Le Havre last week, will continue to be held until at least Wednesday, according to its owners.

Andrew Brown, a director of MacDuff Shellfish, told Sky News: “Our understanding is that the Cornelis will be held at Le Havre at least until the hearing scheduled for tomorrow in Rouen.”

Downing Street also said the Cornelis, which French officials claimed was fishing without the correct licence, remained “in port” as part of a legal wrangle.

“The vessel concerned remains in port having been detained by the French authorities but given it’s an ongoing legal process I am restricted in anything I can say further,” the prime minister’s official spokesman said.

It is understood that French authorities have brought legal action against the vessel’s captain, an Irish citizen.

MacDuff Shellfish has said the vessel was “legally fishing” in French waters and claimed the Cornelis was being used as a “pawn” in the UK-French dispute.

Earlier on Tuesday, Environment Secretary George Eustice had told Sky News that the Cornelis had been released.

“I understand that vessel has now been released, and I think there’s going to need to be some further discussions, clearly there was an administrative error at some point,” he said.

“We haven’t quite got to the bottom of that, but that vessel I understand has been released.”

The Cornelis was detained amid fresh tensions over post-Brexit fishing rights between the UK and France.

On Monday, France stepped back from threats of punitive action against the UK over the dispute, which has seen Paris demand more licences for French vessels to fish in UK waters.

Downing Street on Tuesday said the UK government was now focused on finding “consensual solutions” in talks later this week.

The prime minister’s official spokesman said: “We welcome the fact that France has stepped back from threats they’ve made and we welcome France’s acknowledgement that in-depth discussions are needed to resolve a range of difficulties between the UK and EU relationship.

“We want to find consensual solutions together if we can and (Brexit minister) Lord Frost has accepted (French Europe minister) Clement Beaune’s invitation and looks forward to discussions in Paris on Thursday.

“They will be discussing issues including fisheries and the Northern Ireland Protocol.”


PM ‘worried’ that treaty may have been broken on fishing

French President Emmanuel Macron had warned that Paris could block UK boats from landing their catches in French ports and impose physical checks on lorries travelling to and from the UK – which had led to fears of long queues on either side of the Channel resulting in delayed shipments ahead of Christmas.

Downing Street previously said it had “robust” contingency plans in place if Mr Macron – who has been accused by British politicians of taking a tough stance for domestic political reasons ahead of next April’s French presidential election – went through with his threats to disrupt trade.

UK and French officials have been involved in talks convened by the European Commission in Brussels.

A European Commission spokesperson said: “The meeting allowed to charter the way forward on several aspects, it was concluded to resume on Tuesday, to keep the positive dynamics of the discussions.

“Further meetings are planned for later in the week.” COVID-19: Boris Johnson warns it would be ‘absolute folly’ to say pandemic is ending – but Omicron is ‘plainly milder’ | UK News 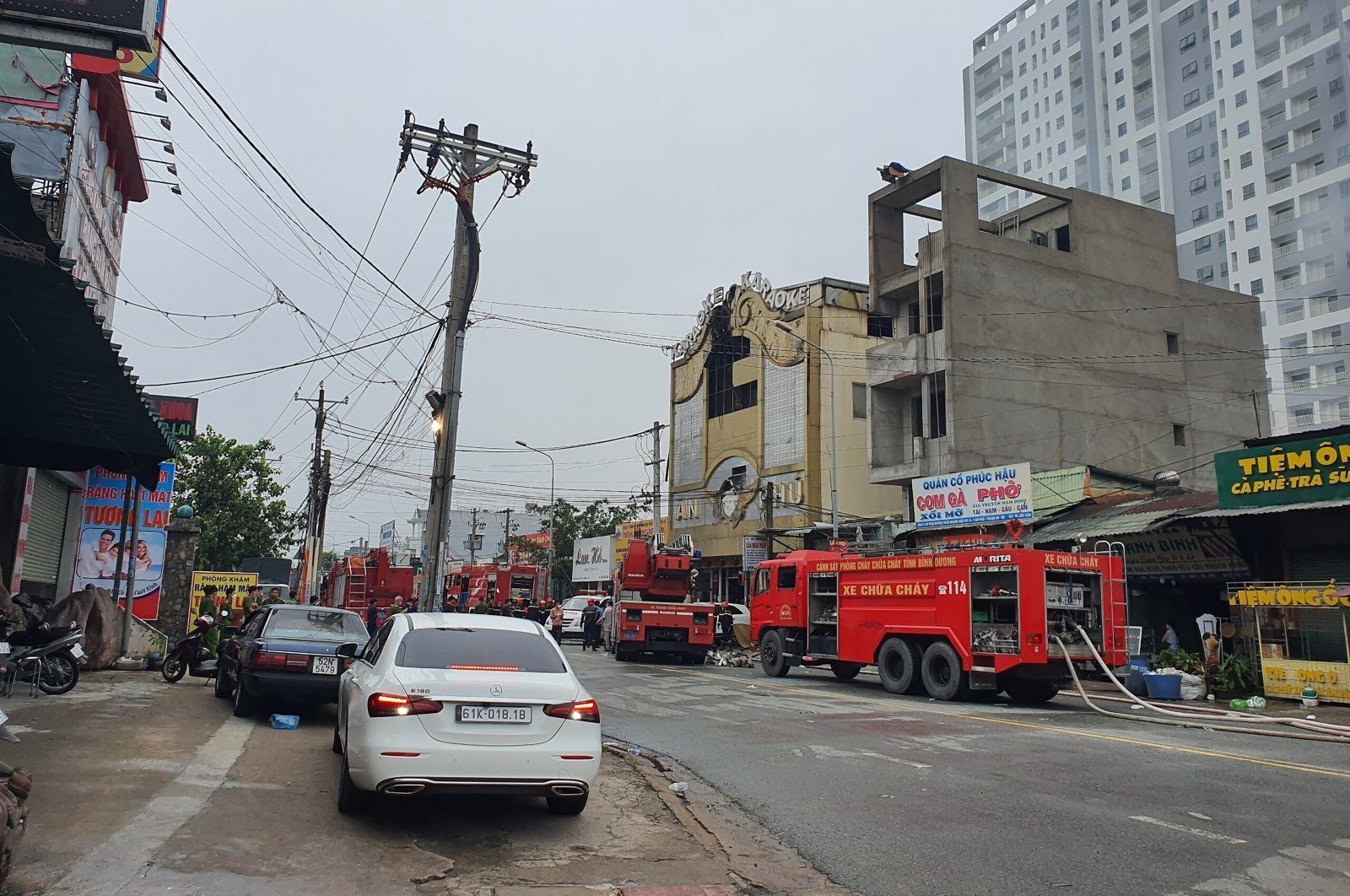 14 killed in fire at karaoke parlor in southern Vietnam