Andy Murray wasted seven match points on Monday night – a career-worst statistic – as he was eliminated from the Paris Rolex Masters in the first round.

His conqueror was the so-called “Pitbull”, Dominik Koepfer, who refused to buckle at the end of a contest that was limited in quality but compelling in its gruesome fascination.

Late period Murray is a man for a marathon. He is too cussed to lie down easily, but not confident enough – because of his physical restrictions and limited training schedule – to be a comfortable front-runner.

When he is behind, he lifts himself. When he is ahead, he struggles to close. The upshot is the sort of painful struggle we saw last night, which just went on, and on, and on.

Murray seemed to have the very tip of his nose in front as we approached the end of this dramatic affair. It was he who led 5-4 in the deciding set, and then held 15-40 on Koepfer’s serve, only to be denied by his opponent’s resilient defending. And it was still Murray who moved ahead 6-4 in the deciding tie-break, to give himself further opportunities.

But he just couldn’t find a way to get the job done. When he held match points on Koepfer’s serve, he couldn’t strike a solid return. And then, when the chance came to serve himself, he invariably missed his first delivery and then rolled a looping second ball in with nothing on it.

We could see him mouthing “So, so bad” between points, and indeed his ball-striking was way short of its usual potency, with 36 unforced errors flowing off his racket. But his bloody-mindedness kept him in the battle until one final forehand skewed long to hand Koepfer an ugly but strangely memorable win: 6-4, 5-7, 7-6.

The deciding tie-break lasted more than 18 minutes before eventually falling the German’s way by an 11-9 margin.

Asked afterwards whether this was one of the most painful defeats of his career, Murray demurred, pointing out that a first-round match has relatively little hanging on it by comparison with some of the near-misses he has experienced in grand-slam finals. It was his performance he was more worried about.

Murray ascribed his uncertain start to a late switch in opponent, but admitted that there was no explanation for his ongoing struggle to hit the ball with any accuracy.

He had expected to be playing American right-hander Jenson Brooksby, until Brooksby pulled out with just a couple of hours’ notice. The left-handed Koepfer was a “lucky loser” who had been defeated in the qualifying tournament, only to receive an unexpected reprieve.

“I don’t think I deserved to win,” said Murray. “Obviously I had a ton of opportunities at the end, but the way that I was playing tonight was not good enough. I found out [about the switch in opponent] post-practice, so that potentially could explain the slow start. But then, once I was into the match, I just made mistake after mistake.”

“It felt like at times I was missing a ton of first serves in a row,” he added. “Didn’t hit my second serve well either, which the last couple of weeks has been better. So there were a number of things that I didn’t do well enough tonight, and the reasons for that, I’m not sure.”

Earlier, the wintry mood in Bercy – the Parisian suburb that hosts this last big tournament of the regular season – had drawn contrasting performances from Britain’s two leading men. While Dan Evans stormed off the court after a bad-tempered defeat, the more level-headed Cameron Norrie enjoyed the smoothest of journeys into the second round.

Evans had looked well set against the big-serving Alexander Bublik, dominating the early exchanges against a man who plays a buccaneering yet inconsistent brand of tennis. He took the opening set 6-2, and had an early chance to break in the second set as well.

But Bublik thundered down a huge second serve and then began to spray aces in all directions: 24 of them in all. Meanwhile Evans became distracted by a hostile fan in the crowd, raging away at them during the changeovers. He never quite regained his composure and was eventually bundled out by a 2-6, 7-5, 7-5 scoreline.

In the first match of a long day for British tennis fans, Norrie had been serenity itself as he disposed of Federico Delbonis in just 73 minutes. This 6-2, 6-1 victory was another useful staging post in the quest to qualify for the ATP Finals in Turin in a fortnight’s time.

Norrie is still an outside bet to finish among the leading eight men of 2021, but he told reporters: “It’s cool to have this added pressure of playing for an extra event at the end of the year.” 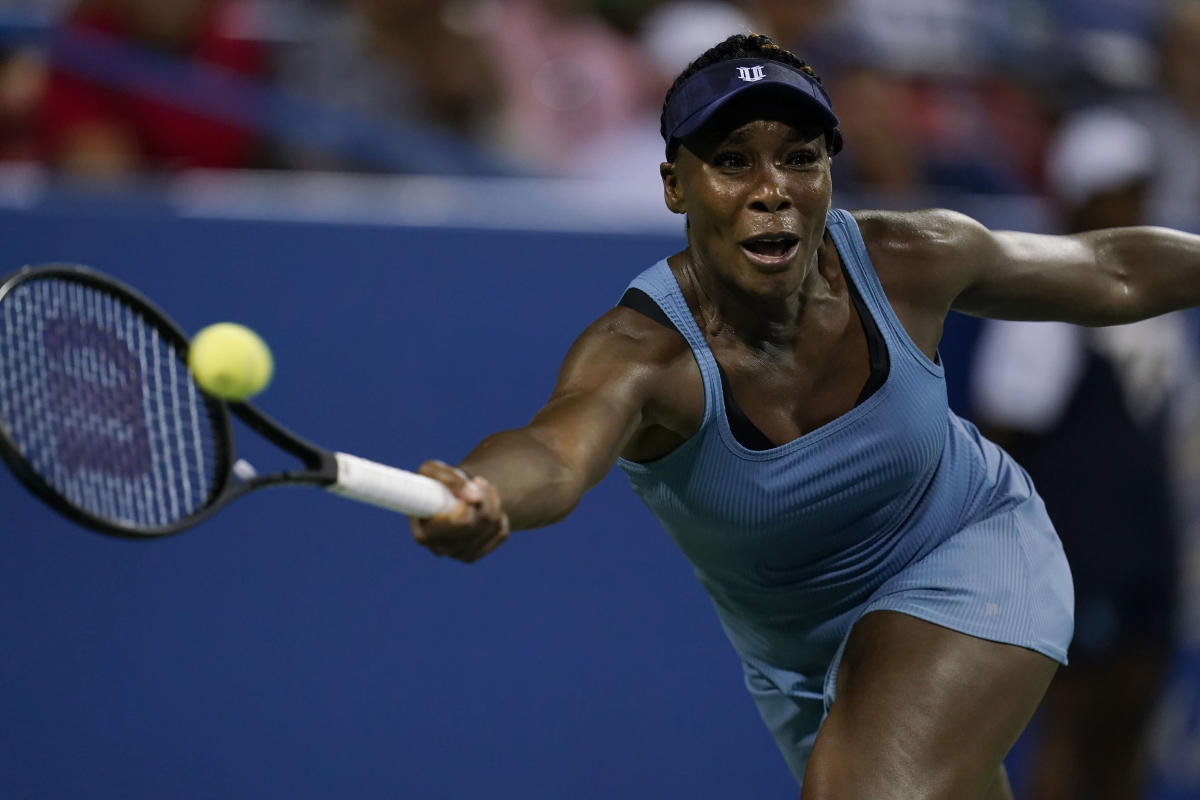 New No. 1 Swiatek withdraws from Credit One Charleston Open