Joe Root has declared the Gabba is no longer a stronghold, arguing doubt will linger in Australia’s minds when the Ashes start on December 8 because of their shock Test loss to India’s depleted XI.
India stormed to an unexpected victory at the Gabba in January, snapping Australia’s undefeated Test streak at the ground that had dated back to 1988. The tourists completed a venue-record chase of 328; a feat made even more remarkable because Virat Kohli, Jasprit Bumrah, Ashwin, Mohammed Shami and several other first-choice players were unavailable.

Uncertainty regarding England’s participation in the five-Test series had dominated the Ashes phoney war in recent months. But the series is now set to begin with its traditional curtain-raiser in Brisbane and Root, who departs alongside England’s red-ball specialists this week, has delivered a timely reminder about what occurred in Australia’s most recent Test.

“Look at that India team that won at the Gabba. They were a long way from their first-choice XI but they had no fear,” England’s captain told the Guardian. “They stood up to Australia and won crucial parts of that Test.

“It will give every player in our squad a huge amount of confidence and just plant a little bit of doubt in Australia’s mind. Having to go back there and play again for the first time against us, what with it being such a stronghold for them for such a long period of time. We now know that it’s not.”

England have been the world’s busiest national cricket side throughout the Covid-19 era, whereas Australia’s series loss to India represents their only Test cricket since the pandemic erupted.

Root has already equalled the English record for most Test centuries in a calendar year, reaching three figures on six occasions in 2021. He has yet to score a century in Australia but believes lessons learned from miserable 2013-14 and 2017-18 tours, which England lost by a combined scoreline of 9-0, will help him continue his red-hot form.

“The two previous tours I think if anything I probably got a bit too desperate,” he said. That extra bit of experience off the back of a fruitful year for me personally puts me in a better place.”

Root was understandably thrilled to have Ben Stokes back in England’s Ashes plans and mentally ready to return to cricket. Stokes required two surgeries to repair a finger injury, while he also took time out of the game for his own mental wellbeing.

“I’d got an inkling. I’d had some good conversations with Ben over the period while he’s not been playing,” Root said. “It was just such a joy to hear him speak. You could almost hear his smile, if that makes sense, down the phone. You could tell he was so much happier within himself.” 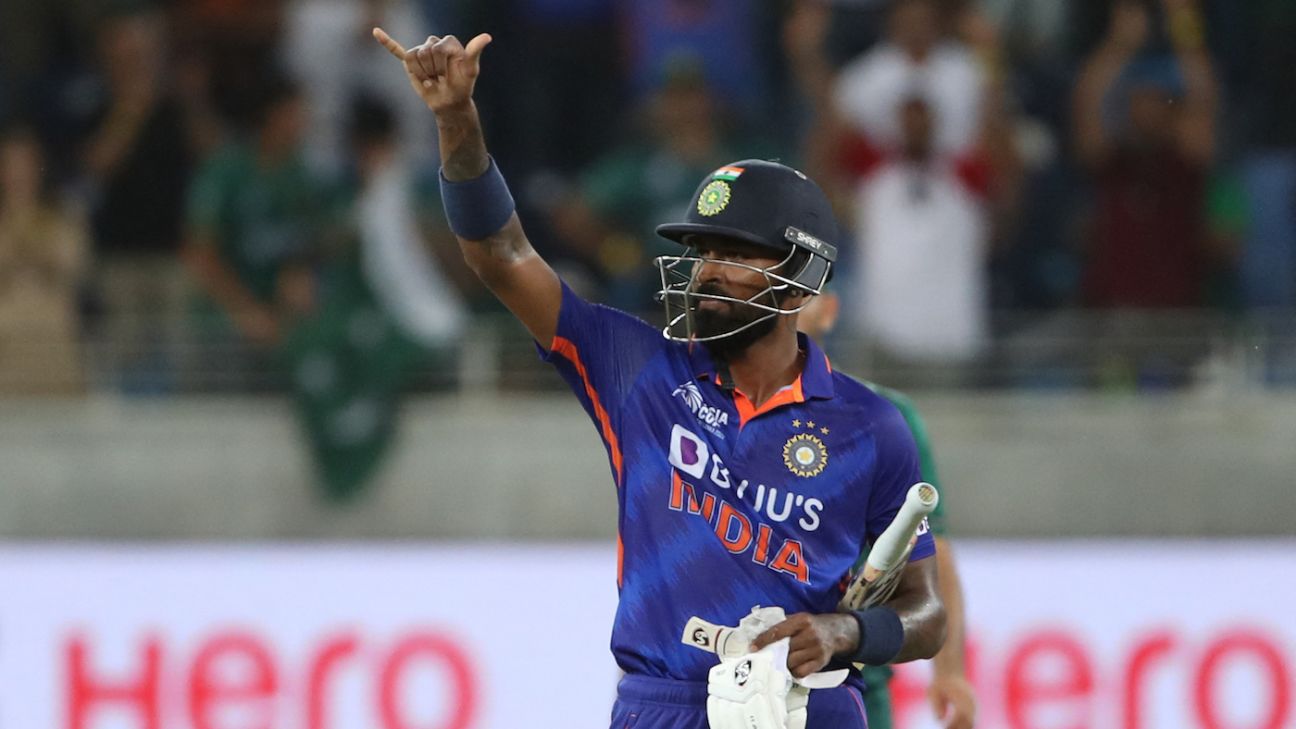 Hardik stays cool to ace a tense chase for India