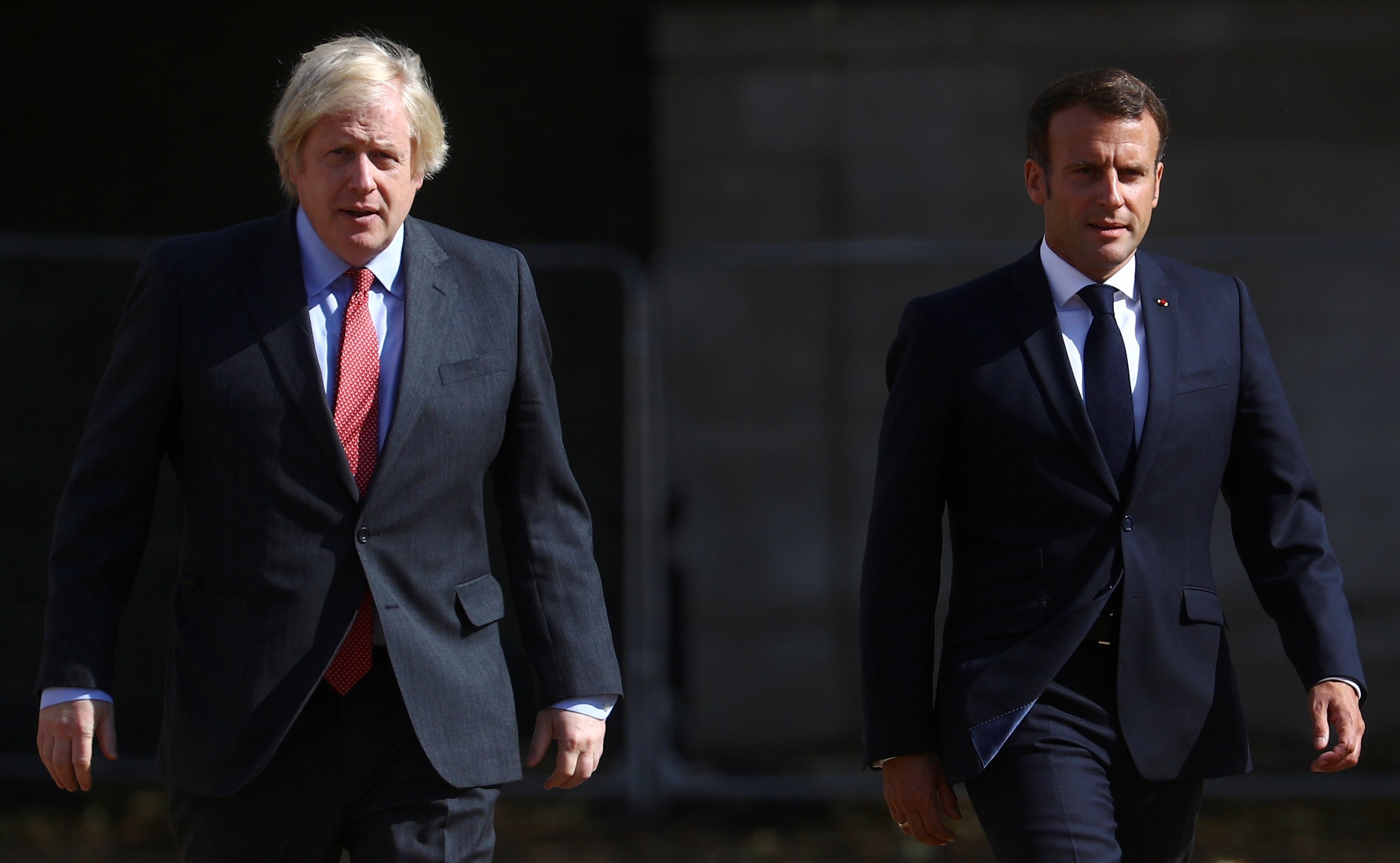 Britain told France on Monday that it must back down within 48 hours in a fishing row that threatens to spiral into a wider trade dispute or face tortuous legal action under the Brexit trade deal.

France says Britain has refused to grant its fishermen the correct number of licenses to operate in British waters and has said it could impose targeted measures from Tuesday, including tightening some checks on trucks moving between the neighbors. Britain says it is issuing licenses to vessels that can prove they have previously fished in United Kingdom waters.

The row intensified last week when the French seized a British dredger, the Cornelis Gert Jan, in French waters near Le Havre, saying it did not have the required licenses, though the boat’s owner said it had all the appropriate documents.

“The French have made completely unreasonable threats, including to the Channel Islands and to our fishing industry, and they need to withdraw those threats or else we will use the mechanisms of our trade agreement with the EU to take action,” Foreign Secretary Liz Truss told Sky News. “The French have behaved unfairly. It’s not within the terms of the trade deal. And if somebody behaves unfairly in a trade deal, you’re entitled to take action against them and seek some compensatory measures. And that is what we will do if the French don’t back down,” Truss said.

Asked over what time frame France should back down, Truss said, “This issue needs to be resolved in the next 48 hours.”

She suggested French President Emmanuel Macron may be making “unreasonable threats” because he has a difficult election looming.

Asked why the row has emerged, she told Sky News, “You might say there’s a French election coming up.”

Truss seemed angered by the dispute and said, “I’m not remotely happy about what has happened.”

The row also risks being a distraction at the COP26 climate summit which began in Scotland Sunday. Paris has said it could ban British fishing boats from unloading in French ports, carry out additional license checks on British vessels, tighten controls of trucks and reinforce customs and hygiene controls if talks fail.

Prime Minister Boris Johnson said Sunday he had been “puzzled” to read a letter from Paris to the European Union. Sent by French Prime Minister Jean Castex, it called on the bloc to demonstrate there was “more damage to leaving the EU than to remaining there.”

The fishing issue dogged Brexit talks for years, not because of its economic importance but because of its political significance. If not resolved, it could trigger the beginning of dispute measures in the Brexit trade deal as early as this week. When asked why the fishing issue, a long source of discord between France and Britain, had again soured ties, Truss suggested it might have something to do with next year’s presidential election in France.

Pierre-Henri Dumont, a French politician for the Republicans party, said France just wants Britain to “fulfill its commitments that were made during the post-Brexit treaty.”

He said he thinks “harder negotiations” may need to be opened up with the British side. He told BBC Radio 4’s Today program: “What we are asking is just for the British government to fulfill and keep its promises that were made by signing this post-Brexit agreement.

But Truss said Britain will not “roll over” in the face of French threats. She told BBC Radio 4’s Today program: “The French need to withdraw those threats otherwise we will use the dispute resolution mechanism in the EU deal to take action.

“We’re simply not going to roll over in the face of these threats.”

Russia to invite Taliban to international meeting in Moscow