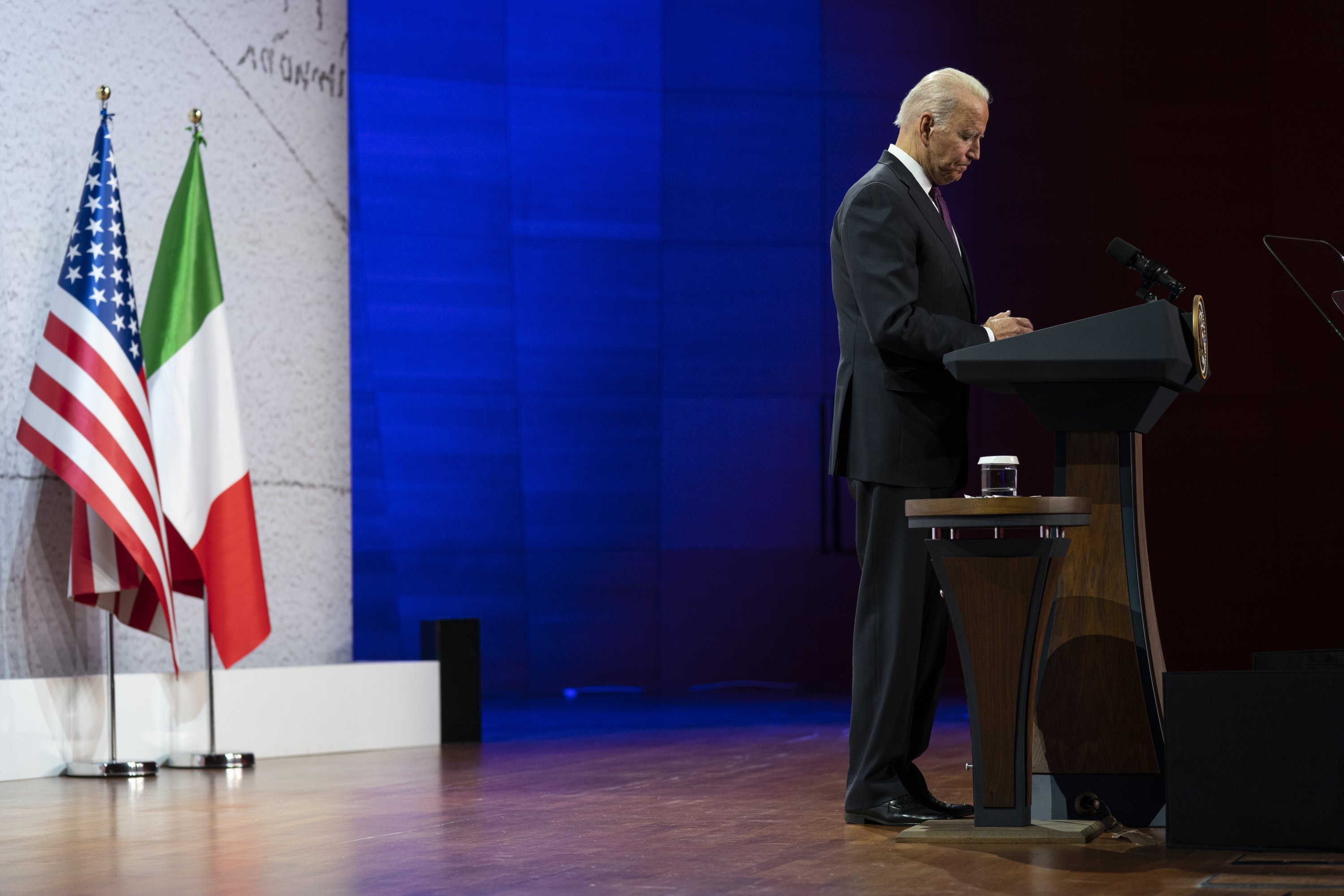 U.S. President Joe Biden wrapped up his time at the G20 summit in Italy Sunday trying to convince Americans and the wider world that he has things under control.

On climate change, he’s got $900 billion planned for renewable energy, and Congress will vote next week. On supply chains, he has plans to make the ports run better. For workers, he’s building an economy with pay raises. On diplomacy, world leaders trust him. But he also acknowledged what he can’t yet fix: bringing Russia and China to the table with the broader international community to deal with the existential threat of climate change.

In a news conference Sunday, the U.S. president spelled out his belief that all politics is personal and that what progress was achieved came from direct interactions with other leaders.”They know me. I know them,” Biden said of his fellow G20 leaders. “We get things done together.”

The G20 ended Sunday with Biden unveiling several new steps the U.S. is taking to strengthen and streamline supply chains to address the bottlenecks hampering the global economy as it recovers from the coronavirus pandemic.

Biden is viewing the issue through a global lens, offering new funding and processes to help ports in Mexico, Central America and Asia as one of his proposals. He noted that few people had ever tracked the flow of goods at ports until it became clear this year that the infrastructure for moving goods around the world is badly broken and in need of repair.

“Supply chains are something that most of our citizens never think twice about until something goes wrong,” Biden said. “It isn’t a problem any one of our nations can solve through unilateral actions. Coordination is the key reason for this meeting.

“Despite devoting a combined $15 trillion to combat the fallout from COVID-19, many of the world’s largest economies are slogging through mass shortages as ships are waiting to dock, the prices of shipping containers climb, not enough trucks exist to haul goods from ports and virus outbreaks halt factory production.

Supply chain issues have emerged as a point of economic and political pain for Biden, as the delays have contributed to inflation and potentially put a damper on holiday shopping. Republican lawmakers have cited the threat of inflation and supply chain challenges in critiquing Biden’s economic leadership.

The president signed an executive order to streamline access to critical minerals and materials. The Defense Department would be empowered to release raw materials from the National Defense Stockpile, allowing for a faster response to shortfalls in the U.S. industrial base.

Separately, the State Department will also provide funding to assist Mexico and Central America in relieving supply chain disruptions and bottlenecks. This follows the recent U.S.-ASEAN summit where new funding was announced to simplify customs and clearance procedures.

Biden also announced that Secretary of State Antony Blinken and Secretary of Commerce Gina Raimondo will host a summit next year on building stronger supply chains that can withstand setbacks from a pandemic or the extreme weather caused by climate change.