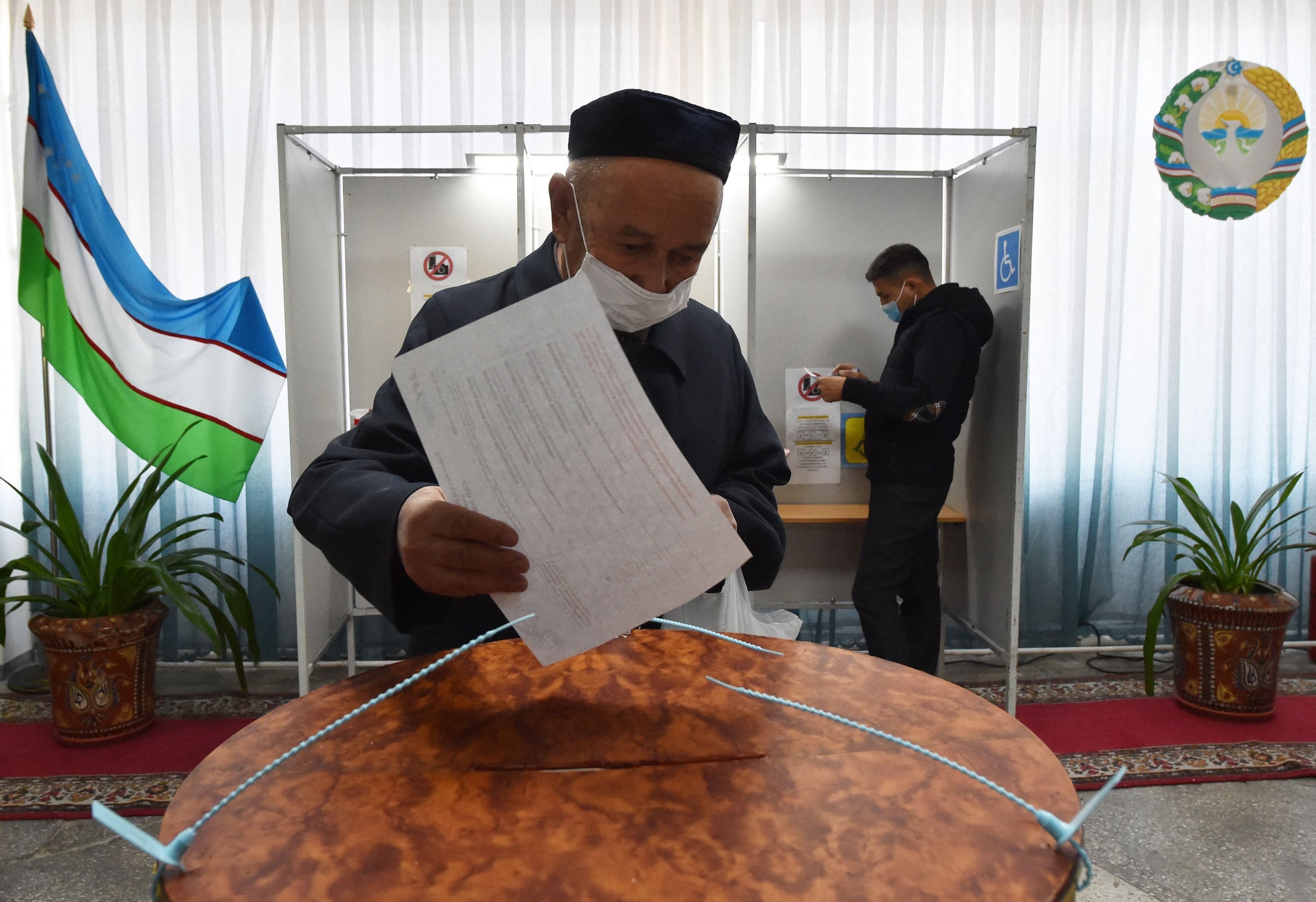 Voting got underway in Uzbekistan’s presidential election Sunday, with incumbent Shavkat Mirziyoyev facing no real opposition but plenty of challenges as he bids to reform the ex-Soviet country.

Mirziyoyev has been credited for launching what he calls a “New Uzbekistan,” ending a decades-old system of forced labor and introducing limited media freedom.

He came to power in 2016 after the death of his mentor, Islam Karimov, who ruled the Central Asian country for 27 years.

Mirziyoyev has presided over an unprecedented boom in foreign tourism in the country that borders Taliban-controlled Afghanistan and counts China and Russia among its partners. But as his first term ends, the 64-year-old is struggling to counter impressions that his government is sliding back towards the habits of his long-reigning predecessor.

The effects of the COVID-19 pandemic have also blunted his initial economic achievements, with unemployment rife amid sharp rises in living costs.

Zera, a 55-year-old woman who was part of a slow trickle of mostly middle-aged and elderly voters casting their ballots at a high school in the capital Tashkent on Sunday, said she backed Mirziyoyev, but was worried about the situation over the border in Afghanistan.

“This country worries me a lot now that (the Taliban have) taken over,” she told Agence France-Presse (AFP), only giving her first name. “The whole world warred with them and nothing good came of it. Can we be their friends? I am not sure.”

A 45-year-old man who also only gave his first name, Georgy, said he had voted “against everyone, including him” – a reference to Mirziyoyev.

“I don’t like any of these choices,” he said.

Mirziyoyev cast his own vote at a polling station on Tashkent’s outskirts where he appeared alongside wife Ziroatkhon Hoshimova and their three children. He smiled as he posed for photographs before dropping his vote in the ballot box but did not address the press.

Prolonged isolation under Karimov meant that commodity-rich Uzbekistan fell well short of its economic potential for most of its independence. It is against the founding president’s rule that the successes of Mirziyoyev’s reforms have been judged.

His public disavowal of torture and campaign to clean up mass forced labor in cotton fields – where thousands of schoolchildren once toiled alongside their teachers – gained international praise.

But many Uzbeks interviewed by AFP in Tashkent ahead of the vote said they were unconcerned by the lack of real choice on the ballot.

“When things are going well, why do we need so many choices?” asked pensioner Yakub Otazhanov. “Let Mirziyoyev (get on with it).”

Under Mirziyoyev’s rule, Uzbekistan has strengthened traditional relations with regional powerhouses Beijing and Moscow, while welcoming back international organizations and media outlets effectively banned under Karimov. But for many in Tashkent, poverty rather than rights is the issue of the day.

“There are a lot of poor and homeless people. We need to find housing for people,” said a 26-year-old money-changer at the city’s Chorsu market.

The man, who gave his first name, Sardor, said he would vote for Mirziyoyev.

“I hope he will help solve these problems.” His colleague, who did not want to be named, implied that the president’s reforms were cosmetic. “New buildings do not mean a new Uzbekistan,” he said. 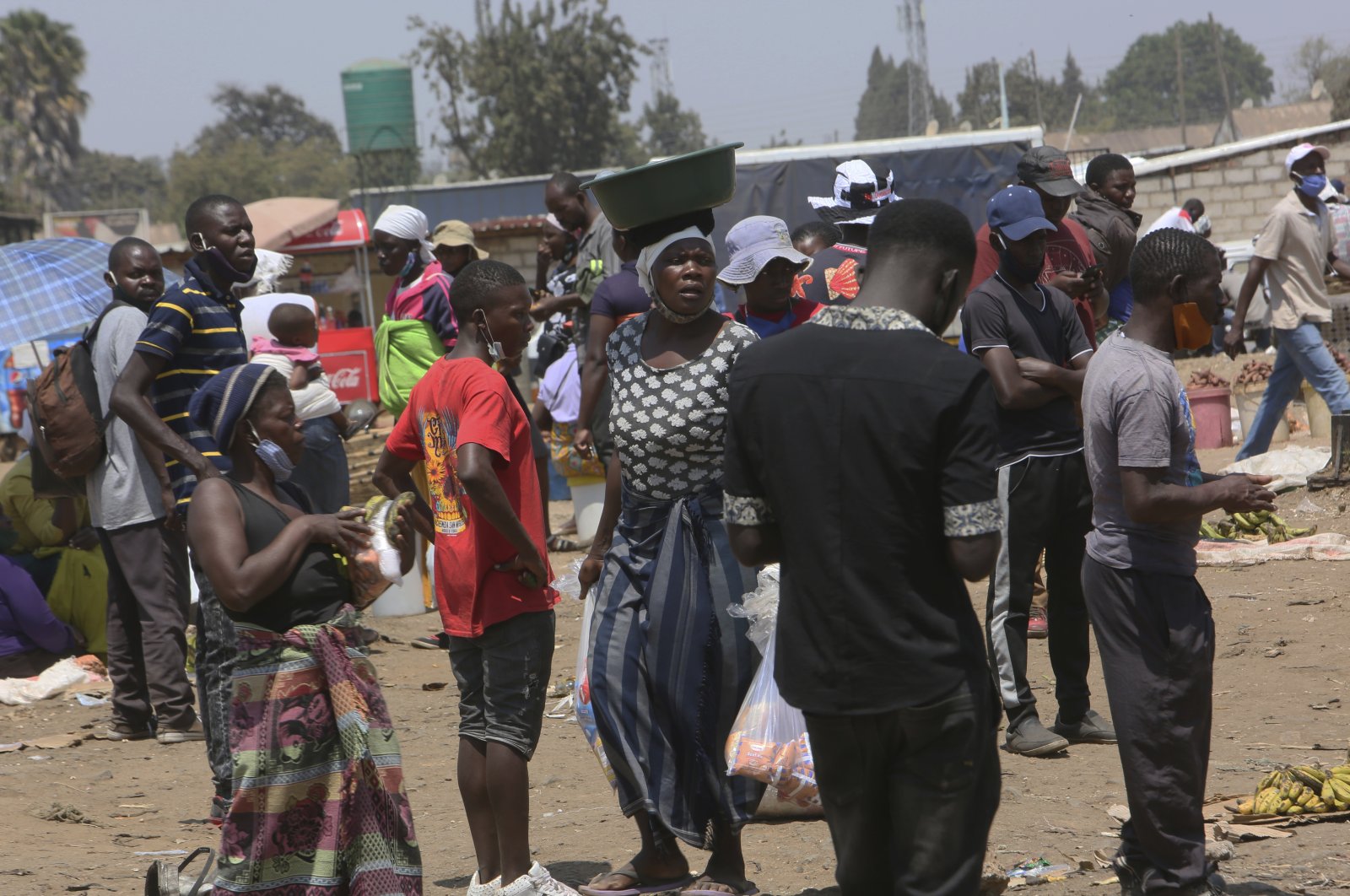