THE death of 84-year-old human rights activist Father Stan Swamy in judicial custody in July shook the nation. It also raises poignant questions about the dilemma of ushering in development in areas inhabited by tribals without marginalising and alienating them while protecting their rights, and the difficulties involved in fighting for their cause. The reach of the state in these territories has been intractable and gradual, resulting in slow progress and consequent social ills, while pushing the pedal for growth has come with the attendant risk of alienating them through the dispossession of land and overwhelming them culturally, resulting in a loss of identity.

Father Stan Swamy’s life and work and his incarceration under the Unlawful Activities Prevention Act (UAPA) are also a throwback to an earlier time when Graham Staines, an Australian missionary involved in social work in Odisha, faced fatal consequences allegedly at the hands of right-wing elements, who suspected him of being involved in conversion activities.

Fr Swamy came across the tribals of Jharkhand in the 1980s and devoted his life fighting for their rights because he found that they were alienated from their land, territory and resources in the garb of national development. The Indian state, he felt, had made them resourceless, homeless and impoverished. Unauthorised displacement, corporate land grab, loss of identity and culture, migration, trafficking, police torture and false implication by the forest department were some of the core issues haunting the tribals. Fr Swamy saw the value of constitutional provisions and land laws and advocated their use to protect the rights of tribals.

He also fought against the brutal killings, rapes and torture, custodial crime and false implication of thousands of tribals over the issues facing them. He conducted research on issues of displacement, land banks and undertrials, many of whom were tribals, denied or unable to utilise their basic available legal rights. He was part of every anti-displacement movement that took place using the fundamental right of expression at a time when there was no space for dissent.

Fr Swamy came under attack from the state for his active espousal of the rights of tribals, with the government suspecting him to be sympathetic to the Maoist cause. The Hindutva forces also accused him of aiding in the proselytisation of the tribals, which the book says does not stand the scrutiny of truth because he was wedded to truth and reconciliation, and not conversion.

The book points to the risks involved in today’s era in asking for the enactment of marginalised-centred laws and requesting adherence to judgments of the Supreme Court, as the Indian state “perceives fighting for the constitutional, legal and traditional rights of the tribals as a terrorist activity”, with Fr Stan Swamy being booked under the UAPA in the Bhima Koregaon case and sedition laws in the Pathalgiri case.

The writer, a development practitioner and human rights activist, is of the view that the “life and sacrifice” of Fr Stan Swamy will continue to inspire people. Whether it also brings about changes in the legal and criminal justice system, making them more responsive and humane, will remain to be seen. Also, the hazards involved in initiating development unilaterally or initiating it only when asked for are questions that will keep confronting planners with respect to tribal areas. 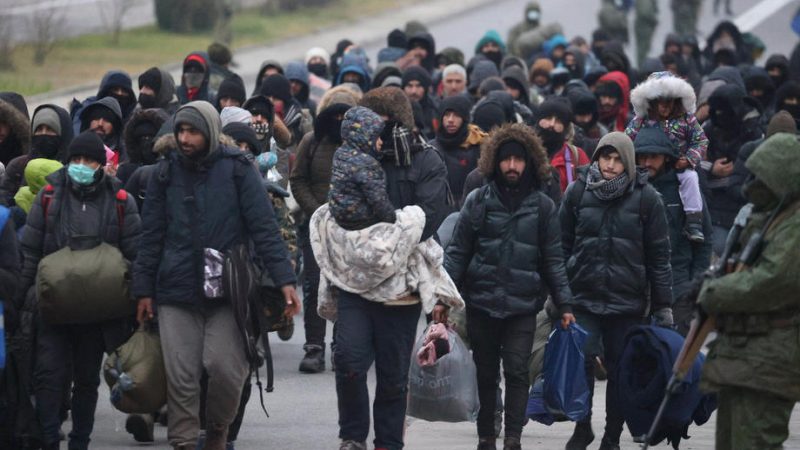 Human rights are at stake, an expert on migration warns – EURACTIV.com