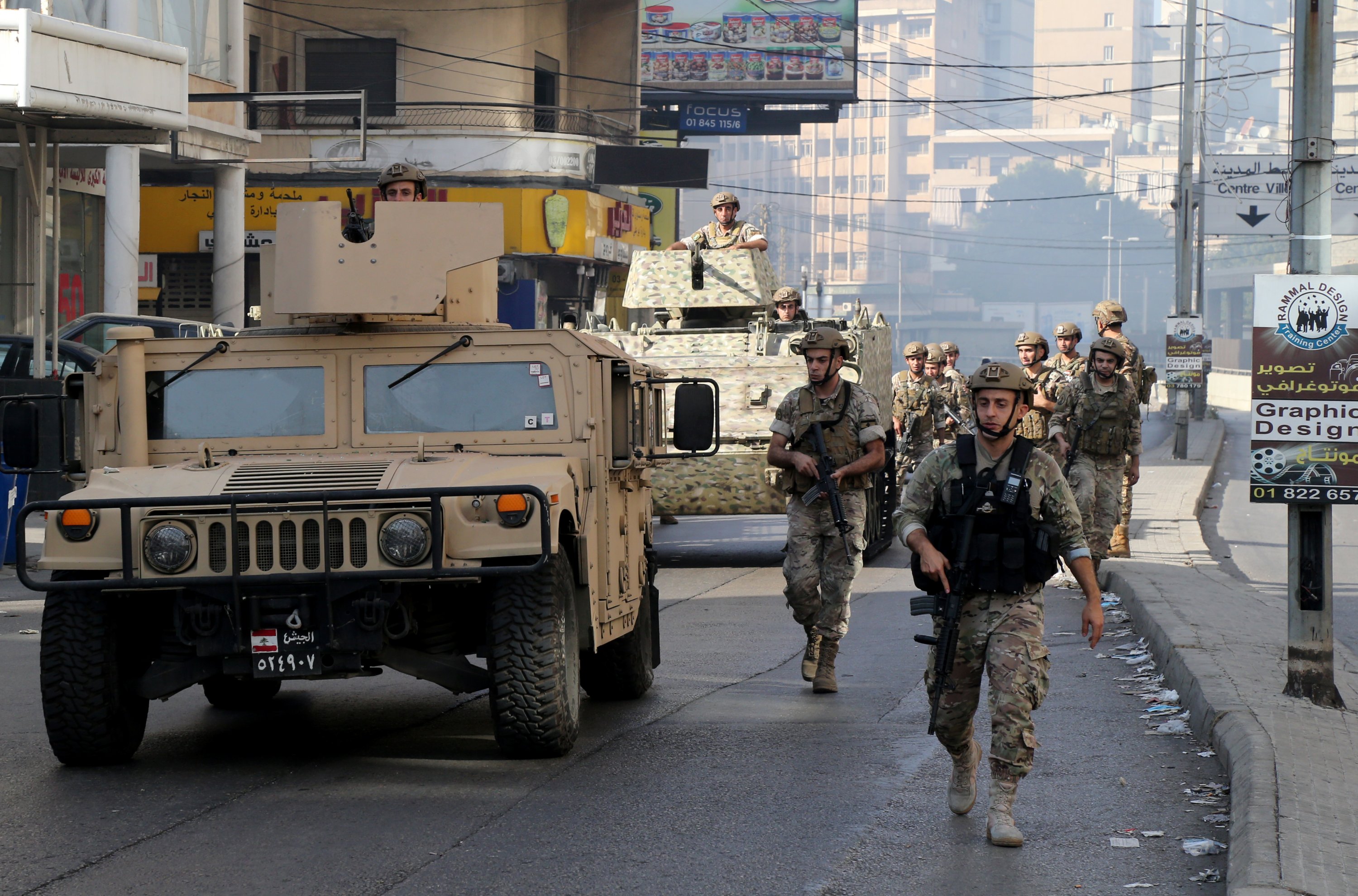 The Lebanese army announced Thursday that nine people, including a Syrian national, have been detained in relation to the deadly clashes that erupted during a protest in Beirut earlier in the day, the worst street violence the country has seen in over a decade.

In a statement on Twitter, the army said it had bolstered its forces in the areas that witnessed clashes after the unknown gunmen opened fire on demonstrating members of the Hezbollah group and Amal Movement, deploying patrols to avert further violence, according to Anadolu Agency (AA).

It also added that the army command was in contact with the parties involved to contain the situation and prevent wider fighting.

Early on Thursday, unknown gunmen opened fire at the protest near the Justice Palace, killing at least five people and wounding 32 others.

The protest was held to demand the removal of Tarek Bitar, the judge heading the probe into last year’s deadly Beirut port blast, as the court dismissed a complaint against him and allowed him to continue the investigation.

In a televised speech after the shootings, Lebanese President Michel Aoun vowed that those who were responsible for the violence on Thursday in Beirut will be held accountable.

Aoun said it was “unacceptable that weapons are once more the means of communication among Lebanese rivals,” according to remarks carried by Reuters.

“I have made contacts with the relevant parties today to address what happened and most importantly, to make sure that it never happens again.

“We will not allow anyone to take the country hostage to their own interests.”

Commenting on the violence, Hezbollah and Amal released a joint statement accusing an “armed group” affiliated with the Lebanese Forces party, led by Samir Geagea, of being behind the attack.

The Lebanese military said in a statement that the protesters were attacked while heading toward the Justice Palace.

Your new iPhone 13 doesn’t really need a case, if you ask me

Now you can buy now, pay later for just about everything