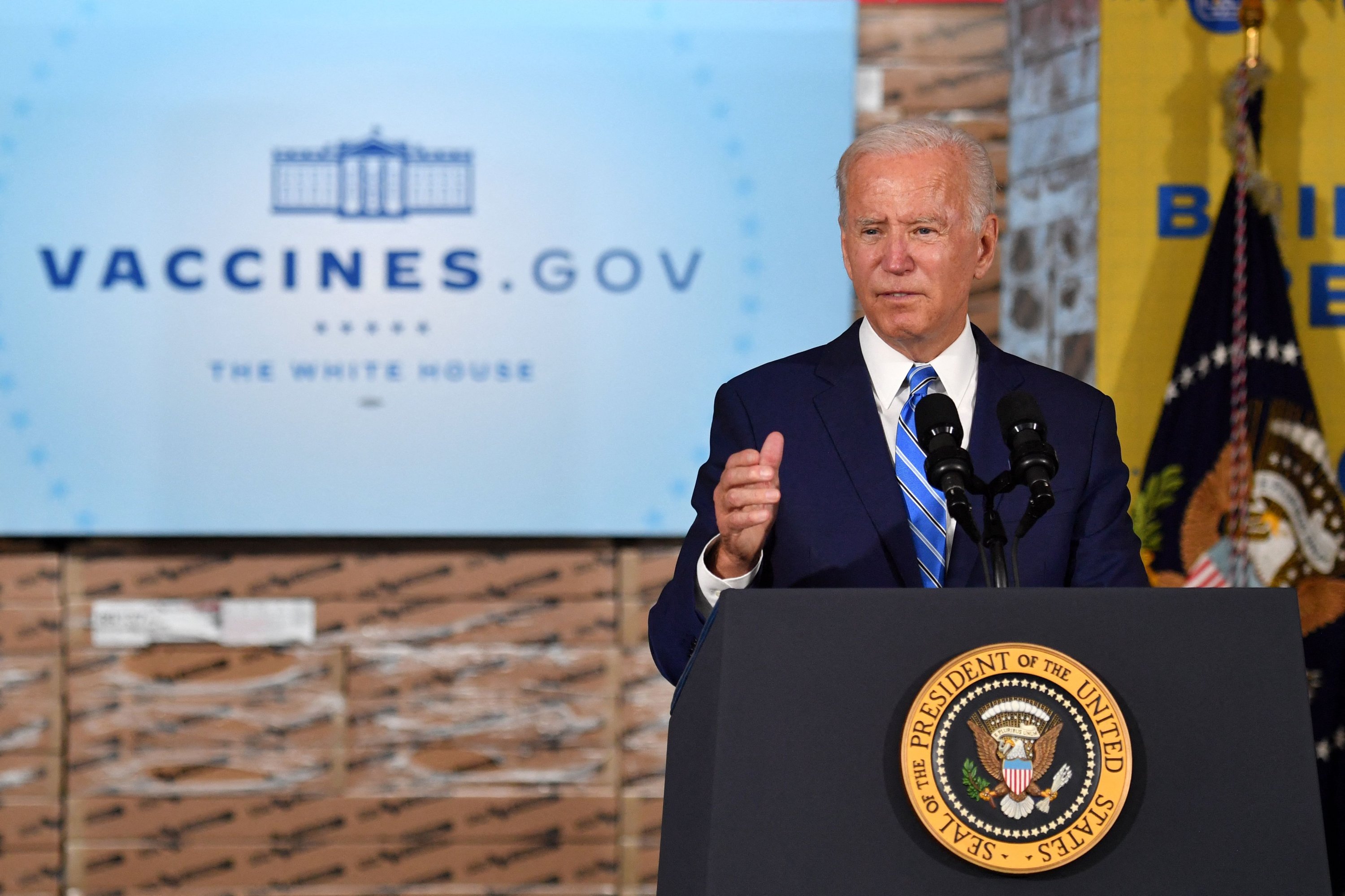 A draft of President Joe Biden’s plan to require private-sector workers to be vaccinated against COVID-19, or get tested regularly, was submitted to the White House Tuesday by the U.S. Department of Labor.

The department’s Occupational Safety and Health Administration submitted the proposed rule for review. Some details could change, a source familiar with the matter told Reuters. The move indicates the proposed standard could be released soon.

The mandate will apply to businesses with 100 or more employees and will be implemented under a federal rulemaking mechanism known as an emergency temporary standard. It would affect roughly 80 million workers nationwide.

Along with Biden’s order last month that requires all federal workers and contractors to be vaccinated, the orders cover 100 million people, about two-thirds of the U.S. workforce.

Biden’s mandate announcement in September came at a breaking-point moment as the country was struggling to control the pandemic and a large swath of the nation’s population was refusing to accept free vaccinations that have been available for months. The coronavirus has killed more than 700,000 Americans.

However, the workplace vaccine order has spurred pushback from many Republican governors.

On Monday, Texas Governor Greg Abbott, a Republican, issued an executive order banning businesses and other private entities in his state from requiring COVID-19 vaccinations for employees.

The plan has also drawn mixed reactions from companies. Many support the government’s goal of speeding up vaccinations, but smaller employers and those with mostly hourly workers have expressed concern the policy could be difficult to implement, especially as it may lead to losing employees in a tight labor market in addition to managing the cost and complexity of vaccinate-or-test mandates.

Several big employers such as Procter & Gamble, 3M along with airlines like American and JetBlue have imposed mandates since Biden’s announcement. Others such as IBM have said it will require all of its U.S. employees to be fully vaccinated by Dec. 8, regardless of how often they come into the office.

Several other large U.S. employers such as Walmart, have yet to issue broad requirements. The Labor Department’s standards will require many such companies to introduce mandates.

Markets brace for hot consumer inflation report in the week ahead