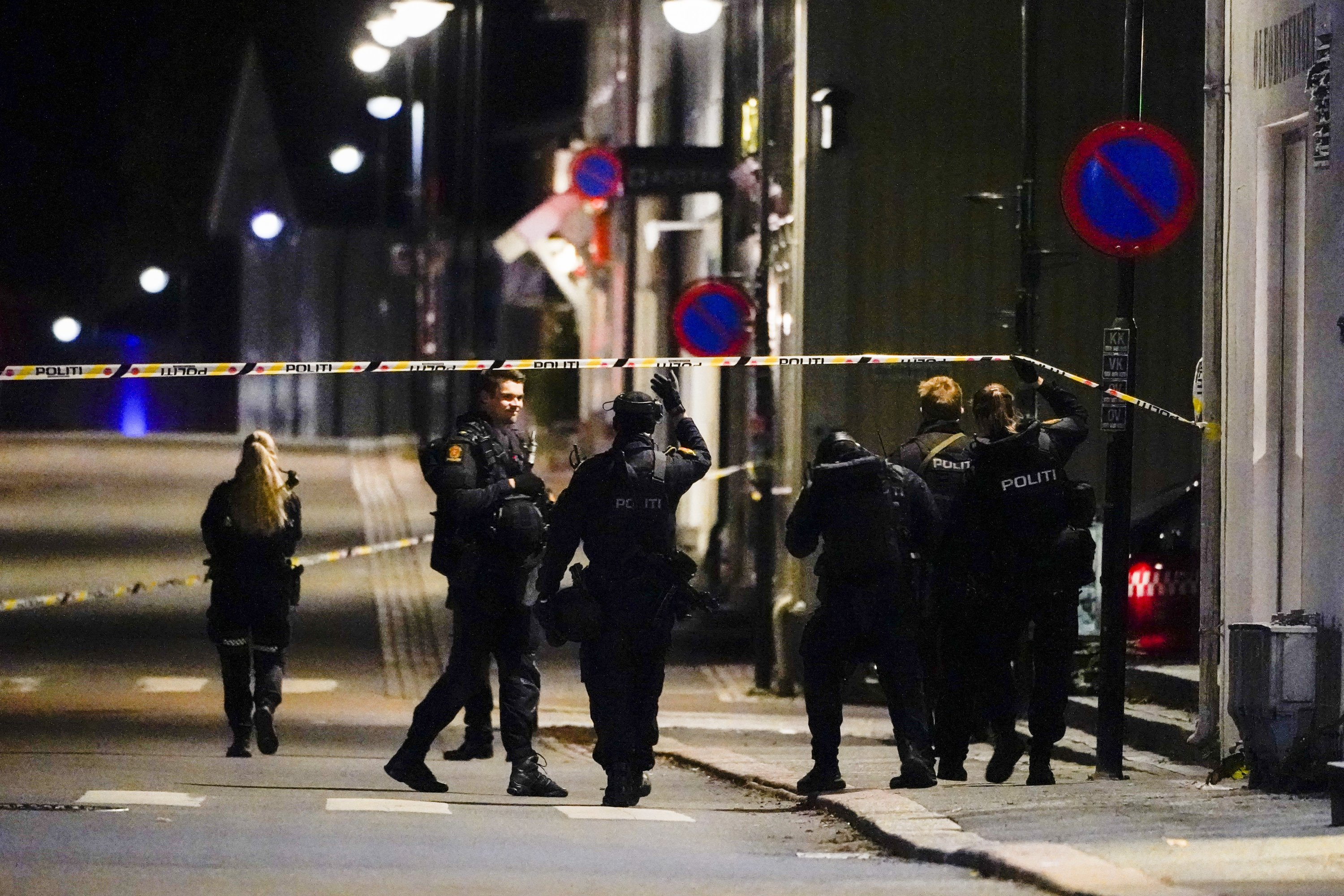 At least four people were killed Wednesday in attacks by a man wielding a bow and arrows in the town of Kongsberg of Norway, public broadcaster NRK reported, citing unnamed sources.

Norwegian police, however, declined to comment on the number of casualties but said they will investigate whether the attack amounted to an act of terrorism.

“It’s natural to consider whether this was an act of terror,” The town’s police chief Oyvind Aas told reporters.

He confirmed that the attacks happened over “a large area” of the town of around 28,000 people, about 70 kilometers southwest of the capital Oslo.

He also said the suspect had appeared to be acting alone and was arrested by the police.

A large number of policemen, helicopters, dogs and armed response teams were dispatched to secure the area, Aas said.

The shooting reportedly started in or near a Coop store in the city center, but details were still unclear, he said.

Harald Kristiansen, a spokesperson for Coop told NRK there had been “a serious incident in our store” but none of its employees had been injured. “We are providing assistance to our colleagues and helping police with their investigation,” he said.

“A lot of resources were sent from several places, including Oslo police district, the bomb squad, national police and emergency response teams,” Aas told journalists. “They are securing the various crime scenes. We have many witnesses to interview,” he said, according to The Guardian.

Kongsberg Mayor Kari Anne Sand told VG newspaper described the attack as “a tragedy for all those involved.” She said the municipality has set up a crisis team in a hotel to help those affected.

Shortly after the attack, Norway’s national police directorate ordered officers across the country to carry firearms. Norwegian police officers normally do not carry firearms but have access to guns and rifles when needed.

Norway’s minister of justice and public security, Monica Maeland, was reportedly receiving updates on the situation and closely monitoring the situation, the ministry said.

B.C. gets hit with a third heat wave and increasing wildfire smoke

The dollar depreciated today after several consecutive days of gains

More than 1 billion vaccine doses given

US: Taliban will have no access to Afghan central bank reserves | Business and Economy News