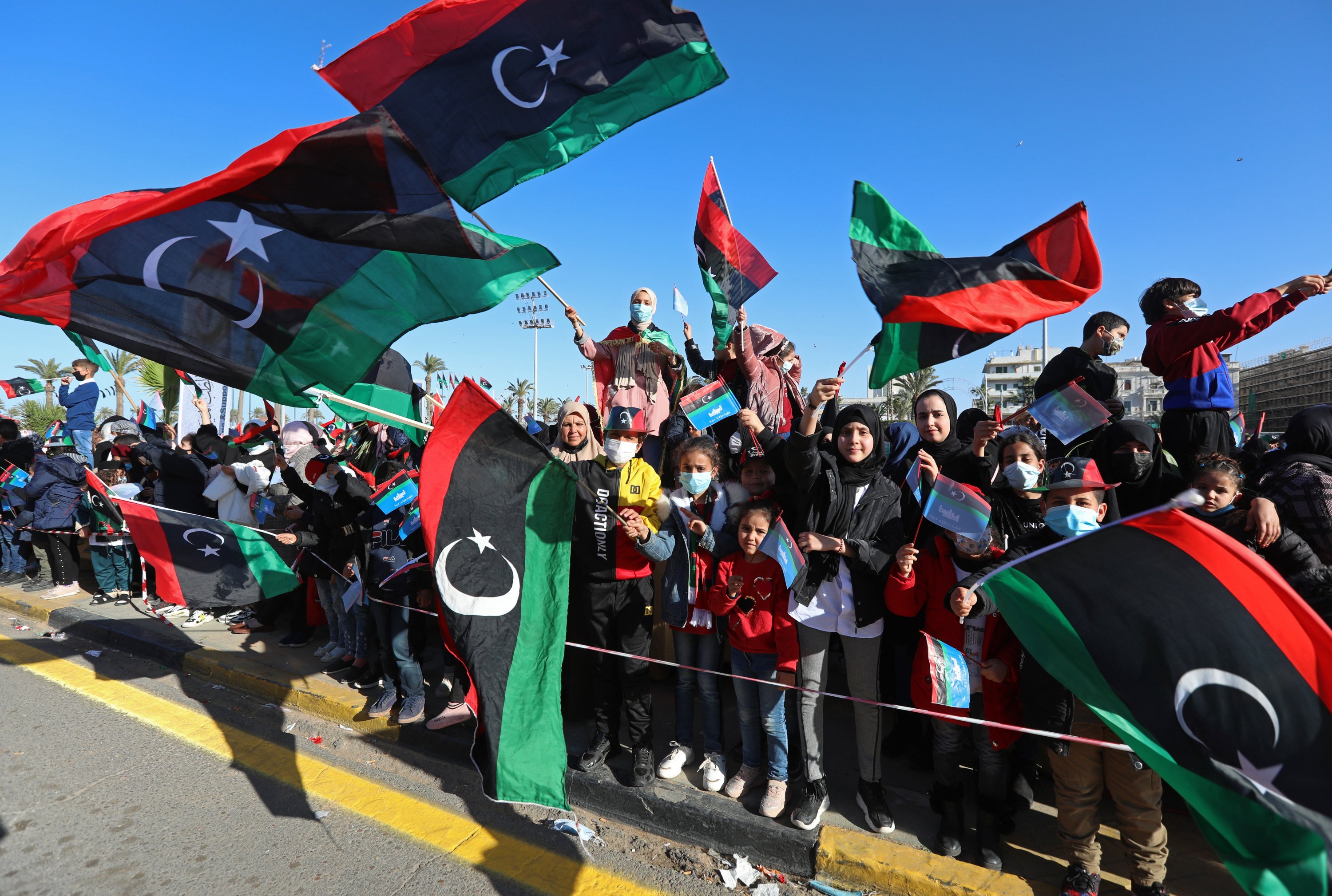 Libya’s eastern-based, pro-putschist Gen. Khalifa Haftar parliament has decided to hand out around $10,000 to families after the western-based unity government approved similar payments to newlyweds ahead of upcoming elections in December.

“All Libyan families are eligible” except for those who have benefited from the “marriage bonus,” parliamentary spokesperson Abdullah Bliheg told Agence France-Presse (AFP).

The move comes ahead of a presidential election in December and a legislative vote in January.

The polls are supposed to help unify Libya after years of conflict and division, but disputes over their legal and constitutional basis have laid bare the extent of the split between the country’s east and west.

In August, the country’s unity government based in Tripoli announced it would give “marriage benefits” of 40,000 Libyan dinars ($8,762) each to 25,000 couples set to marry by the end of the year.

They are excluded from the law adopted Monday, however.

The eastern-based parliament is led by Aguila Saleh, an ally of Haftar and rival of interim Prime Minister Abdul Hamid Dbeibah.

Libya has been gearing up for elections since last year, following a cease-fire between western fighters and Haftar’s forces, which had spent a year waging an unsuccessful campaign to seize Tripoli.

The country fell into the abyss following the 2011 toppling of longtime dictator Moammar Gadhafi and despite its vast oil wealth, many Libyans now live in poverty.

Libya has now seen a decade of turmoil, and war in the last several years as forces backing two rival governments clashed. Both sides were supported by regional powers, foreign fighters and mercenaries.

Russia, France, Egypt and the United Arab Emirates (UAE) have been some of the biggest supporters of putschist Gen. Khalifa Haftar, while Turkey backed the United Nations and internationally recognized Government of National Accord (GNA) in the west.

Last October’s cease-fire between rival eastern and western governments, after U.N.-hosted talks, led to a transitional government taking office in March to usher the country toward elections at the end of this year.