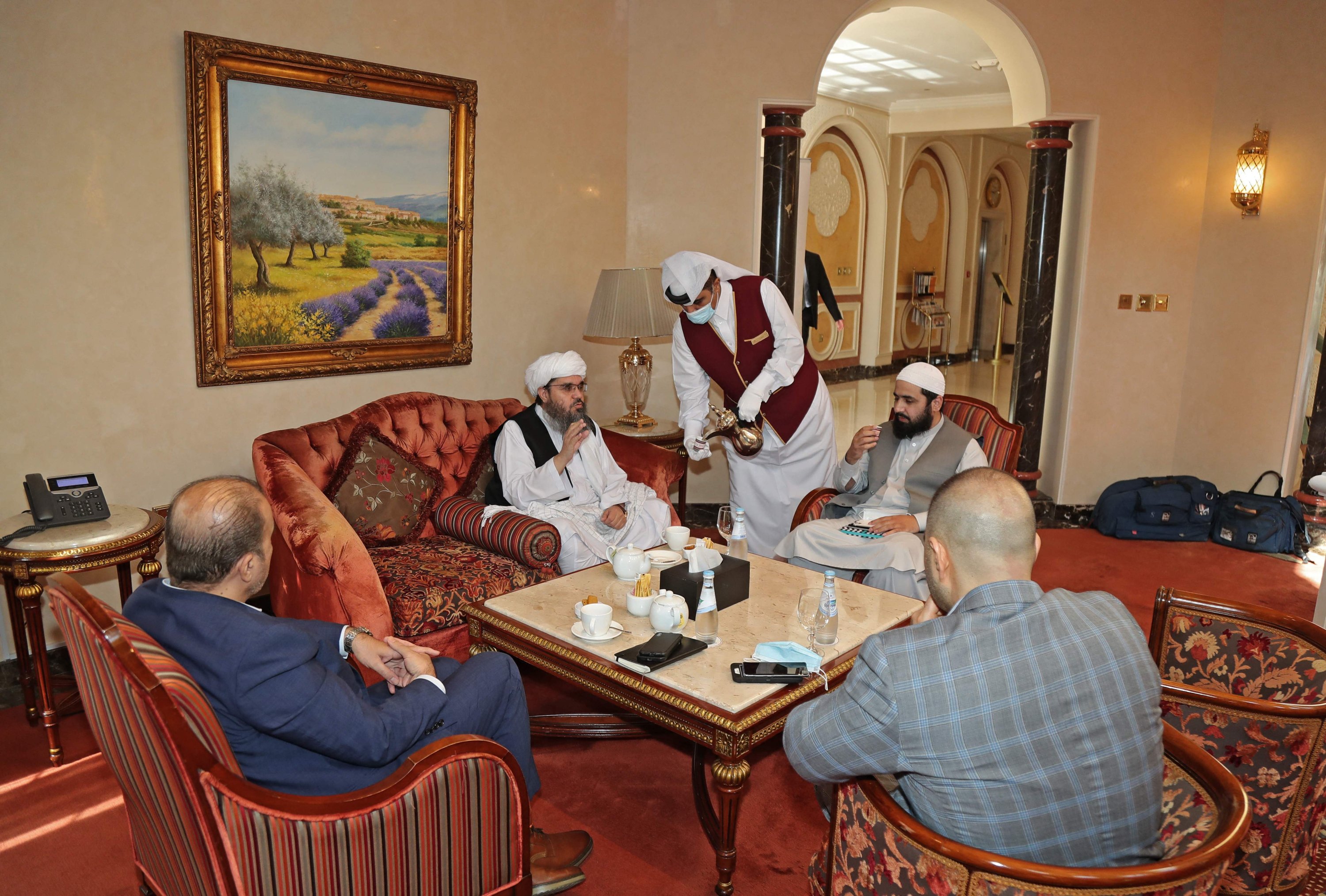 The Taliban held their first face-to-face talks with a joint EU-U.S. delegation Tuesday in Qatar as Afghanistan’s new rulers pursue their diplomatic push for international support.

The Taliban are seeking recognition, as well as assistance to avoid a humanitarian disaster after they returned to power in August following the withdrawal of U.S. troops after 20 years of war.

U.N. chief Antonio Guterres urged the world to donate to Afghanistan to head off its economic collapse but also slammed the Taliban’s “broken” promises to Afghan women and girls.

The direct talks in Doha were facilitated by Qatar which has long hosted a Taliban political office. EU spokeswoman, Nabila Massrali, said the meeting would “allow the U.S. and European side to address issues” including the free passage for people wanting to leave, access for humanitarian aid, respect for the rights of women and preventing Afghanistan from becoming a haven for “terrorist” groups.

“This is an informal exchange at the technical level. It does not constitute recognition of the ‘interim government,'” she said.

The Taliban badly need assistance as Afghanistan’s economy is in a parlous state with international aid cut off, food prices rising and unemployment spiking.

The regime, still yet to be recognized as a legitimate government by any other country, is also facing a security threat from the Daesh-Khorasan Province (Daesh-K) group, which has launched a series of deadly attacks.

“We want positive relationships with the whole world,” the Taliban’s acting foreign minister Amir Khan Muttaqi said at an earlier event in Qatar.

“We believe in balanced international relations. We believe such a balanced relationship can save Afghanistan from instability,” said Muttaqi, who led the Taliban delegation Saturday for the first in-person talks with U.S. officials since the American pullout.

Ahead of Tuesday’s talks, EU foreign policy chief Josep Borrell said the bloc was looking to bolster its direct aid to the Afghan people in an effort to stave off “collapse.”

“We cannot ‘wait and see.’ We need to act, and act quickly,” Borrell said after discussions with EU development ministers. The international community is facing a tough balancing act trying to get urgently needed aid to Afghans without endorsing Taliban rule.

G-20 leaders were to hold a virtual summit on Tuesday to discuss the humanitarian and security situation following the Taliban takeover. It was not clear if all the leaders of the G-20 economic powers, which include the United States, EU, China, Turkey, Russia and Saudi Arabia among others, would join the meeting organized by Italy. But an Italian government official said it would be “mostly heads of state and government.”

Guterres underscored discontent with the Taliban over its treatment of women despite vows it would not repeat its earlier hardline rule. “I am particularly alarmed to see promises made to Afghan women and girls by the Taliban being broken,” he told reporters Monday.

Afghanistan’s boys were allowed to return to secondary schools three weeks ago, but girls have been told to stay at home along with women teachers in much of the country, though they can attend primary school. Asked about the exclusion of girls, Muttaqi said schools had been closed because of COVID-19 – a threat he said had lessened.

“COVID … has been controlled and incidences are very few, and with the reduction of that risk, the opening of schools has already started and every day it is increasing,” he said.

Muttaqi also insisted there was no discrimination against the Shiite community and claimed that Afghanistan’s Daesh affiliate is being tamed.

“Whatever preparations they had made have been neutralized 98%,” he said.

Daesh-K claimed a bombing of a Shiite mosque that killed more than 60 people on Friday, the deadliest attack since the U.S. pullout.

Underlining the shaky security situation, the U.S. and Britain warned their citizens Monday to avoid hotels in Afghanistan.

Spain, in the meantime, was to organize a second evacuation flight for Afghans Tuesday after flying 84 from Pakistan to a base near Madrid on Monday.

Madrid evacuated more than 2,000 people, most of them Afghans who had worked for Spain and their families, during the Western withdrawal from Kabul in August but the flights had to stop once the last American troops left.

Panama FM: ‘Migration is the phenomenon of our time’