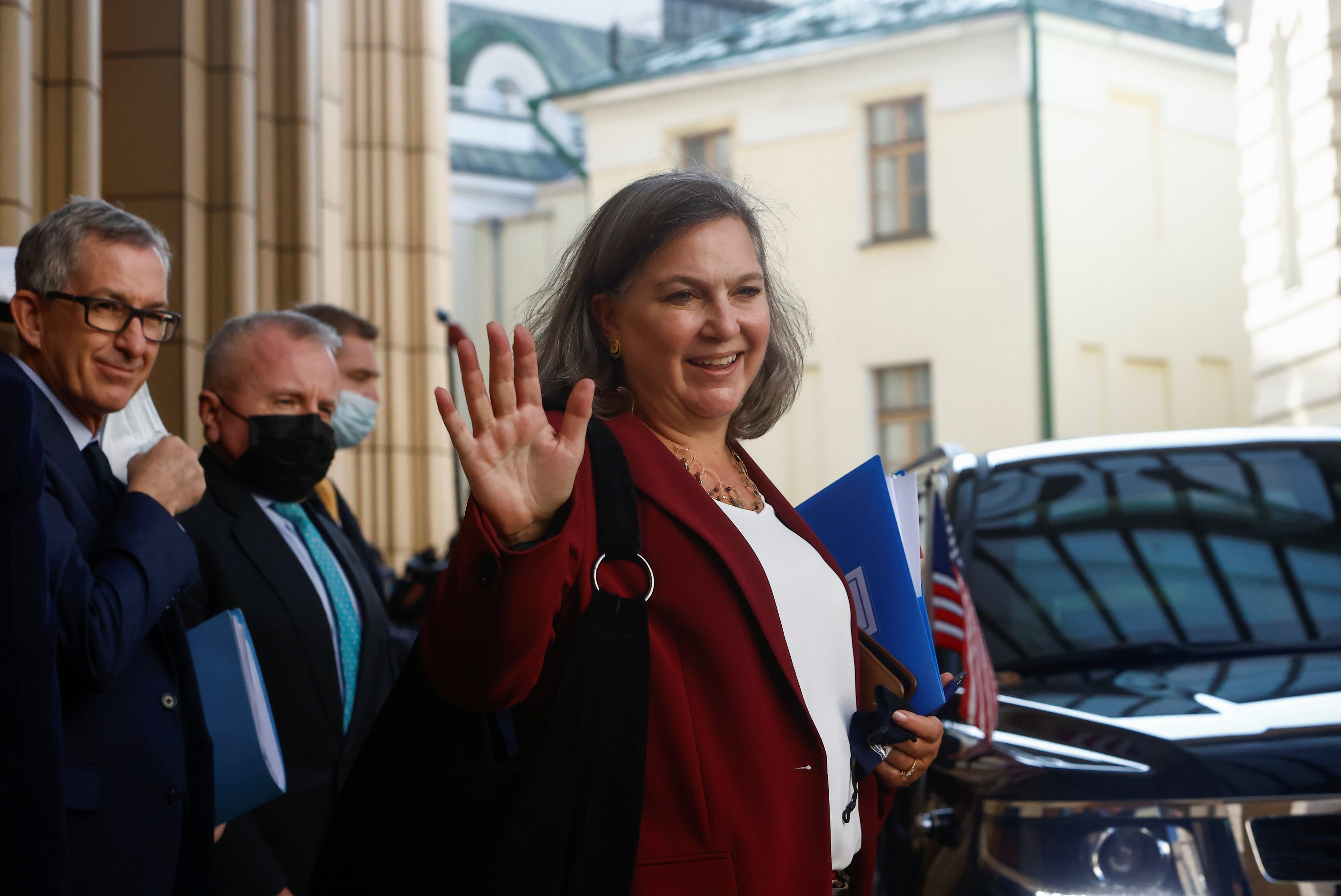 Moscow on Tuesday reiterated its strong opposition to any United States military presence in Central Asia to a senior U.S. diplomat visiting Russia.

Under Secretary of State Victoria Nuland arrived in Moscow Monday on a three-day visit for talks that the U.S. State Department said would touch on a range of bilateral, regional and global issues.

Russian Deputy Foreign Minister Sergei Ryabkov said after Tuesday’s meeting with Nuland that they touched on arms control negotiations and the situation in Afghanistan among other subjects.

Ryabkov told the Interfax news agency that he stressed, “the U.S. and its allies bear the main responsibility among foreign actors for normalizing life in Afghanistan since their presence actually led to the current situation.”

The Russian diplomat described the conversation as “direct and businesslike,” adding that he again emphasized Moscow’s strong opposition to any U.S. presence in the former Soviet Central Asian nations following the U.S. exit from Afghanistan.

“We strongly reaffirmed the unacceptability to Russia of any form of U.S. military presence in Central Asian countries,” he said, according to Interfax.

There was no immediate comment from the U.S. Embassy.

The U.S. and its allies hoped to negotiate agreements, overflight rights and increased intelligence-sharing with Uzbekistan and Tajikistan that border Afghanistan or other ex-Soviet nations in Central Asia. But Russia, which has maintained close political, economic, security and military ties with the Central Asian countries, has bristled at any such U.S. presence.

The U.S. leased a base in Uzbekistan in the early stages of the war in Afghanistan until the country terminated it in 2005 amid tensions with Washington. It also used a base in Kyrgyzstan but it asked the U.S. to leave in 2014 under pressure from Russia.

During her visit to Moscow, Nuland is also set to hold talks with Kremlin Deputy Chief of Staff Dmitry Kozak, who acts as President Vladimir Putin’s point person in Ukraine.

The U.S. has strongly backed Ukraine in its standoff with Russia that followed its 2014 annexation of Ukraine’s Crimean Peninsula and support for a separatist rebellion in the country’s eastern industrial heartland.

Dune ending explained, and how it sets up a spicy sequel