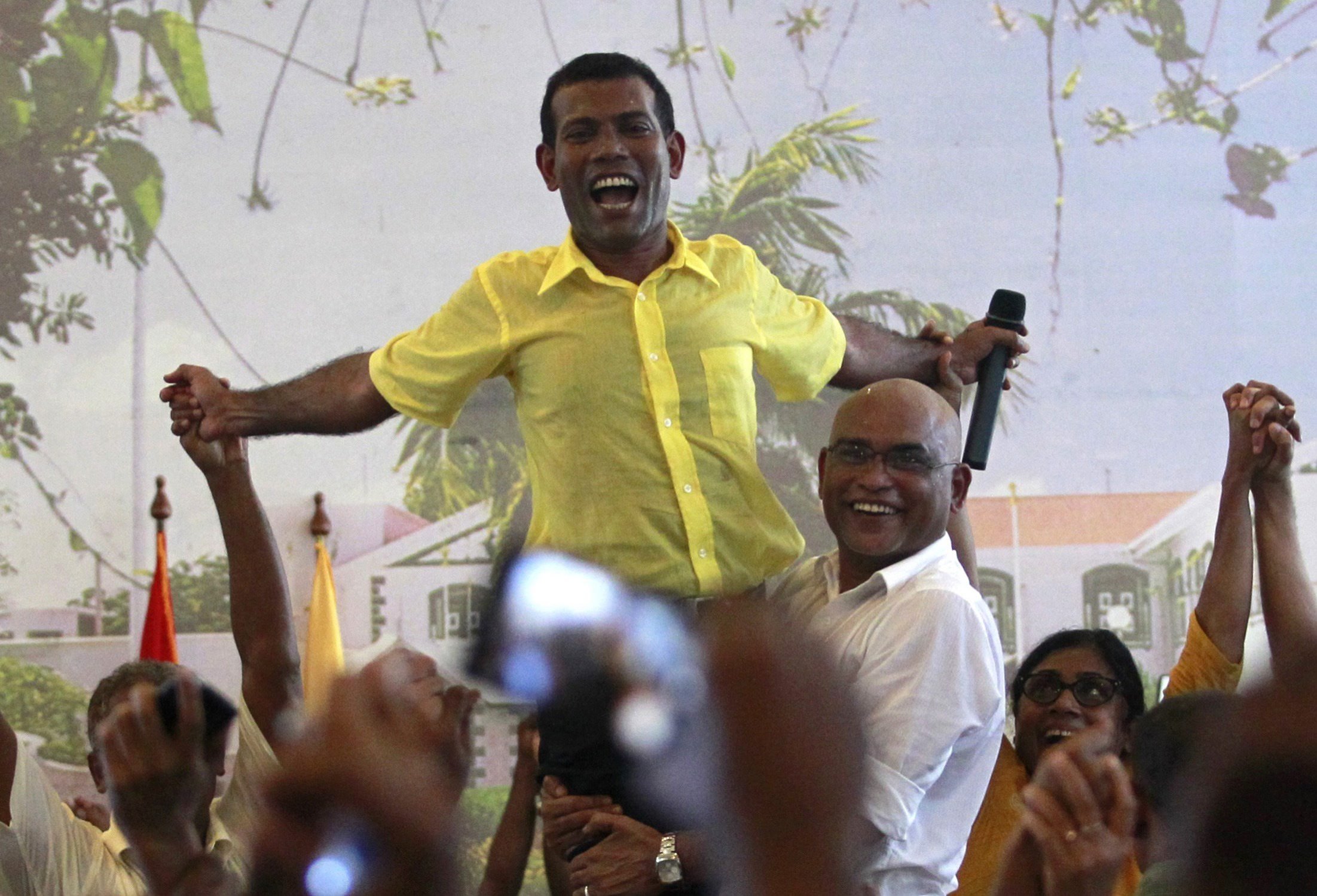 The 54-year-old pro-democracy pioneer was welcomed by President Ibrahim Mohamed Solih at the Male international airport before being driven away under heavy armed escort.

“People were taken by surprise to see him arrive today,” a Maldivian official close to Nasheed told Agence France-Presse (AFP). “The return was not announced in advance due to security considerations.”

Nasheed, currently the speaker of parliament, was critically wounded in a May 7 assassination attempt outside his home in the capital Male.

He underwent 16 hours of surgery before traveling to Germany in May for further treatment and rehabilitation.

There has been no claim of responsibility but Nasheed’s party has blamed religious extremists in the tiny Islamic republic, which practices a liberal form of the religion and is known for its upmarket tourism.

Maldivian authorities have arrested six people, all locals, in connection with the attack that rocked the largely peaceful nation of 340,000 Sunni Muslims.

The government has cracked down on extremism and foreign preachers are banned.

Violent attacks are rare, though a dozen foreign tourists were wounded by a bomb blast in Male in 2007.

Daesh claimed a boat arson attack last year, but there is little evidence the group has a presence in the archipelago of 1,192 tiny coral islands.

Nasheed caught international attention for holding a 2009 cabinet meeting underwater to highlight the threat of global warming, signing documents as officials wore scuba gear with coral reefs in the background.

He was toppled in a military-backed coup in 2012, convicted on a terrorism charge and jailed for 13 years.

He left the country on medical leave and sought refuge in Britain, returning to the Maldives after his nominee won the presidency in 2018.

85 Americans have left Afghanistan since U.S. completed its withdrawal