Brexit minister Lord Frost has accused the EU of being an organisation “that doesn’t always look like” it wants the UK to succeed as he demanded changes to post-Brexit arrangements for Northern Ireland.

In a speech in Lisbon, the cabinet minister called on Brussels to help “tackle the fundamental issues” with the Northern Ireland Protocol – which he claimed was “not working” – and to show “the same ambition and willingness” to solve problems.

He also reiterated a threat to suspend post-Brexit arrangements for Northern Ireland – which were designed to prevent a hard border on the island of Ireland – by triggering Article 16 of the Protocol.

But critics attacked Lord Frost for now trashing an agreement he helped negotiate with Prime Minister Boris Johnson less than two years ago, and for risking a new row with the EU after the “sausage war” earlier this year.

In his speech on Tuesday, Lord Frost said the Protocol was “the biggest source of mistrust” between the EU and UK and said the border arrangements had “completely lost consent in one community in Northern Ireland”.

“There is a widespread feeling in the UK that the EU did try to use Northern Ireland to encourage UK political forces to reverse the referendum result or at least to keep us closely aligned with the EU,” he added.

“And, moreover, that the Protocol represents a moment of EU overreach when the UK’s negotiating hand was tied, and therefore cannot reasonably last in its current form.

“Whether or not you agree with either analysis – the facts on the ground are what matter above all.

“Maybe there is a world in which the Protocol could have worked, more sensitively implemented.

“But the situation has now moved on. We now face a very serious situation. The Protocol is not working.”

Lord Frost revealed he had shared a new legal text with the European Commission on Tuesday with his planned changes for the Protocol.

These include the removal of the European Court of Justice (ECJ) from oversight of the Protocol.

He spoke ahead of EU vice-president Maros Sefcovic delivering Brussels’ response on Wednesday to the UK government’s suggested changes to the Protocol, which Lord Frost outlined in July.

The Brexit minister said the UK was “really ready” to discuss the EU’s own proposals “whatever they say” adding: “We will obviously consider them seriously, fully, and positively.”

But he warned the EU must be ready to agree to “significant change” to the agreement – warning it “takes two” to “fix” a currently “fractious” UK-EU relationship – as he expressed his wish for a “new” and “forward-looking” Protocol.

Senior EU figures – including French President Emmanuel Macron – have previously warned that “nothing is negotiable” with regards to the Protocol.

But, while Lord Frost admitted he understood why the EU “feels it is difficult to come back to an agreement reached only two years ago”, he stressed “that in itself is far from unusual in international relations”.

The Brexit minister warned it would be a “historic misjudgement” for the EU to insist the Protocol cannot be improved.

“To insist on this route would be to do a great disservice to Northern Ireland – and not recognise the process of iterative improvement that has kept the balance and sustained the peace process in Northern Ireland over the past decades,” he added.

“Of course you can insist on this route. But if you do, you must remember that it is this government that governs Northern Ireland as it does the rest of the UK.

“Northern Ireland is not EU territory. It is our responsibility to safeguard peace and prosperity in Northern Ireland, and that may include using Article 16 if necessary.

“We would not go down this road gratuitously or with any particular pleasure.”

The last great battle of Brexit

Some are describing this as the last great battle of Brexit.

It’s less about the practicalities of the Northern Ireland Protocol and more about the politics – who has the power to enforce the trading arrangements.

When the UK voted to leave the EU, Northern Ireland became the square peg in the round hole.

How would Northern Ireland exit the EU with the rest of the United Kingdom without the need for a border with the Republic?

In the end the two sides compromised, leaving Northern Ireland in the EU’s single market, much to the angst of Unionists.

Now, there is a new dilemma. How can Northern Ireland remain in the EU’s single market and the European Court of Justice (ECJ) not have oversight here?

It’s too soon to know if Lord Frost’s stance on the ECJ is a negotiating position or a red line for a UK government seriously considering Article 16.

“The absolute state of David Frost trashing the deal he negotiated + hailed as a triumph – despite many, yours truly included, warning it was a dud – *and worse* now using it to further undermine our relationship with some of our closest friends in an increasingly dangerous world,” the Tory peer posted on Twitter.

Labour’s shadow Brexit minister, Baroness Chapman, claimed senior Conservatives were “desperate to use a tussle with Brussels to distract from their domestic failures – whether on COVID, the energy crisis, or the needless culling of thousands of pigs”.

She added: “Today was an opportunity for the government to reset relations with our partners in the EU after a fractious start to our new relationship.

“Instead of approaching the occasion with maturity and in the spirit of cooperation, Lord Frost has effectively asked to rip up the agreement he negotiated – and the Prime Minister signed – just two years ago.”


Why are there supply shortages in UK?

DUP leader Sir Jeffrey Donaldson, whose party never supported the Protocol, warned both the UK government and EU against “tinkering around the edges with temporary fixes”.

“The Protocol does not have the support of a single elected unionist in Northern Ireland. If it is not replaced, then it will condemn Northern Ireland to further harm and instability,” he said.

“We need a long-term solution which will then allow us all to plan and get back to focusing on fixing our public services rather debating the Protocol.” 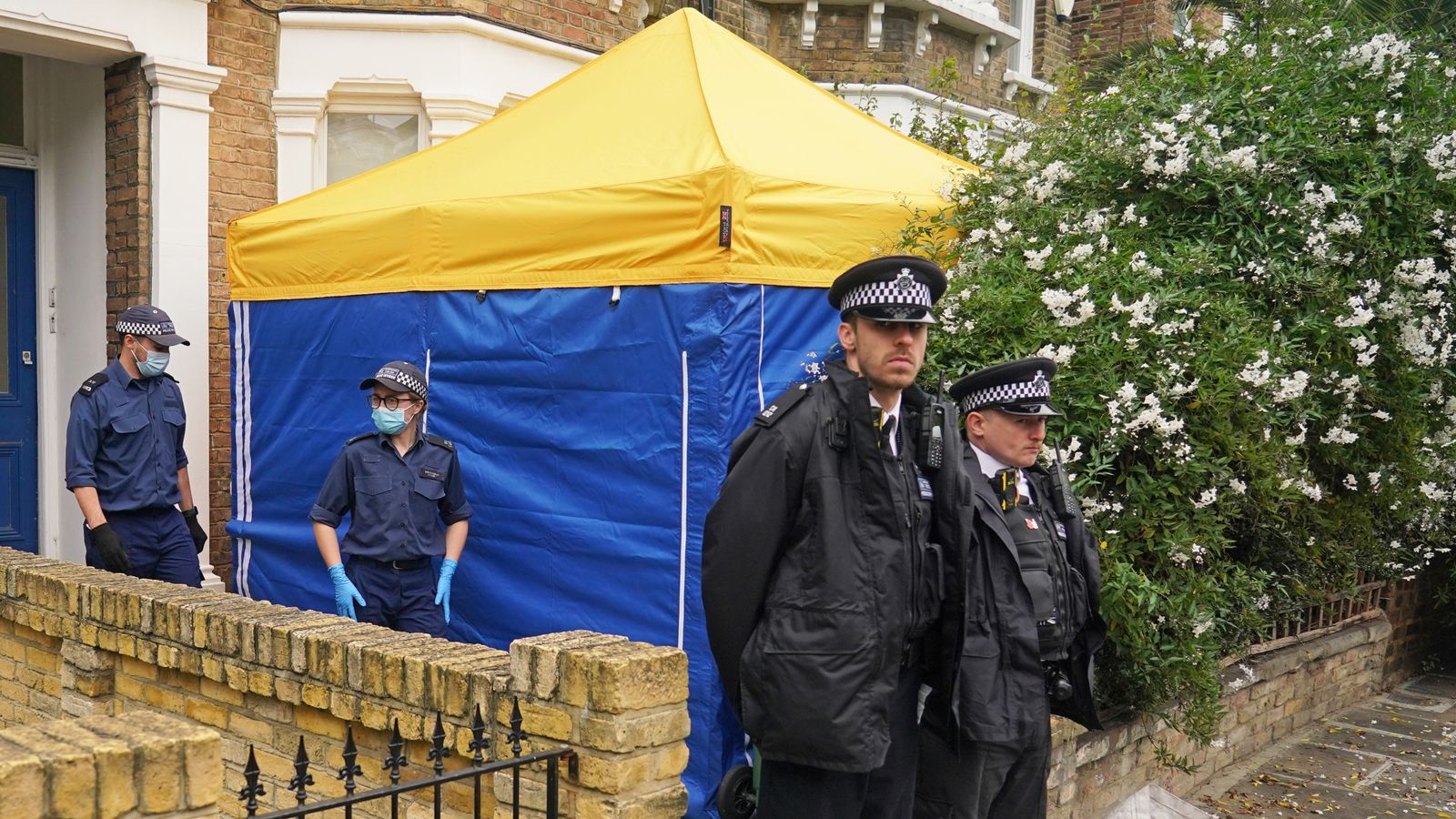