Ireland’s foreign affairs minister has accused the UK of “shifting the playing field” away from solving issues with the Northern Ireland Protocol.

Simon Coveney claimed Boris Johnson‘s government is dismissing solutions put forward by the European Union before they have been published.

His pointed comments came in the wake of Brexit minister Lord Frost calling for the role of the European Court of Justice (ECJ) in the protocol to be scrapped.

EU working seriously to resolve practical issues with implementation of Protocol – so UKG creates a new “red line” barrier to progress, that they know EU can’t move on…. are we surprised?
Real Q: Does UKG actually want an agreed way forward or a further breakdown in relations? https://t.co/4MhgEdlxAf

Lord Frost is set to deliver a speech on Tuesday in which he will make ending the role of the ECJ a British red line as it seeks changes to the protocol.

The protocol is a key part of the Brexit deal struck between London and Brussels and is designed to avoid a hard border on the island of Ireland.

But having negotiated and signed up to the arrangement, the UK has now put forward proposals to change it.

Downing Street has said changing the protocol is essential if it is to survive.

The prime minister’s official spokesman said the UK signed up to it in “good faith” but the way it is being operated by Brussels is unsustainable.

“It was formed in the spirit of compromise in challenging circumstances,” he said.

“Since then we have seen how the EU is inclined to operate the governance arrangements, issuing infraction proceedings against the UK at the first sign of disagreement.

“These arrangements aren’t sustainable, we need to find a new way of resolving issues that arise between us using mechanisms normal in other international treaties.”

Speaking at the Conservative Party conference in Manchester last week, Lord Frost said the UK “cannot wait forever” for a response from the EU to its proposals.

But speaking to RTE Morning Ireland, Mr Coveney said: “Each time that the European Union comes forward with new ideas and new proposals to try and solve problems, they are dismissed before they are released, and that’s happening again this week.”

He said European Commission vice president Maros Sefcovic and his negotiating team have been preparing measures to solve the issues with the protocol, proposals which will be set out on Wednesday.

Mr Coveney also admitted that a tweet posted by him at the weekend – in which he argued the British government has created a new “red line” over the ECJ – was “not very diplomatic”.

But he said it is also “not very diplomatic” of the UK government to brief the British media.

“David Frost accuses me of raising issues on social media. It’s a bit rich, quite frankly, because he is briefing the British media effectively to say ‘Well, the EU can make the changes that they need to make, but actually it’s not enough, we want more’, and now it’s the ECJ that is the main issue,” Mr Coveney said.

“Yes, it’s true that they raised ECJ issues in a command paper in mid-summer, but the truth is, if the jurisdiction of the European Court of Justice, in terms of the functioning of the EU single market, was an absolute red line for the UK, why did they sign up to an agreement that allowed the ECJ to effectively be the final arbiter for the implementation of the protocol in Northern Ireland?

“This is being seen across the European Union as the same pattern over and over again – the EU tries to solve problems, the UK dismisses the solutions before they’re even published and asks for more.”

Speaking to reporters on Monday, a European Commission spokesperson said removing the role of the ECJ would effectively cut Northern Ireland off from the single market and the focus of both sides should be on other issues around the protocol.

Mr Coveney also said in his interview that it would be Northern Ireland and the Republic that will suffer the most if the row continues.

“They are raising practical issues around freedom to trade without checks between Great Britain and Northern Ireland.

“The European Commission is trying to solve those issues as much as they can within the confines of the protocol.

“The British government seems to be shifting the playing field now away from solving those issues, which they presume they have compromised on, and now opening up this red line issue of the jurisdiction of the ECJ.” 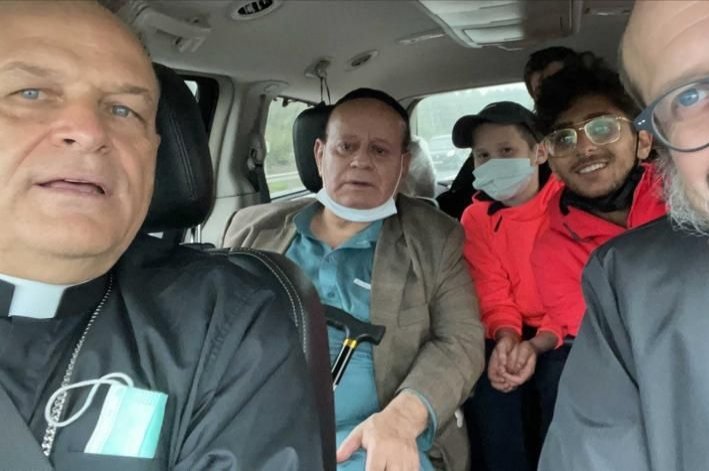