24 officers of Punjab Police have been appointed and transferred

Lahore (Daily Pakistan Online): Eight DSPs of Punjab Police and investigators in charge of 16 police stations in Lahore have been transferred and posted.

According to details, IG Punjab Rao Sardar has appointed Muhammad Ramzan as DSP Nankana Sahib, Zahid Hussain as DSP Bada Ghar Circle Nankana, Zafar Iqbal as DSP Nine SPU, Akhtar Ali as SDP Orinala Khurd while Syed Iqbal Hussain Kazmi has been posted as DSP Investigation III, Rawalpindi. The services of Saeedullah Khan and Muhammad Iqbal have been transferred to Additional IG Special Branch while the services of Khalid Mahmood have been handed over to Additional IG CTD. 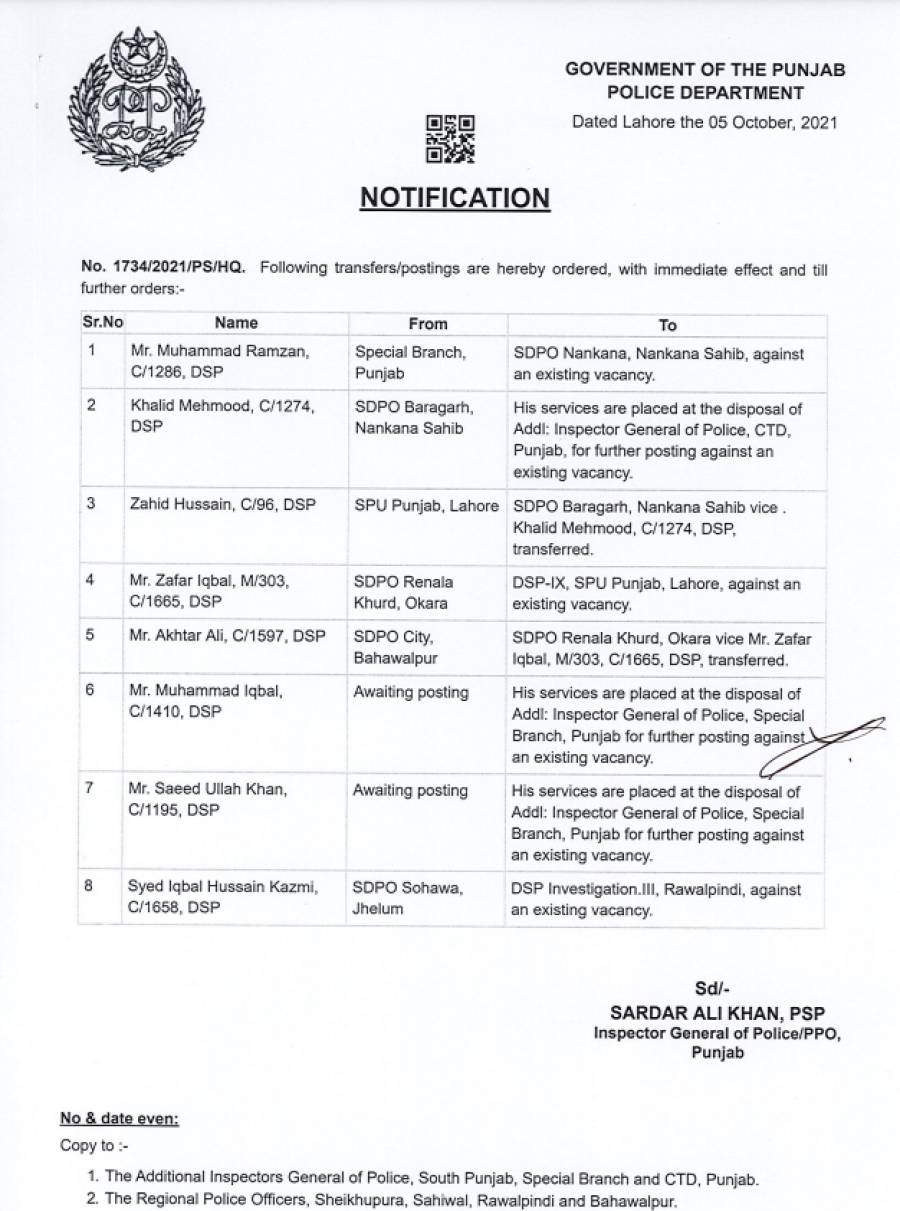