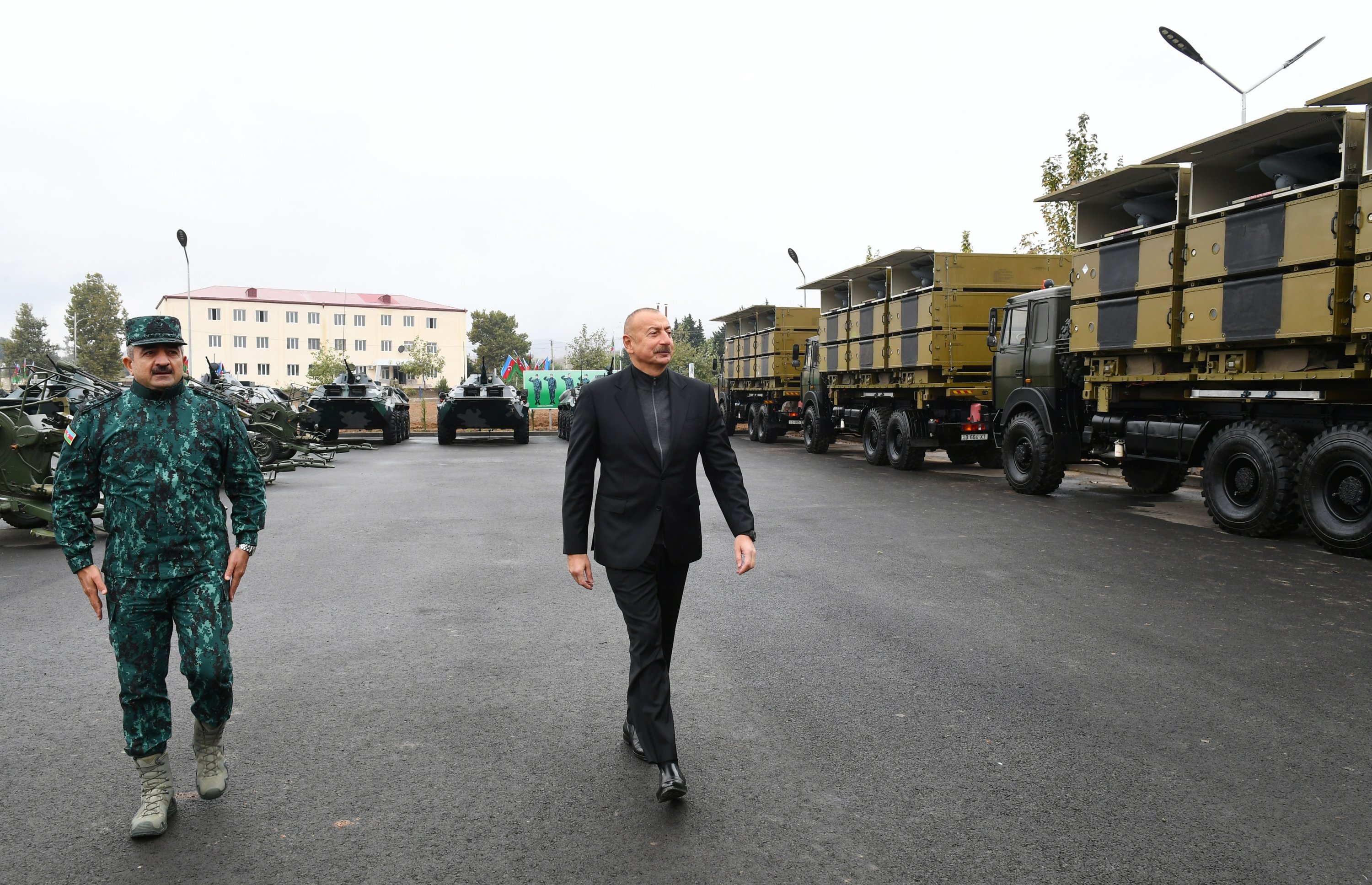 Azerbaijan’s President Ilham Aliyev on Wednesday reiterated his country’s willingness to establish relations with neighboring Armenia.
Receiving credentials of the new head of EU delegation to Azerbaijan, Peter Michalko, Aliyev said: “We want to establish relations with our neighbor Armenia and we are ready to start negotiations on the peace agreement, delimitation, and opening communications.”
“This process has partly begun, but I believe that if the European Union is fully involved and I sense such a willingness, it will be able to assist us in many areas,” the president was quoted by Azerbaijan’s state news agency Azertac as saying.
Aliyev stressed that the bloc could contribute to the development, permanent stability, and cooperation in the region.
Aliyev said the liberation of Nagorno-Karabakh in 2020 by Azerbaijan could lead to stability, and peace in the region.
Recently, Aliyev and Armenia’s Prime Minister Nikol Pashinian both expressed readiness for a joint summit as the second Karabakh war between the two countries has left a year behind.
Relations between the former Soviet republics of Azerbaijan and Armenia have been tense since 1991 when the Armenian military occupied Nagorno-Karabakh, a territory internationally recognized as part of Azerbaijan, and seven adjacent regions.
When new clashes erupted on Sept. 27 last year, the Armenian army launched attacks on civilians and Azerbaijani forces and violated several humanitarian cease-fire agreements.
During the 44-day conflict, Azerbaijan liberated several cities and nearly 300 settlements and villages from the nearly three-decade occupation.
On Nov. 10, 2020, the two countries signed a Russian-brokered agreement to end the fighting and work toward a comprehensive resolution.
On Jan. 11, the leaders of Russia, Azerbaijan, and Armenia signed a pact to develop economic ties and infrastructure to benefit the entire region. It included the establishment of a trilateral working group on Karabakh.
The cease-fire is seen as a victory for Azerbaijan and a defeat for Armenia, whose armed forces withdrew in line with the agreement. Prior to this victory, about 20% of Azerbaijan’s territory had been under illegal occupation for nearly 30 years.
Ankara has pledged its full support to Baku in its efforts to liberate its lands from Armenian occupation. A joint Turkish-Russian center was established to monitor the truce. Russian peacekeeping troops have also been deployed to the region.
Turkey’s Foreign Minister Mevlüt Çavuşoğlu also said last week that Turkey would coordinate all steps to be taken in terms of reestablishing relations with Armenia amid positive statements in that regard, but no meeting has been scheduled with his Armenian counterpart.
Pashinian’s spokesperson Mane Gevorgyan last month said her country is ready to engage in high-level dialogue with Turkey. She noted that Yerevan was ready to establish the highest-level dialogue with Ankara and eliminate obstacles on the transit corridor that would have to go through Armenia to connect Azerbaijan to its Nakhchivan enclave that borders Turkey and Iran.
Armenia and Turkey never established diplomatic relations and their shared border has been closed since the 1990s. The ties have further deteriorated due to Turkey’s support for its regional ally Azerbaijan, which fought with Armenia last year for the liberation of the occupied Nagorno-Karabakh region.

Vietnam imposes curfew and mass evacuations ahead of Typhoon Noru