The European Union’s executive called for an investigation on Thursday into illegal migrant pushbacks after a report by German media outlets Der Spiegel and ARD documented what they said were Greek and Croatian officials carrying out such operations.

The joint report said Greek and Croatian special forces sometimes concealed their identity during such operations, which at times were violent.

“Some of these reports are shocking,” the EU’s Home Affairs Commissioner Ylva Johansson said, adding that she expected a thorough investigation of the issue. Johansson was due later on Thursday to meet the Greek and Croatian interior ministers, who are in Brussels for two days of talks with their EU peers, and would urge them to take the matter “very seriously.”

She said the evidence presented in the report seemed very credible, that people on the EU’s borders were being subjected systematically to violence and that EU money was being misused to support forces that commit such “unacceptable” acts.

The German media report said it had video footage of 11 pushbacks by Croatian police into Bosnia and also evidence including footage of the Greek coast guard forcing migrants back into the Aegean Sea. Reuters has not independently verified the allegations.

Croatia’s Interior Minister Davor Bozinovic said the police would conduct an investigation. He added that Croatian border police acted in line with the law and did not tolerate any abuse of authority.

The migration ministry in Athens denied reports of migrant pushbacks.

“We strongly deny these allegations. Greek borders are EU borders and we operate within international and European law to protect them,” Greek Migration Minister Notis Mitarachi said in a statement.

Mitarachi said Europe remained the target of criminal gangs exploiting people who want to enter the EU illegally, adding: “We make no apology for our continued focus on breaking up these human trafficking operations, and protecting Europe’s border.”

Under international law, people have a right to claim asylum and it is forbidden to send potential asylum-seekers back to where their lives or well-being might be in danger. But these principles have often been ignored in Europe in recent years amid periodic surges in the number of migrants fleeing wars or poverty in the Middle East, Asia and Africa. Frontline states in the migrant crisis such as Greece and Italy have often felt overwhelmed and have at times sought to force people arriving irregularly to return to where they came from without assessing each case individually.

Poland, Lithuania and Latvia have recently allowed their border guards to perform such pushbacks after a sharp increase in crossings from neighboring Belarus of irregular migrants from Iraq, Afghanistan, Cameroon and Congo.

Johansson said there was no evidence of an increase in Afghan arrivals to the 27-nation EU “just yet” since Kabul fell to Taliban insurgents in August. However, she said Afghans had fled in larger numbers to neighboring countries that had already been hosting up to 6 million Afghan refugees before the Taliban took over. Johansson said EU countries had so far evacuated 22,000 Afghans and needed to increase resettlement offers for 2022 for the most vulnerable people, including unaccompanied minors.

“We know the situation in Afghanistan is very dire … there is a huge risk of famine,” Johansson said, adding the bloc must step up humanitarian assistance on the ground as well.

Filippo Grandi, the U.N. high commissioner for refugees, has asked the EU to take in some 42,500 Afghans over five years. But the issue of mainly Muslim immigration from Afghanistan, the Middle East and North Africa has become a hot-button issue in the EU, where many people oppose admitting more people. 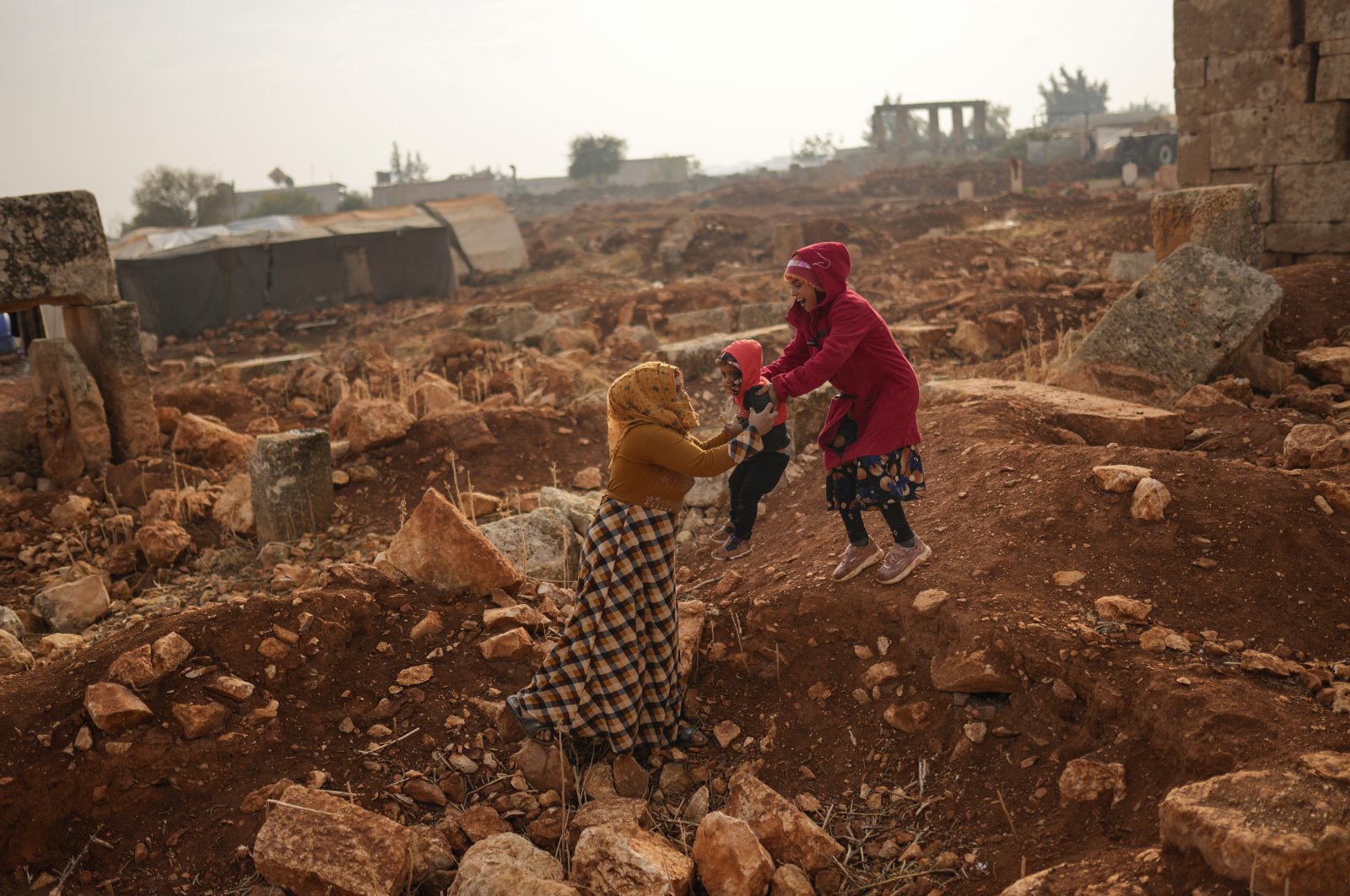 US to give $750M in aid to Syrian people