A strong earthquake in different parts of Balochistan killed at least 20 people and injured more than 300 others early Thursday morning.

Aftershocks were still being felt in different areas till hours after the quake. The earliest tremors were felt at 3:20am after which panicked citizens rushed out of their houses, reciting kalimas and verses from the holy Quran. Relief and rescue activities are underway in the affected areas with an emergency declared in all hospitals.

According to the Provincial Disaster Management Authority (PDMA), most of the deceased are children.

The quake affected Quetta, Sibi, Harnai, Pishin, Qila Saifullah, Chaman, Ziarat and Zhob in Balochistan. The magnitude of the quake was measured at 5.9 on the Richter scale.

The death toll is feared to rise. According to the seismological centre, the epicentre was located near Harnai at a depth of 15km.

Much of the damage appears to have affected the Harnai district, officials said. Harnai, which is located east of the provincial capital Quetta, has a large number of coal mines.

A medical emergency has been declared at the Civil Hospital Quetta where doctors and other paramedical staff have been recalled on an emergency basis, the MS of the hospital said.

Social media showed houses shaking and light fittings swaying as the quake struck, and later stunned residents gathering in the street in the dark.

The injured were rushed to hospital, while some were treated on stretchers in the street under phone torch light.

Pakistan straddles the boundary where the Indian and Eurasian tectonic plates meet, making the country susceptible to earthquakes.

In October 2015, a 7.5-magnitude quake in Pakistan and Afghanistan killed almost 400 people across rugged terrain that impeded relief efforts.

The country was also hit by a 7.6-magnitude quake on October 8, 2005, that killed more than 73,000 people and left about 3.5 million homeless, mainly in Pakistan-controlled Kashmir.

Rescue and relief operation is underway after the devastating earthquake in Balochistan, according to the National Disaster Management Authority (NDMA).
The Pakistan Army’s special rescue and relief team is being airlifted to Quetta and Harnai, the NDMA spokesperson said on Twitter.
According to a statement issued by the ISPR, necessary food and shelter items have been moved for the earthquake affected population.
Army doctors and paramedics along with necessary medicines are assisting the civil administration for necessary medical care, the ISPR statement read.
The ISPR said that nine critically injured people were evacuated by air to Quetta through Pakistan Army aviation helicopters.
The Balochistan (North) IGFC has also reached Harnai to assess the damage, while an urban search and rescue team is being flown from Rawalpindi to speed up and assist in rescue activities.
According to deputy commissioner of Harnai, Sohail Anwar Hashmi, several people have been rushed to the hospital in critical condition.
The deputy commissioner said that several buildings in Harnai have been damaged while many people have been left buried under the rubble. He said some government structures also were destructed. The power supply to the area has been suspended, he said.
According to the deputy commissioner, Levies and rescue teams have been dispatched to help and evacuate the affected people.
According to the rescue sources, more than 70 houses were reported damaged in Harnai.
The bodies of 10 people, including six children, and over 150 wounded people have been shifted to the hospital, according the MS Harnai Hospital.
PPP Chairman Bilawal Bhutto-Zardari has expressed heartfelt condolences over the loss of precious lives in the earthquake in Balochistan.
He demanded the federal and Balochistan governments provide the best medical facilities to those injured in the earthquake. He also urged them to announce compensation for the earthquake victims.
The PPP chairman directed his party’s provincial leadership to provide every possible support to the quake victims.
Balochistan Home Minister Ziaullah Lango had initially confirmed that 15 people lost their lives in the quake.
According to Balochistan Home Minister, the PDMA has sent heavy machinery and rescue teams to the affected areas from Quetta.
He said that there were reports of damage in Ziarat, Qila Saifullah and Sibi while most of the casualties were reported in Harnai.
According to Ziaullah Lango, most people are still stuck under the rubble of collapsed buildings.
Lango said there are reports of damage coming Ziarat, Qila Saifullah and Sibi also. “We will not leave people without help. We will make up for the losses,” he said.
An emergency was also enforced in Quetta hospitals, he said.
DG PDMA Balochistan Naseer Ahmed Nasir said said the seriously injured people have been sent to Quetta. He said it would take him time to reach Harnai as landslides occurred in some areas. 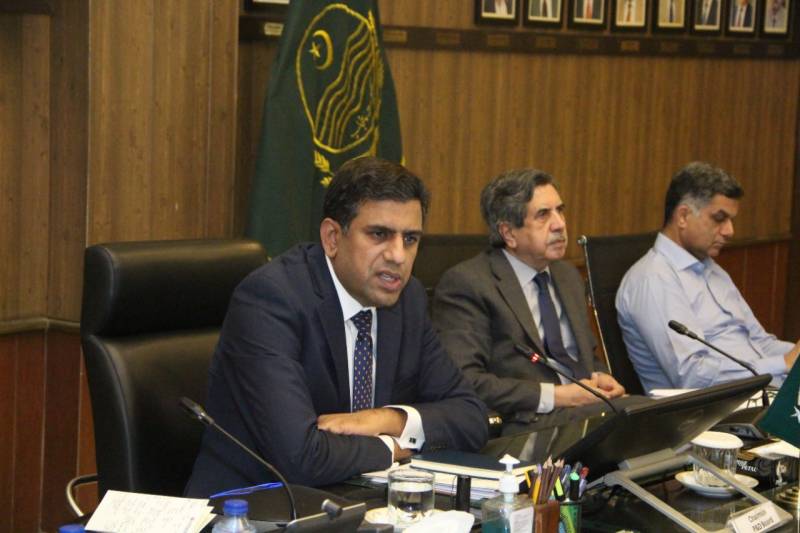 Kapil Sharma to go up & against Sunil Grover once again