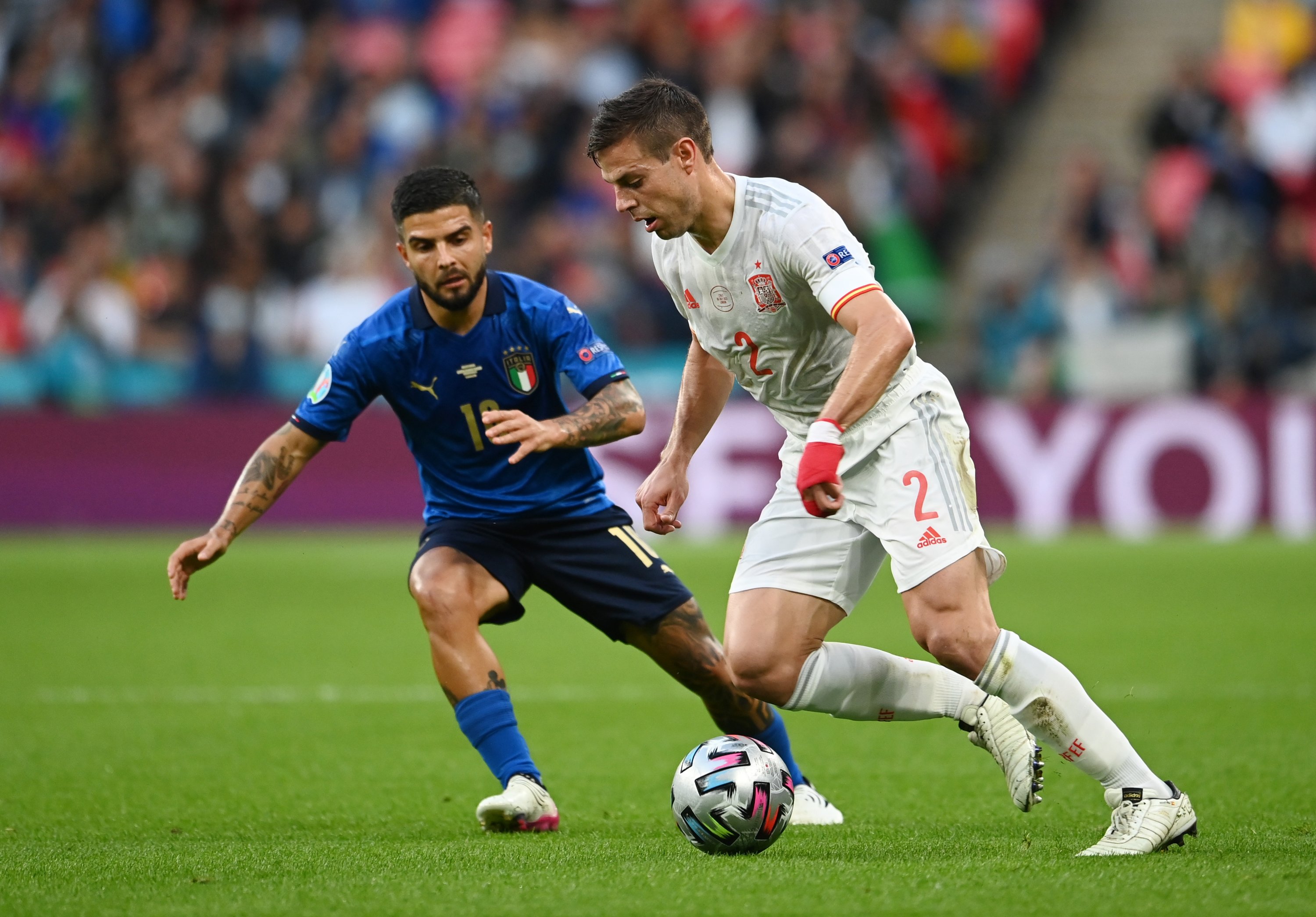 Italy and Spain are preparing for another epic semifinal just three months after their meeting in Euro 2020, this time facing each other at San Siro for the Nations League Final Four opener on Wednesday.

The second edition of the UEFA competition was originally scheduled for June but was pushed back after the Euros were delayed by a year due to the COVID-19 pandemic.

While there has been little anticipation of the tournament outside of the four competing nations, the matchups are certainly the most appetizing of the international fixtures scheduled for this week.

Roberto Mancini’s Italy is looking to emulate Portugal, which followed up its Euro triumph in 2016 by winning the inaugural Nations League on home soil in 2019.

Italy is on a world-record run of 37 matches without defeat and has a squad predictably stuffed full of players who took part in its run to glory in the Euro final over England at Wembley.

Spain finished on the losing side back in July’s Euro 2020 semifinal as the Azzurri prevailed on penalties and went on to win the tournament, beginning an unforgettable summer of sport for Italy.

“We’ll be facing a great Italy team: They deservedly beat England in the final of the Euro and they’ve kept their long unbeaten run going,” Spain coach Luis Enrique was quoted as saying by Agence France-Presse (AFP).

“But like our psychologist says, defeat comes to every team. And that means that they’re closer to losing, that time is getting nearer,” he said.

Mancini admitted that “Spain were the team we struggled against most during Euro 2020.”

“They are a good team with good players. It will be a good match,” he told UEFA.com.

The only different face from the Euro crowd was supposed to be in-form Roma midfielder Lorenzo Pellegrini, who on Sunday scored his sixth goal of the season in all competitions.

However, injuries in the run-up to and during the weekend’s Serie A fixtures mean Juventus striker Moise Kean, AC Milan defender Davide Calabria and Inter Milan youngster Federico Dimarco have all been drafted in at the last minute.

The trio has respectively come on board in place of Italy’s usual starting center-forward Ciro Immobile and Atalanta’s Rafael Toloi and Matteo Pessina.

For Dimarco, it is the first-ever call-up and comes from the man who in 2014 gave the 23-year-old his debut at Inter Milan, where he has impressed so far this season.

The match will also see the return of Gianluigi Donnarumma to the San Siro after leaving AC Milan on a free transfer to go to Paris Saint-Germain this summer.

Asked whether he might be harangued by Milan fans following a move that left a bad taste in the mouth of supporters, Donnarumma said, “It would be sad if that happened.

“I always gave everything for Milan and I hope the subject can be put to one side,” he added.

Enrique has too had injury problems with club matches coming thick and fast between last month’s international break and the Final Four.

Teenage sensation Pedri will not take part after getting injured for the second time in less than a month, missing out on a similarly young squad to the one which surpassed expectations at the Euro.

Pedri was one of the best performers of the tournament and gave a celebrated Italy midfield of Jorginho, Marco Verratti and Nicolo Barella a tough time for much of their thrilling semifinal.

Tottenham’s Bryan Gil has also been brought in after Marcos Llorente picked up a thigh injury during Atletico Madrid’s 2-0 win over Barca at the weekend, while the Catalan giants’ 17-year-old midfielder Gavi has been picked despite only having four la Liga appearances to his name.

Former Barca coach Enrique was lauded by the Italians after he heaped praise on them despite what must have been a painful defeat at Wembley, and he continued his charm offensive ahead of what promises to be a worthy opener to the Final Four.

“We could have beaten them but we didn’t manage to do it, we’re two teams with a similar philosophy and we hope to take part in another exciting match,” he said. 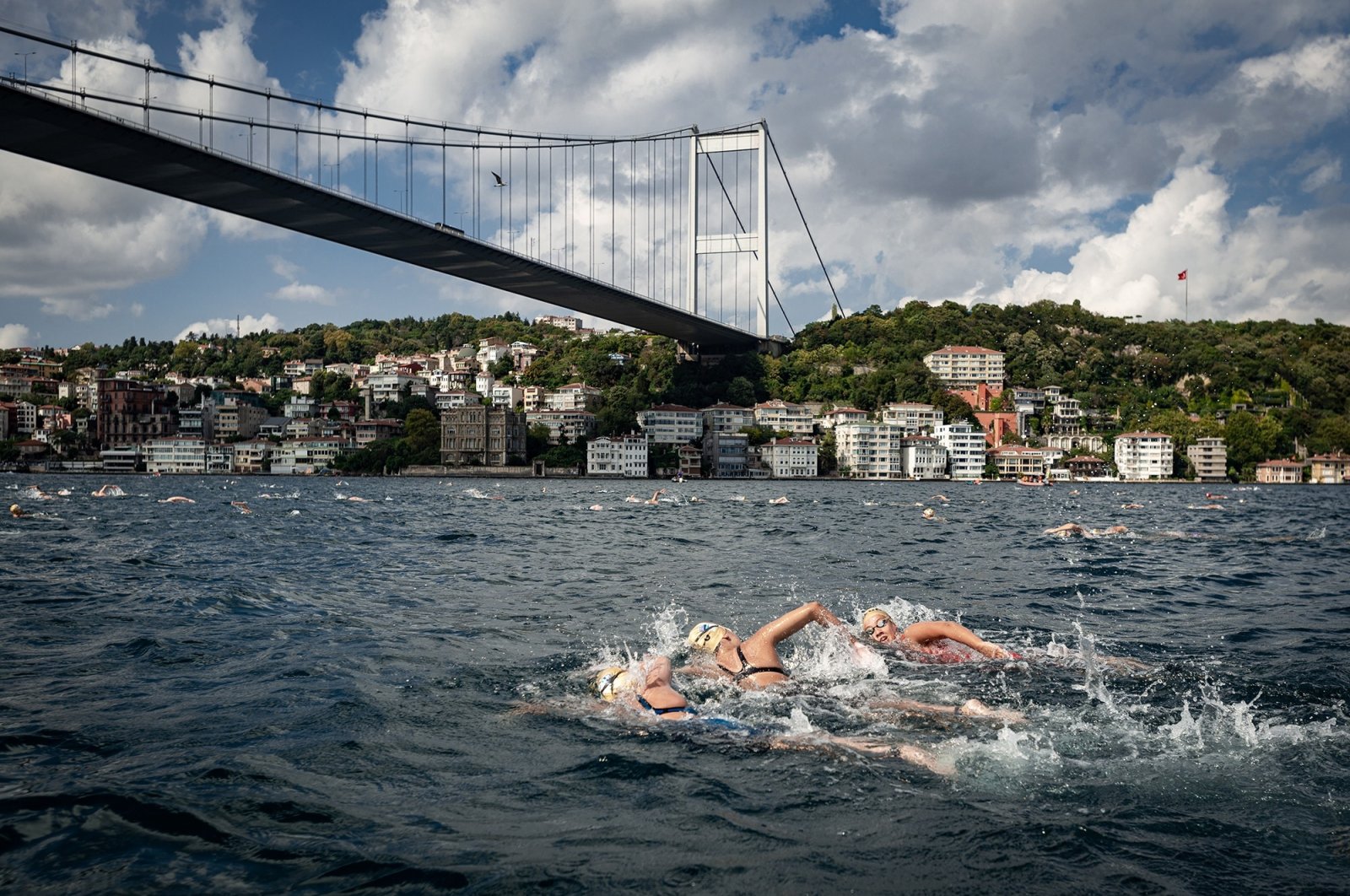 Swimmers race from Asia to Europe in Istanbul competition