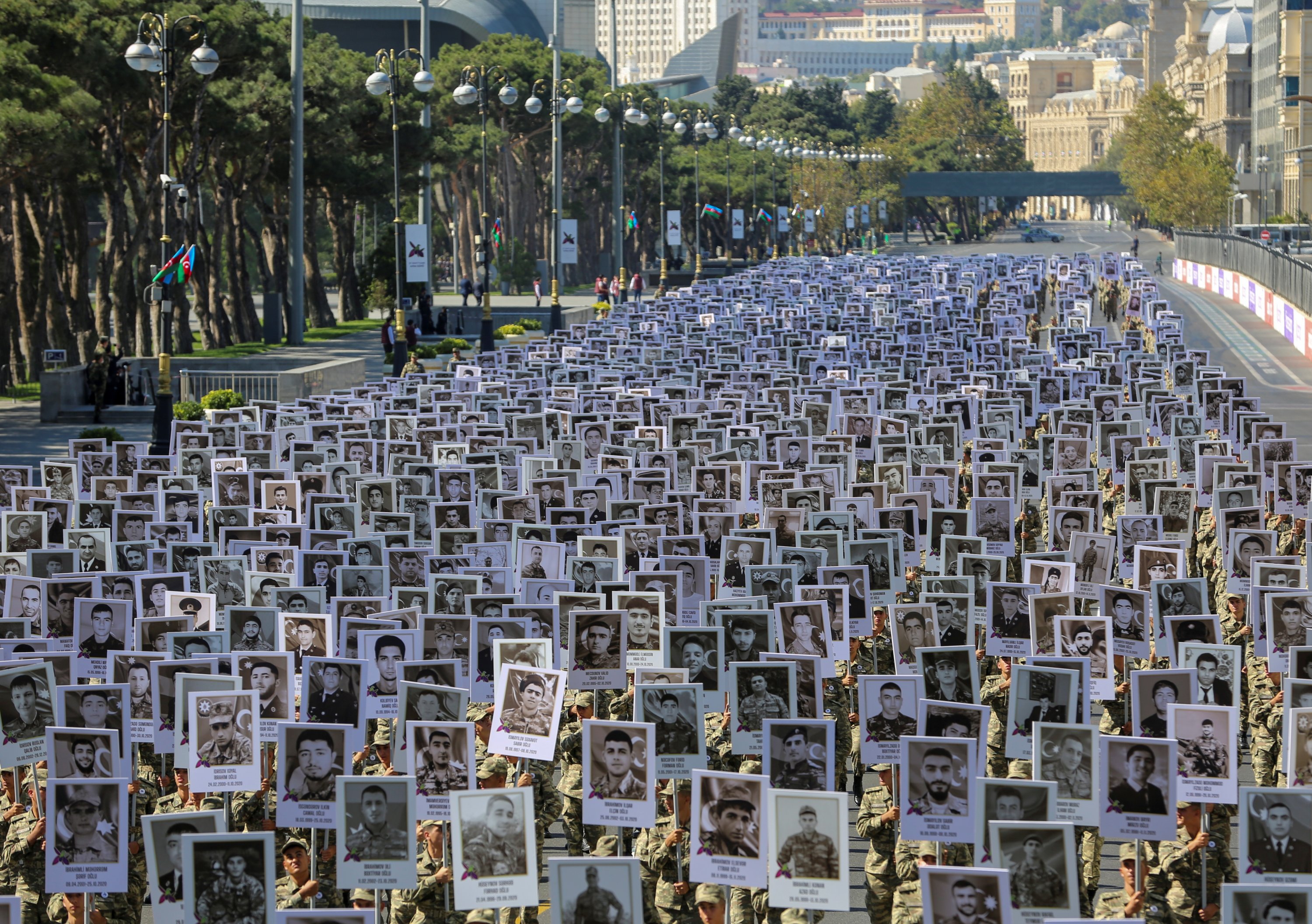 Azerbaijan’s President Ilham Aliyev and Armenia’s Prime Minister Nikol Pashinian both expressed readiness for a joint summit as the second Karabakh war between the two countries is left a year behind.

Pashinian commented on the relations between Armenia and Azerbaijan during a meeting with the Armenian community in Lithuania.

Noting that Armenia is ready to hold high-level talks with Azerbaijan, Pashinian said: “On July 1, I announced that we were ready for a high-level summit. This meeting can be at the level of foreign ministers or prime minister-president. I believe that there are no restrictions on the place and time of a meeting with the president of Azerbaijan.”

Arguing that the Organization for Security and Cooperation in Europe (OSCE) Minsk Group is experienced in organizing such summits, Pashinian said: “We are happy to state that the co-chairs of the OSCE Minsk Group have started to intensify their activities. We are ready to start the process of delineating the borders.”

Aliyev also said in a statement on Oct. 2: “I am ready and I have already stated my position. If the Armenian side is ready, I am also ready. Earlier this year, upon the invitation of Russian President Vladimir Putin, we had a tripartite meeting. I can talk to Pashinian at any time when he is ready. I am open to negotiations and I think this could be a good sign that the war is over and that page has been turned. This is very important.”

Relations between the former Soviet republics have been tense since 1991 when the Armenian military occupied Nagorno-Karabakh, a territory recognized as part of Azerbaijan, and seven adjacent regions.

The Minsk Group, co-chaired by France, Russia and the United States, was formed in 1992 to find a peaceful solution to the conflict, but to no avail. A cease-fire, however, was agreed upon in 1994.

The two countries signed a Russian-brokered agreement on Nov. 10 to end fighting and work toward a comprehensive resolution. The truce is seen as a victory for Azerbaijan and a defeat for Armenia, whose armed forces have been withdrawing in line with the agreement.

Kremlin spokesperson Dmitry Peskov also said in a statement regarding Pashinian’s plan to meet with Putin in Russia, “Pashinian is expected to visit Russia. A private meeting with Putin is being prepared.”

Regarding the Nagorno-Karabakh conflict, President Recep Tayyip Erdoğan said after his meeting with Putin in Sochi that Russia was ready to create a six-nation platform.

Erdoğan has frequently called for a six-nation platform comprising Turkey, Russia, Iran, Azerbaijan, Georgia and Armenia for permanent peace, stability and cooperation in the region, saying it would be a win-win initiative for all regional actors in the Caucasus.

Turkey believes that permanent peace is possible through mutual security-based cooperation among the states and people of the South Caucasus region.

He noted that the Zangezur corridor would provide opportunities for the region as a whole, in terms of trade and economy.

“Azerbaijan is carrying out widescale work for this corridor,” Erdoğan said, adding that Armenia also needs to fulfill its responsibilities.

Foreign Minister Mevlüt Çavuşoğlu also said last week that Turkey would coordinate all steps to be taken in terms of reestablishing relations with Armenia amid positive statements in that regard, but no meeting has been scheduled with his Armenian counterpart.

Pashinian’s spokesperson Mane Gevorgyan last month said her country is ready to engage in high-level dialogue with Turkey. She noted that Yerevan was ready to establish the highest-level dialogue with Ankara and eliminate obstacles on the transit corridor that would have to go through Armenia to connect Azerbaijan to its Nakhchivan enclave that borders Turkey and Iran.

Armenia and Turkey never established diplomatic relations and their shared border has been closed since the 1990s. The ties have further deteriorated due to Turkey’s support for its regional ally Azerbaijan, which fought with Armenia last year for the liberation of the occupied Nagorno-Karabakh region.

Ankara has pledged its full support to Baku in its efforts to liberate its lands from Armenian occupation. A joint Turkish-Russian center was established to monitor the truce. Russian peacekeeping troops have also been deployed to the region.

Meanwhile, Aliyev Monday visited the city of Jabrayil and some surrounding villages and towns in the first year of its liberation from occupation.

Speaking in the town of Sukovushan, Aliyev emphasized that this place is of great strategic importance and that the liberation of Sukovushan provided great morale for the army.

“During the occupation, the Armenians cut off the water of the Sukovushan dam in summer and opened it in winter. While our villagers and farmers were dehydrated during the summer months, the water released during the winter months would cause flooding. This shows once again what an ugly foe we are dealing with. They used every opportunity to do us more harm,” he said.

Aliyev, who also criticized former Armenian President Serzh Sargsyan in his speech, said: “The analysis of the war shows once again that the losers of this war are Serzh Sargsyan and others like him. Now they want to blame Nikol Pashinian for the defeat. It is supposed that Pashinian is guilty. Pashinian came to power in 2018. Serzh Sargsyan founded the army. He served as a defense minister, prime minister, secretary of the president, head of the security service, and became president for 10 years. We destroyed that army and destroyed Serzh Sargsyan and elements like him. Let this defeat not be blamed on Pashinian. What Pashinian did is a separate issue. But we defeated Sargsyan. The army he formed knelt before us.”

Back to imperial? Government consultation to examine ‘overbearing’ rules that force traders to use metric measurements | UK News