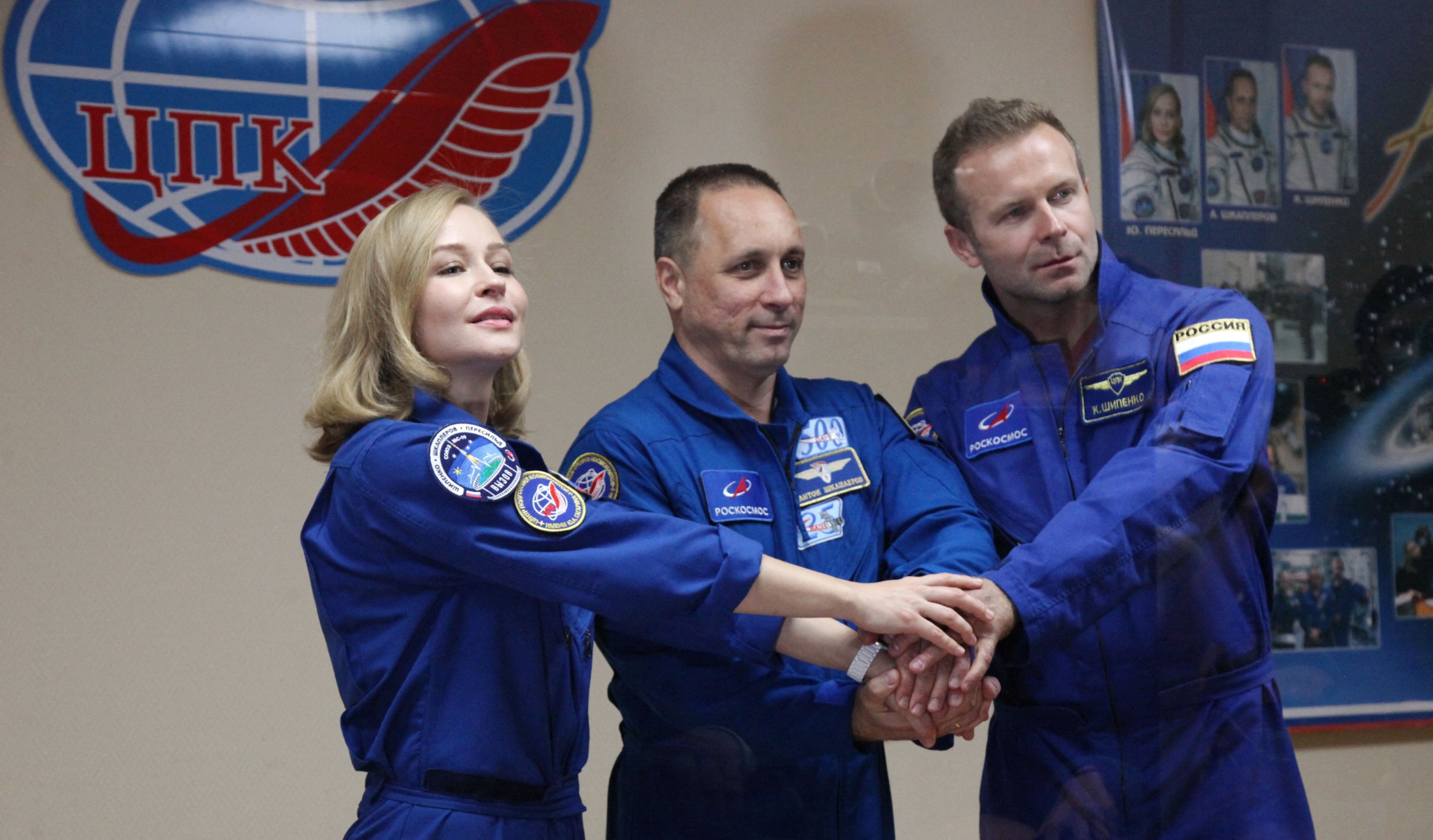 Russian film director Klim Shipkenko will have a chance to write his name in history as he prepares to make the first movie in orbit, saying Monday that it would be an “experiment,” on the eve of his journey into space hoping to beat a rival Hollywood project.

The 38-year-old director and one of Russia’s most famous actresses, Yulia Peresild, 37, are due to blast off from the Baikonur Cosmodrome, Kazakhstan at 0855 GMT on Tuesday to shoot scenes for upcoming Russian movie “The Challenge.”

Russia’s space agency Roscosmos is sending them into orbit with experienced cosmonaut Anton Shkaplerov, 49. Cosmonauts on board the International Space Station are expected to appear in cameo roles in the film.

“We are doing an experiment,” Shipenko told reporters.

“There is nobody to get advice from. There is not a single cameraman who could answer how to work with light from a porthole,” he told an online news conference.

On top of directing, he will also be handling the cameras, lighting, sound and make-up.

Following months of rigorous training ahead of the flight, Peresild said that being an actress and a cosmonaut were “two opposite professions.”

“Let’s see how we’ll combine them,” she said.

Cosmonaut Shkaplerov said that preparing to play in space was not easy.

“The script sometimes changes and I am learning it all the time. This is hard, I am not an actor,” he said.

Their experience, he added, is “unprecedented” and will be a learning experience should there be a need to send someone to space at urgent notice.

The crew said that on Sunday they watched the classic Soviet film “The White Sun of the Desert” – a pre-flight tradition religiously observed by cosmonauts.

They are each allowed to take one kilogram of personal items with them to the station. Some are bringing drawings from kids and others small souvenirs gifted by friends, they said.

Everything We Know About Stranger Things Season 4 Volume 2

After Krishna, another important artist left The Kapil Sharma Show