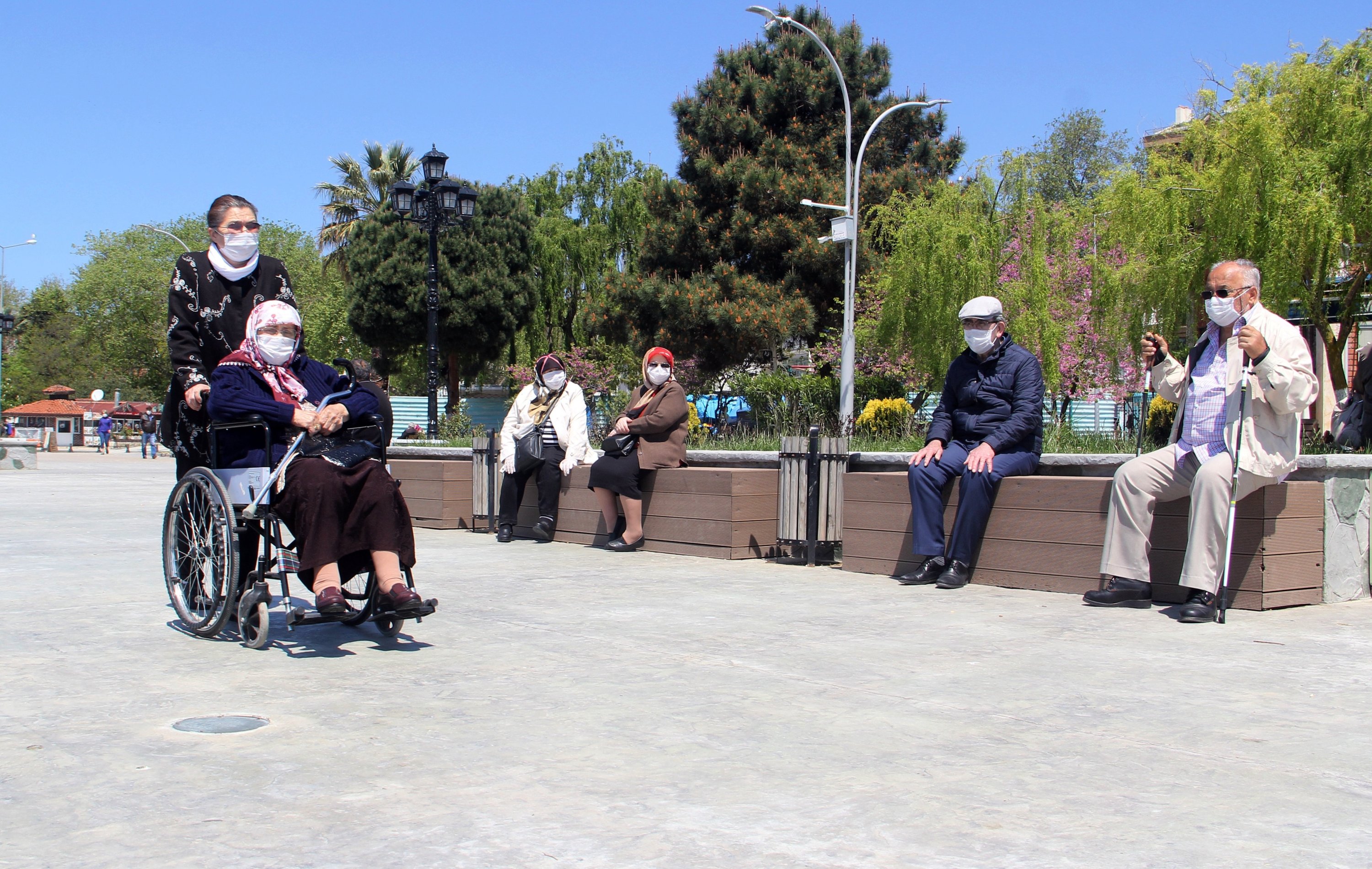 Older people, who are more vulnerable to the coronavirus, are also bearing the brunt of the disease’s psychological impact, experts have said.

The prevalence of depression among Turkey’s senior citizens has tripled as the pandemic took hold in the country, said professor Mustafa Cankurtaran, the head of the Geriatrics Department at Hacettepe University.

The elderly citizens were confined to home for months during the first and second wave of the pandemic in Turkey. Curfews and a 17-day lockdown, aiming to break the cycle of infections, derailed their lives.

Those living on their own had to suffice with phone calls with children and relatives as the pandemic further aggravated solitude. It was only this summer that they were exempted from all restrictions.

Speaking to Anadolu Agency (AA) on International Day of Older Persons this Friday, Cankurtaran said although it has been more than one year since the pandemic made its foray into Turkey, its severity is still felt and its fallout is particularly visible in the mental state of the elderly.

“Studies show the prevalence of depression tripling in this period. We are also seeing a rise in difficulty in remembering things, a prevalence of Alzheimer’s and similar conditions among our patients. But most cases are depression and dementia. We strongly suggest the elderly people see doctors specialized in psychiatry and geriatrics if they show any symptoms of these illnesses,” he said.

Cankurtaran also expressed concerns for elderly people who skipped routine health checks as “they are scared of going into hospitals due to pandemic worries … But now they are eligible for a third dose of vaccines and they should absolutely visit the hospital for routine checks,” he said.

“They have been afraid of being infected, spent a long time at home and could not carry out daily activities. They had to cut off contact with social circles. Eventually, they started thinking more and more whether this will be a permanent situation, which triggered more cases of depression,” she added.

Boston Children’s Hospital was target of cyberattack thwarted by FBI

Without boosters, vaccination is not effective for omicron: Study