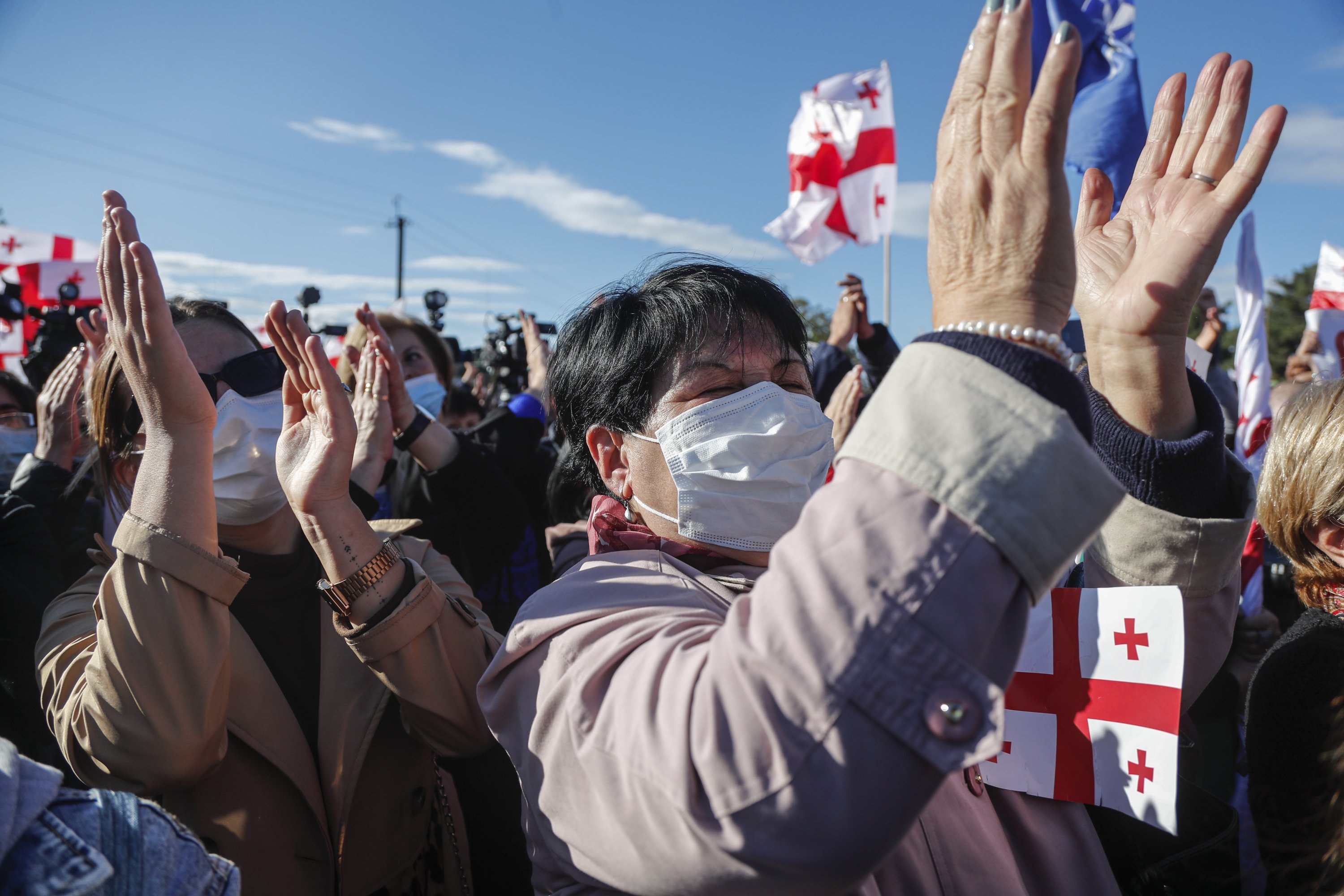 As the Georgian prime minister threatens to levy fresh charges against jailed ex-leader Mikheil Saakashvili, nearly 3,000 supporters of the politician and his United National Movement party have gathered outside his prison Monday, demanding his release.

Saakashvili – the founder of Georgia’s main opposition force, the United National Movement, and president from 2004-2013 – secretly returned from exile on the eve of Saturday’s local elections and was swiftly arrested.

Waving Georgia’s red-and-white flags and chanting Saakashvili’s name, supporters gathered in front of the prison in Rustavi outside the capital Tbilisi and vowed to stage mass protests in the coming days.

“Saakashvili, who rebuilt Georgia, is in prison and those who are ruining the country are in power,” 51-year-old nurse Natela Svanidze, told Agence France-Presse (AFP).

Saakashvili was convicted in absentia on charges of abuse of office and sentenced to six years in prison in 2018.

On Sunday, Prime Minister Irakli Garibashvili said in televised remarks that “no one on the planet can convince us to release Saakashvili.”

The flamboyant pro-Western reformer was stripped of his Georgian passport after he acquired Ukrainian nationality and went on to head a government agency steering reforms in that country.

Ukrainian President Volodymyr Zelenskyy has said he will press for Saakashvili’s release.

Garibashvili said that “Saakashvili will serve out his sentence in full and then, of course, he can return to Ukraine.”

The Georgian prime minister said that Saakashvili had a choice.

“Saakashvili had to leave politics or we had to detain him,” he said, adding “he better behave or we will bring against him fresh charges and others will join him (in prison).”

“The man is not quitting politics, is not asking for forgiveness, and is not applying for a pardon,” Garibashvili added.

Georgian President Salome Zurabishvili, who is Saakashvili’s longtime foe, has said she “will never pardon” him.

The 53-year-old has denied wrongdoing, denounced his sentence as politically motivated, and went on hunger strike after his arrest.

The ruling Georgian Dream party led Saturday’s local elections with 46.7% of the vote, while all the opposition forces garnered a total of 53.3%.

In all the major cities – including capital Tbilisi – second round runoffs are expected on Oct. 30 between mayoral candidates from the Georgian Dream and the UNM.

Observers from the Organisation for Security and Cooperation in Europe said the ballot was “marred by widespread and consistent allegations of intimidation, vote-buying, pressure on candidates and voters.”

Saakashvili said the result showed the opposition was gaining momentum and urged opposition parties to “unite, forget all the grievances and restore democracy in Georgia for good.”

“Now – in all major cities where the second round is to be held – we should go on a much stronger offensive,” he said in a post on Facebook on Sunday.

Echoes of one million lost to COVID in the US