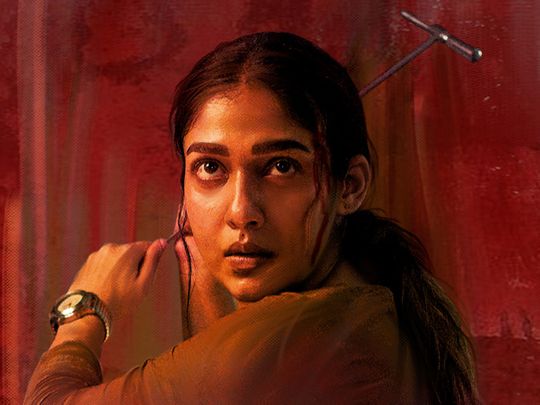 The film, which has faced delays due to the COVID-19 pandemic, has yet to be released for a release date.

“Netrikann” (“The Third Eye”) is said to be a remake of the 2011 Korean film “Blind,” which is about a female police student who is blinded in a hit-and-run accident and later helps a detective in the case. A Bollywood remake of the Korean film is also underway with Sonam K Ahuja taking the lead.

“Netrikann” is directed by Milind Rau and produced by Nayanthara’s partner Vignesh Shivan under his Rowdy Pictures banner.

“Happy and proud [to] Be a companion!!! Release date is very close,” Shivan tweeted along with a post about Netrikann. The director has been dating Nayanthara since 2015.

“Attlee and Shahrukh Khan have both had a chat with Nayanthara for a while now and things have finally gone downhill. A source was quoted as saying by Pinkvilla on July 21: “The actress was involved in the action thriller and the paperwork was done too.”

The Bahrain Film Festival welcomes the participation of Emirati citizens

To Kill a Mockingbird returns to Broadway with the original stars

From Kareena Kapoor to Ranbir Kapoor in Dubai, here’s a look at what Bollywood stars have been up to this week