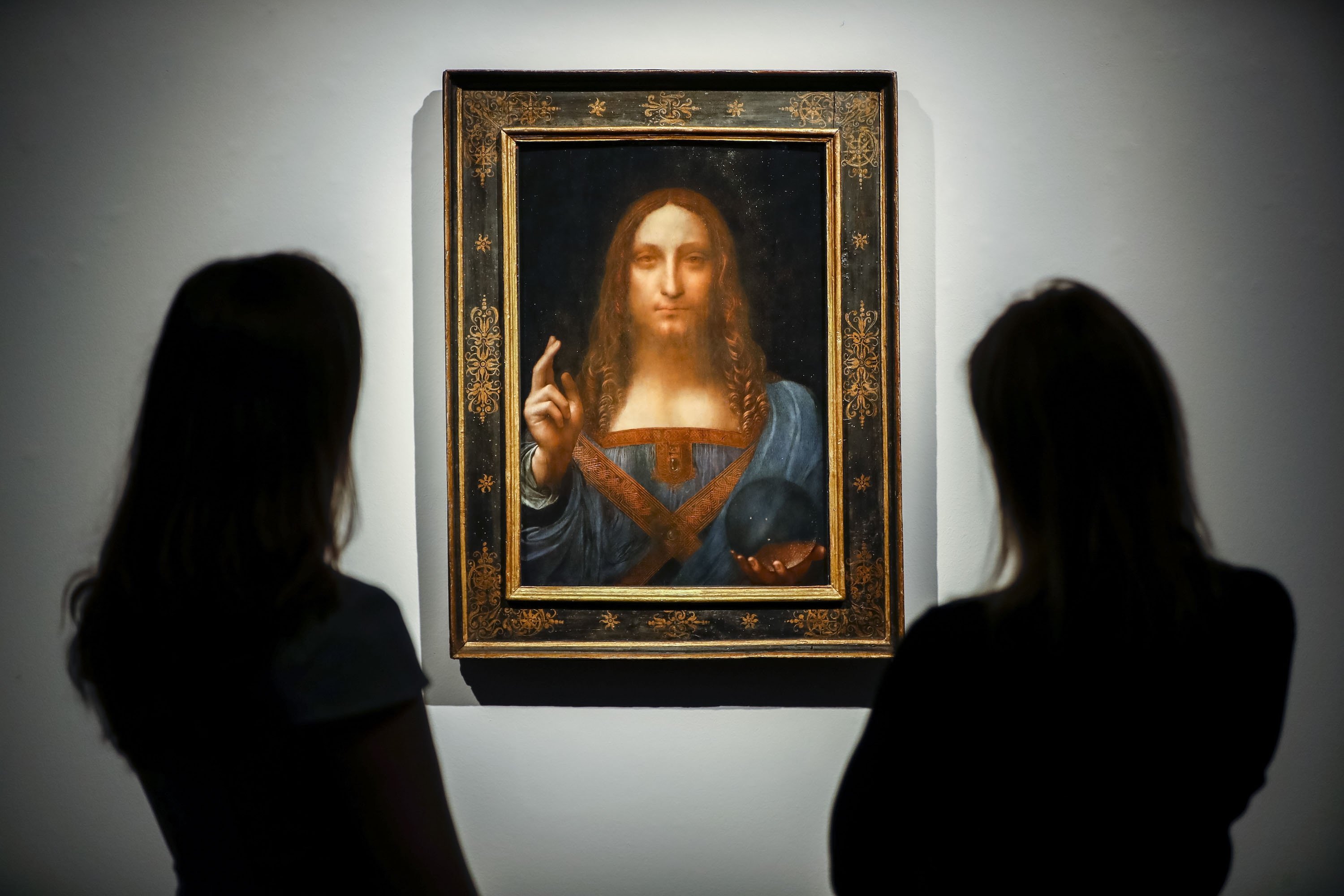 The mystery behind the world’s most expensive painting “Salvatore Mundi”, which Leonardo Da Vinci was said to have painted, will be revealed in a French documentary set to be shown next week. According to the movie, Da Vinci himself only made part of the piece.

It was later revealed that the secret buyer was Saudi Crown Prince Mohammed bin Salman (MBS), although this is still denied in Riyadh.

But there have long been questions about whether this is entirely Da Vinci’s work.

The issue reappeared when The painting did not appear as planned at the Louvre Abu Dhabi in 2018. Then at the Da Vinci blockbuster show at the Louvre in Paris the following year.

Now begins the documentary “The Savior for Sale” by Antoine Witkin, which will be shown for the first time on French television, to reveal what is going on behind the scenes.

In the film, senior officials from the government of French President Emmanuel Macron, who appeared under pseudonyms, asserted that a scientific analysis of the lavishness of the painting concluded that while it was produced in Da Vinci’s workshop, the master himself only “contributed” to the painting.

This seems to have happened badly with the Saudis.

The disagreement is about authenticity

“Things have become incomprehensible,” one French official said in the film. “Mohammed bin Salman’s request was very clear: Show Salvatore Mundi alongside the Mona Lisa and present it as 100% Da Vinci.”

The official said the Saudis had offered various deals, but his recommendation to the Elysee was that this would amount to “laundering an artwork worth $ 450 million.”

The documentary alleges that some members of the French government, including Foreign Minister Jean-Yves Le Drian, lobbied on behalf of MBS’s request. They expressed concern about the impact this would have on France’s wide-ranging strategic and economic relationship with Saudi Arabia.

But the documentary said Macron ultimately decided to reject Mohammed bin Salman’s request, leaving it to the Louvre to negotiate with the Saudis over how to display the painting retrospectively. No agreement was reached and the museum declined to comment on the issue.

“Saudis are afraid of this controversy over originality,” says Chris Dercon, who heads one of France’s largest museums and advises the Saudi government on art, in the documentary.

“They are afraid that people will say, both at home and abroad, ‘I spent all this money on something that is not Da Vinci.’

The painting was initially purchased in 2005 for only $ 1,175 by an art dealer from New York and has been restored in the United States.

Several British experts certified the painting as the long-lost Da Vinci and it was presented as such at the National Gallery in London in 2011 before it was sold to the Russian oligarchy for $ 127.5 million two years later.

Holi 2021: Celebrate the festival of colors with these Bollywood films

Stocks are at all-time highs and the US economy is booming. So why is everyone afraid?