After an exchange of fire with CTS officials in Karachi, an alleged target killer of MQM-L, Azzam alias Ganja, was killed in the Bagh Kurangi district.

CTD raid team killed “target killer MQM-L” in a confrontation in Bagh Kurangi district of Karachi, while his partner managed to escape from the outpost. Azzam “Ganga” was alleged to have been a close aide to the infamous criminal Junaid also known as Bulldog and a key member of the targeted assassin squad in the political party’s Kurangi sector, according to a CTD spokesperson.

The deceased man was allegedly involved in various criminal cases. The spokesman said that Azzam committed murders against the backdrop of the unit and sector directives between 2012 and 2013, when he killed a person near a police checkpoint in Tasfir Mahal and targeted a MQM activist, Haqqi Farouk in Landy.

As per the directives of the responsible sector, Azzam Ganga killed a worker in his political party in Kuranji. 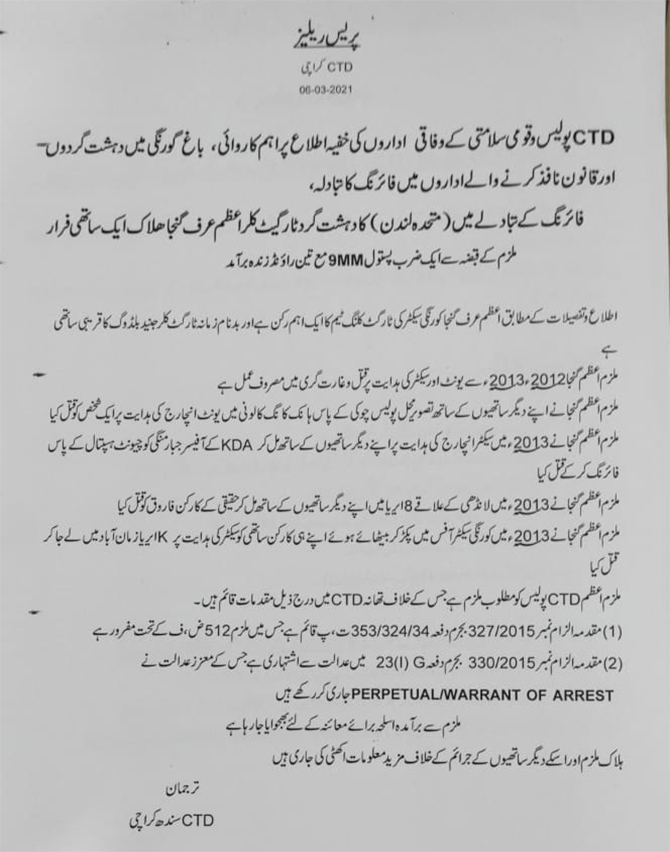 Two cases against the deceased target killer were registered with the Counter-Terrorism Service and the court declared him a criminal.

According to the Counter-Terrorism Center, a pistol was recovered from his possession and sent for forensic examination.